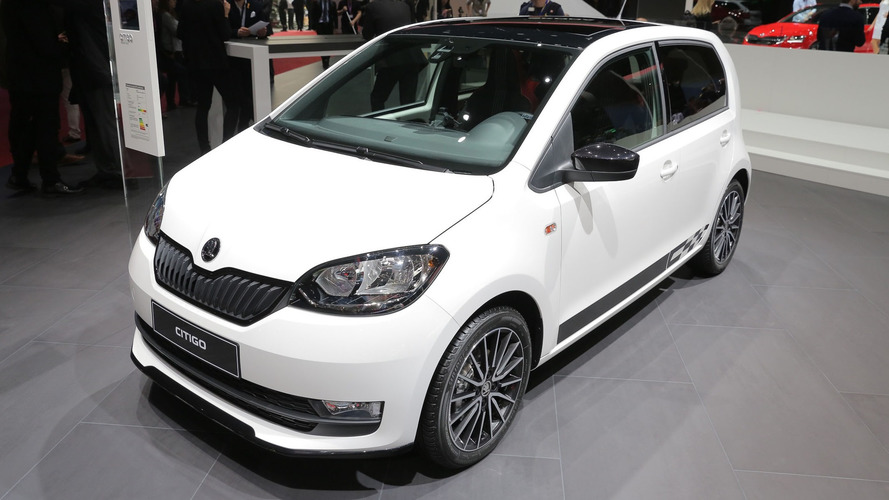 The dash's glossy finish makes it a fingerprint nightmare.

Going up against the new Kia Picanto also being showcased in Geneva, Skoda’s smallest car on sale today takes a more conservative design approach both inside and out. The Czech car manufacturer has decided to make the Citigo a tad more exciting by giving it some cosmetic tweaks for a bit more visual flair, but there's not a great deal to write home about.

Despite being merely a facelift, the A-segment car has actually grown in size as it’s now 34mm longer than before. LED daytime running lights and cornering fog lights are mentioned in the list of novelties, along with fresh 15-inch alloys and a striking Kiwi Green paint. Buyers will be able to further customise their Citigo by getting a two-tone colour pack to show off their style. Or lack of it.

Like most Skodas on sale today, the 2017 Citigo now has its own umbrella, but don’t expect its quality to be on a par with the one provided by Rolls-Royce. The glossy dashboard might look nice when it’s perfectly clean, but give it some time and we suspect dust and fingerprints will take their toll on the dash’s shiny appearance.

Revised infotainment systems are part of the city car’s refresh, along with some tweaks to the instrument cluster and the leather-covered steering wheel. Customers willing to fork out more money can order extra extras like automatic climate control, light and rain sensors, and other miscellaneous goodies.

Sadly, Skoda’s update for its pint-sized model does not include the 1.0-litre TSI engine you can have in its plushier sibling, the Volkswagen Up. The revised Fabia and Rapid also on display in Geneva have got it, so those in need of turbo power will have to pay more to get one of the two larger cars. If you’re after lots of horsepower and space, you can’t go wrong with the Octavia RS 245. 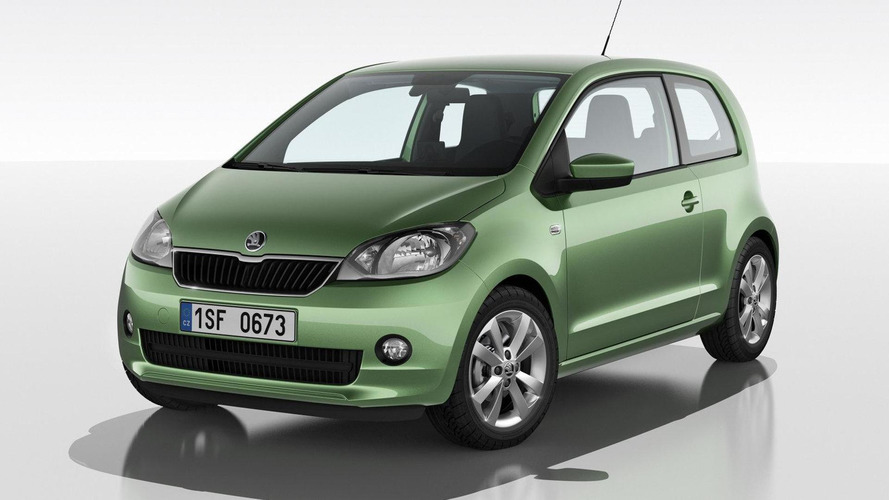