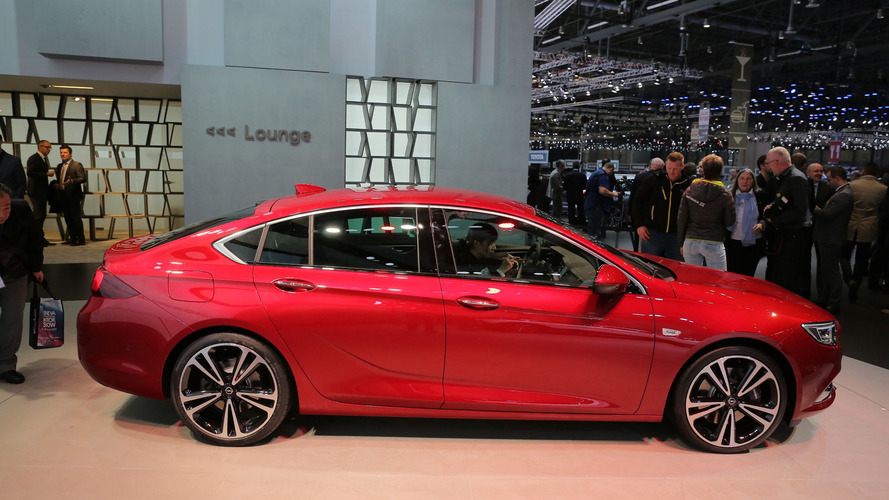 This or a Volkswagen Passat?

This year could be the most important in Vauxhall’s history. The brand has been bought by PSA Group as part of a rather surprising deal worth £1.9 billion. It’s is also launching two models, expected to become best-sellers for the marque – the Crossland X and the second generation Insignia, in both saloon and wagon versions, which make their debuts in Geneva.

The new French owner of Vauxhall has promised not to interfere with the brand’s development process and work mainly on the business side, but the new Insignia could very well be one of the last models based on a GM platform. The vehicle is bigger than before and now offers an extra 32mm room at hip height, along with 25mm more shoulder room, and knee room.

At a five-seat cabin layout, the boot of the saloon (Insignia Grand Sport) stands at 490 litres and 1,450 litres once you fold the rear sets down. If that’s not enough space for your luggage, you can go for the estate variant (Insignia Sports Tourer), which has an extra 30 litres for a grand total of 520 litres. At a two-seat configuration, the cargo capacity is 1,638 litres, representing a 108-litre increase over the model it replaces.

Standard models will be driven by the front wheels, while the more expensive variants will receive an all-wheel drive system with torque vectoring. There are quite a few powertrain options – the entry-level model comes with a 1.5-litre turbocharged four-cylinder petrol engine in two power stages – 138hp or 164hp. There’s also a bigger 2.0-litre turbo unit with 256hp, connected to a new eight-speed automatic transmission. If you want a more frugal option, Vauxhall has a 1.6-litre unit with 109hp and a beefier 2.0-litre motor with 168hp.

More about the new Insignia:

The new Insignia will be used as a global platform for other vehicles under the General Motors umbrella. The Aussies will be getting the next-generation Holden Commodore with a range-topping model, featuring a 3.6-litre V6 engine with 308hp, nine-speed automatic gearbox, and all-wheel drive. In America, Buick will sell the new Regal on the same platform.