Aston Martin Valkyrie is a V12 spaceship on wheels in Geneva 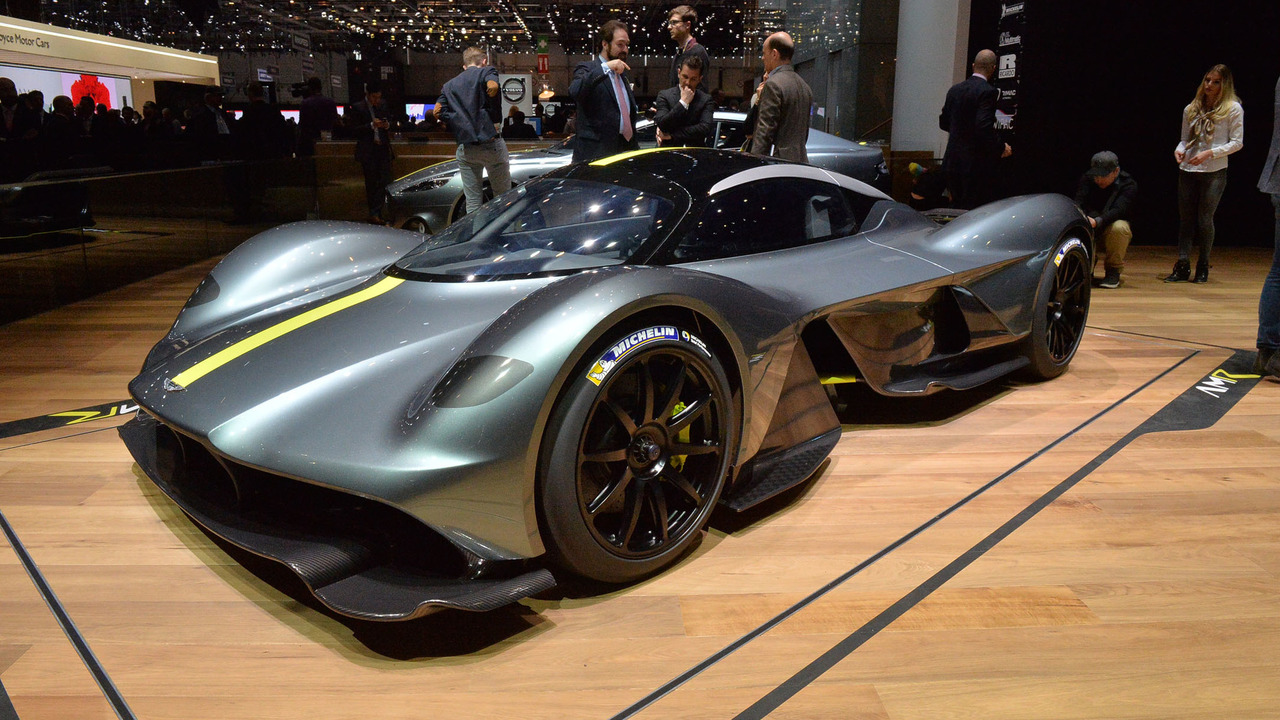 The low-slung, curvaceous body makes the hypercar look like it teleported itself from the future.

A little over two years ago, Aston Martin shocked us in the best possible way with its menacing Vulcan, a track-only V12 beast with a monstrous 820hp. The talented engineers from Gaydon are cooking up yet another V12 hypercar, and this time around it’s going to be street-legal. Originally known by its AM-RB 001 codename, the Valkyrie is in Geneva these days with its cool moniker originating from Norse mythology.

Speaking of names, some big ones are joining Aston Martin’s effort to create what will be one of the fastest production cars ever. At the forefront we’re finding Red Bull Advanced Technologies and Red Bull Racing F1’s Chief Technical Officer, Adrian Newey. Cosworth will be responsible for providing the bespoke naturally aspirated 6.5-litre V12 engine set to work together with a hybrid setup developed in collaboration with Rimac — none other than the talented folks behind the amazing Concept_One electric hypercar.

It’s going to have the magical 1:1 power-to-weight ratio and will channel all of its muscle to the road through a Ricardo seven-speed gearbox developed specifically for the Valkyrie. The star-studded list of partners also includes Michelin for the Pilot Sport Cup 2 265/35 ZR20 front and 325/30 ZR21 rear tyres wrapping the 20- front and 21-inch rear magnesium alloy wheels.

Multimatic is in charge of supplying the carbon fibre MonoCell, while the stopping power granted by the high-performance brake calipers and carbon discs is going to come from Alcon and Surface Transforms. Bosch is also providing its software expertise by developing the much-important engine control unit (ECU), as well as the traction control and the ESP.

With so many high-ranked companies coming together in a joint effort to create the ultimate hypercar, there are reasons enough to believe the Valkyrie’s spaceship-like stunning design will be matched by its performance. We are going to find out in 2019 when Aston Martin will kick off customer deliveries of the 150 road-going cars planned for production. An extra 25 track-only units are also in the works.

Price? If you have to ask, you probably can’t afford it. It doesn’t actually matter since all road cars have already been pre-sold.