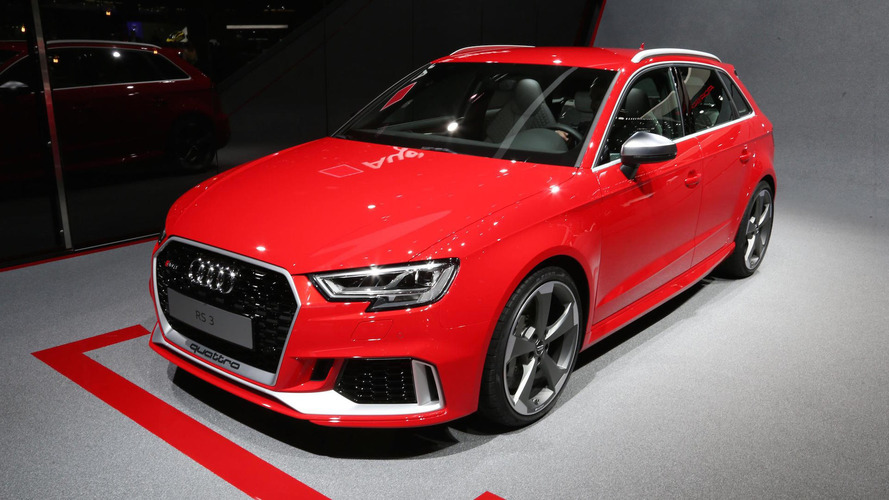 Not much has changed in terms of performance. The same 400hp, 2.5-litre five-cylinder engine is found under the bonnet – that’s 33 extra horses over the outgoing model. In the five-door layout, it will still blast to 62mph in just 4.1 seconds and continue on to an electronically limited top speed of 155mph.

Power is channelled via a seven-speed dual-clutch S Tronic transmission and sent to all four wheels via Audi’s Quattro all-wheel-drive system, of course. An electro-hydraulic multi-plate clutch distributes the drive torque variably between the axles, but sees most of that power sent to the rear at high speeds.

The suspension has been dropped 25mm over the standard A3, the front axle is stretched outwards by about 20mm. The RS3 rides on a set of 19-inch alloy wheels wrapped in 235/35 tyres all surrounding a set of 310mm brake discs.

Like the saloon, the RS3 Sportback gets an aggressive exterior design that sees features like a more pronounced honeycomb grille, larger air inlets, and more angled side sills. LED headlights, a roof edge spoiler, a diffuser, and an RS exhaust system finishes off the package.

UK deliveries are expected to start in August. Prices are yet to be confirmed, but expect it to start at around £46,500. 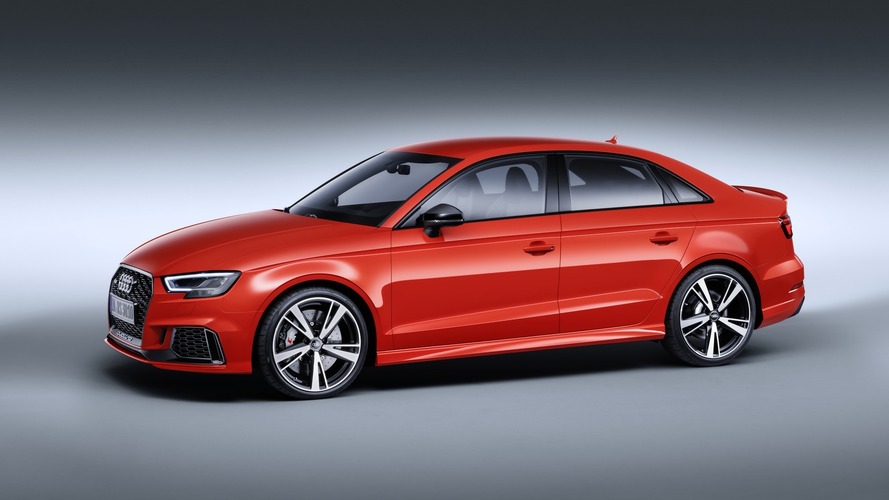