A tuner's take on the Aston Martin DB9 Volante.

After reinterpreting the DB9 Coupe for last year’s Geneva Motor Show, Kahn Design is giving the droptop version a similar bespoke treatment for the same event in Switzerland. It carries over the redesigned bodywork with a different front fascia dominated by the large black grille featuring vertical slats. Both front and rear bumpers have been remodelled for the Vengeance Volante to further differentiate the special model from its donor car.

Moving at the back, the Aston Martin DB7 Zagato traits are evident in the round shape of the taillights and the prominent boot lid spoiler. The roulette-like two-tone alloy wheels measuring 20 inches at the front axle and 21 inches at the back have been sourced from the coupe from where the cabriolet has also inherited the exhaust system with dual exhaust tips featuring a crosshair design.

The interior hasn’t been subjected to drastic changes, but it is worth mentioning the seats have been reupholstered in black leather and there are plenty of silver accents throughout the cabin for a contrasting effect. 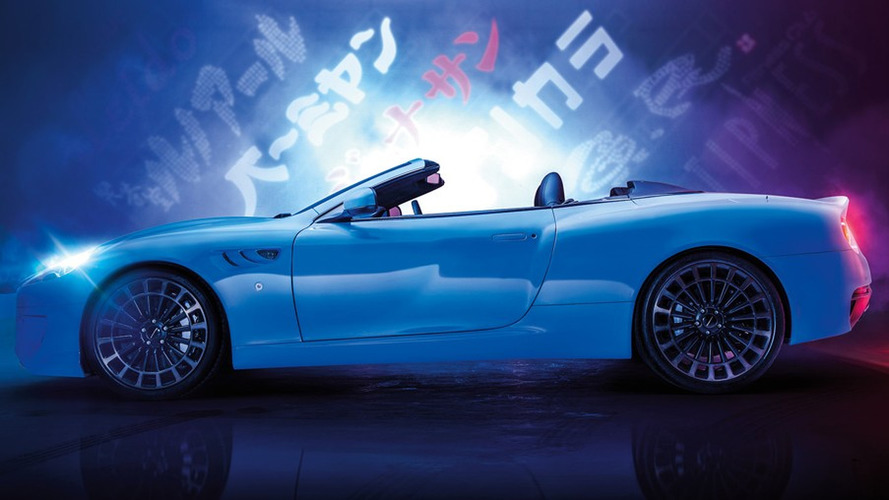 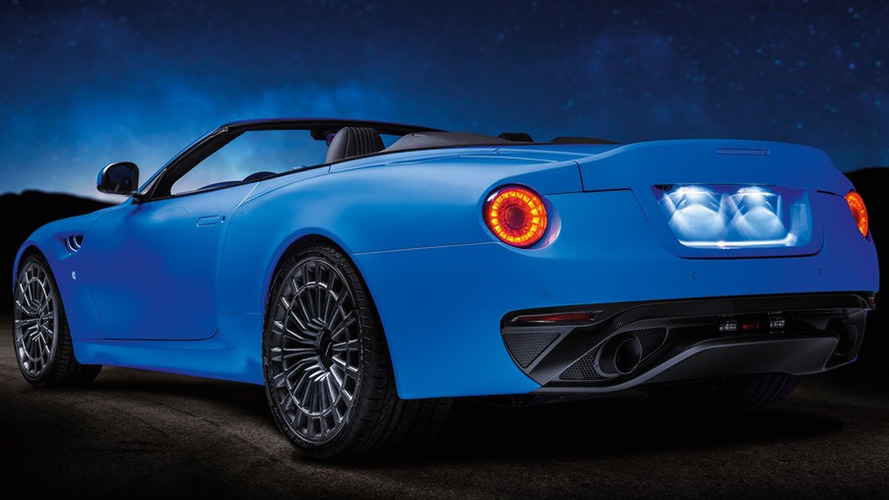 Since Kahn won’t be fiddling with the DB9 Volante’s hardware, it means the Vengeance Volante is going to use the same naturally aspirated 6.0-litre V12 engine producing 510hp and 457lb ft of torque.

Only three cars are going to be made, one set to be built in left-hand-drive specification and the other two with a RHD layout. These three convertibles are going to join the two coupes, one of which is for sale on Kahn’s website at an undisclosed price tag. According to Autocar, the Volante version kicks off at £480,000 before adding any optional goodies.

As a final note, Aston Martin is going to have the all-new DB11 Volante on sale in the spring of 2018, but we probably won’t have to wait that long to see it in the metal since a reveal might occur before the end of this year.

World premiere of the Vengeance Volante by Kahn at the 2017 Geneva Motor Show.

Following the successful launch of the original Vengeance at the 2016 Geneva Motor Show, this year will see Kahn Design debut a new convertible variant, the Vengeance Volante.

Like its predecessor, the Vengeance Volante is built on Aston Martin’s bonded aluminium and composite VH platform, chosen for its lightweight strength and torsional resistance, and is manufactured in the UK using traditional British coachbuilding techniques.

The Vengeance Volante’s sweeping streamlined curves take inspiration from classic Aston Martin designs of the late twentieth century, swapping the contoured roof of the original Vengeance for a cabriolet hood, while retaining the distinctive widened C-pillars and wings.

Details such as the purpose designed crosshair exhaust system and rear lighting, as well as the lightweight sculpted wheels are a nod to the Volante’s heritage, but with the top down, the lower profile silhouette enhances the muscular proportions of the car.

“Creating a convertible version of the Vengeance posed some challenges, given the unique coach built nature of the vehicle, but we’ve overcome them in true British fashion. Following a detailed programme of testing, I’m delighted to be able to unveil the Vengeance Volante at this year’s show, and I’m confident it will receive the same enthusiastic reception as the original model did in 2016,” Afzal Kahn said.

As with the hard top model, the Vengeance Volante will be produced in limited numbers, and investors and collectors alike are invited to place orders early to avoid disappointment.

Inside, the Black luxury leather fluted front and rear seats have been handcrafted and stitched by our team of experts. Furthermore, door tops and door top inserts along with a fluting design on the centre armrest through to the parcel shelf is a beautiful example of British craftsmanship at its best.

The Vengeance Volante will be on display for the first time at the Geneva Motor Show, Stand 6338.