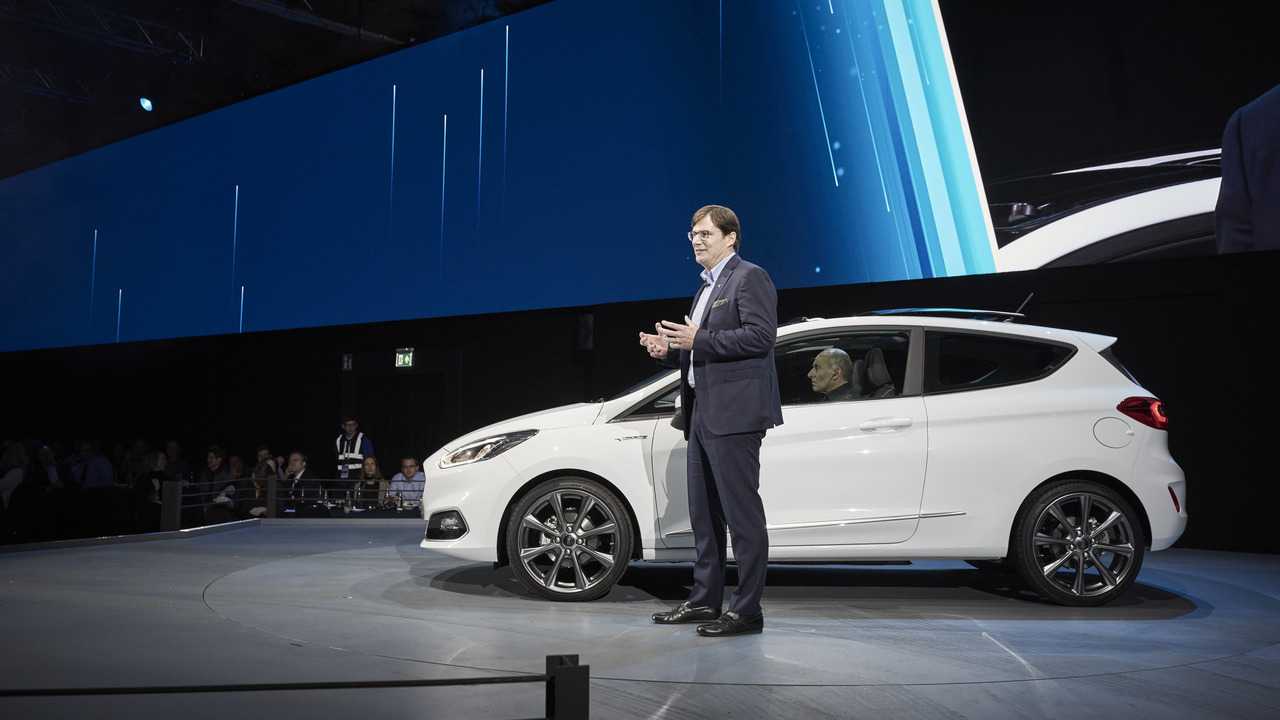 Ford has revealed prices for the new Fiesta will start from £12,715 when the new car goes on sale in the spring. The range includes nine trim lines with the entry-level price buying a 1.1-litre 70hp Fiesta Style 3-door; the 5-door is £650 extra.

58 percent of Fiesta buyers choose a Zetec, making it a key model for Ford. The firm has thus carefully tailored standard equipment: all Zetecs include 15-inch alloys, Quickclear heated windscreen, plus a 6.5in touchscreen with Ford Sync 3 – this has both Apple CarPlay and Android Auto as standard.

All Fiestas include air con as standard, plus a so-called NCAP pack comprising lane-keep assist, speed limiter, rear seatbelt reminder, rear centre headrest and automatic headlights. However, autonomous emergency braking with pedestrian protection remains an option on all models. It costs £400 on the volume Zetec models, £500 on base Style – but Ford does say it’s the firm’s first car to use an enhanced system that can detect people who may be about to cross the car’s path, even before they stand in front of it.

In total, 15 driver-assist features are either standard or optional. That’s as many as the posh Ford Edge SUV, says Ford – and means the Fiesta becomes “the UK’s most technologically advanced small car”.

The new Fiesta range arrives in UK dealership this summer, with the Active crossover and ST hot hatch models following later. Ford will, however, have new B&O Play and posh Vignale models available from launch. B&O Play series is offered on Zetec and Titanium grades, and comprises 10 speakers including a subwoofer in the boot and stylish-look central speaker on the dashboard. It also gets an upgraded 8.0-in ‘floating’ tablet-style touchscreen including standard sat nav; prices start from £15,165.

Andy Barratt, chairman and managing director, Ford of Britain, said: “Ford’s 40-year reign of the UK car market began in 1976 when the Fiesta was first launched.  Since then Fiesta has been firmly established as part of the fabric of Britain – and remained at the top of the sales charts for the last eight years.”

He’s bullish about the chances of the new model, too. “With so many new Fiesta faces coming this year, including B&O PLAY Editions for music lovers and the luxurious Vignale execution, it’s set to stay at number one.”