Mercedes-AMG GT Concept shines in yet another teaser 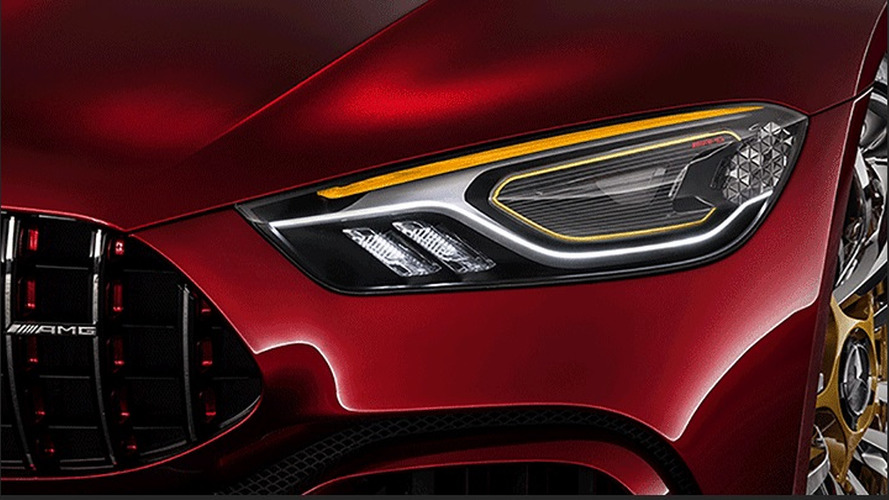 Short animation allows us to see intricate headlights in action.

The third and possibly final teaser Mercedes-Benz has prepared for its new GT four-door sports car showcases the concept’s high-tech headlamps through a GIF. Joining the two-door coupe and cabrio GT models, the more practical Geneva showcar serves as a sneak preview of a production model set to battle the Porsche Panamera.

The new arrival in the company’s growing line-up has been introduced because Mercedes-Benz believes the CLS is not really a direct adversary of the Porsche. Instead, Mercedes-AMG has created a four-door sports saloon part of the GT family to fully go up against the Panamera.

Technical specifications are not available at this point, but all of the teasers so far have revealed an aggressive design with a huge rear diffuser and a massive centre-exit exhaust. Factoring in the flared wings, large alloy wheels, Panamericana grille, and the sizeable vents, it means the GT Concept packs some serious heat.

The teaser clip published yesterday revealed the Geneva-bound vehicle will be electrified: it wears side cameras featured 'EQ Power' lettering as a nod to the company's new 'EQ' division of alternatively powered cars. It won’t be a pure electric concept, though: the aforementioned exhaust tip indicates the presence of a beefy IC engine. In other words, the GT Concept will adopt a hybrid powertrain and will likely provide a glimpse of a Panamera Turbo S E-Hybrid adversary.

It remains to be seen whether the concept’s ICE will be a biturbo 4.0-litre V8 borrowed from the road-going AMG GT coupe and cabrio models, or if the car will use a different engine. But we won’t have to wait too long to find out, as Mercedes is going to fully reveal the concept tomorrow on the dawn of the 2017 Geneva Motor Show.

Motor1 will be on location to take live shots of the AMG GT four-door sports car concept and will also have images straight from the show floor of all big debuts.