Volkswagen Arteon is a sexy CC replacement with premium aspirations

Positioned above the Passat, the Arteon will serve as VW's flagship model in Europe.

The old Volkswagen CC was without any shadow of a doubt one of the most attractive models in VW's range, so it was a sad day when the folks from Wolfsburg announced the saloon’s termination. The good news is a worthy successor is ready to grace the Geneva Motor Show floor with a bold exterior design and all the interior luxury VW can offer right now.

If the design seems familiar, it’s because the Arteon was previewed at the same Swiss auto expo in 2015 by the Sport Coupe Concept GTE. Putting the two cars side by side reveals the road-going model hasn’t lost it pizzazz on its way to the assembly line. In the range-topping R-Line specification below, the similarities between the two are striking. 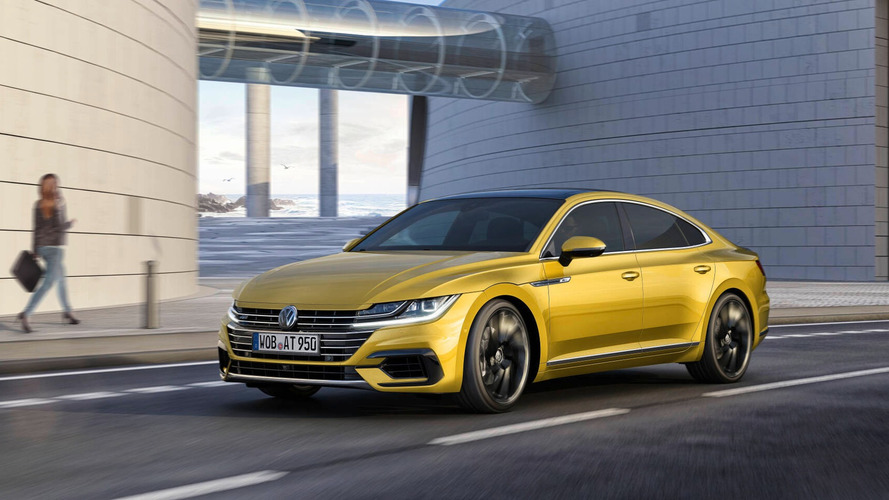 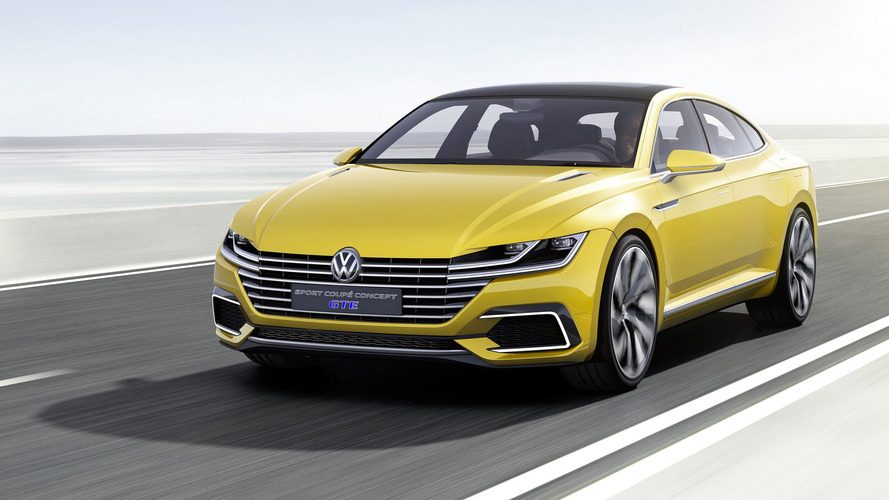 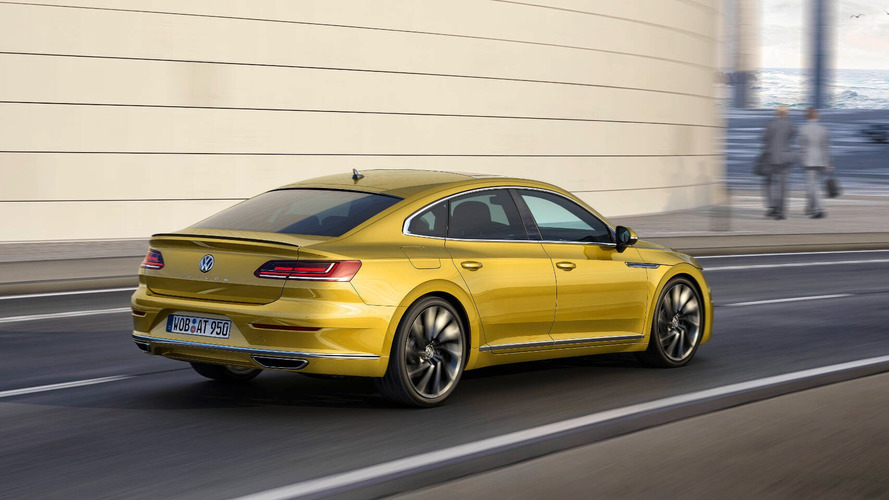 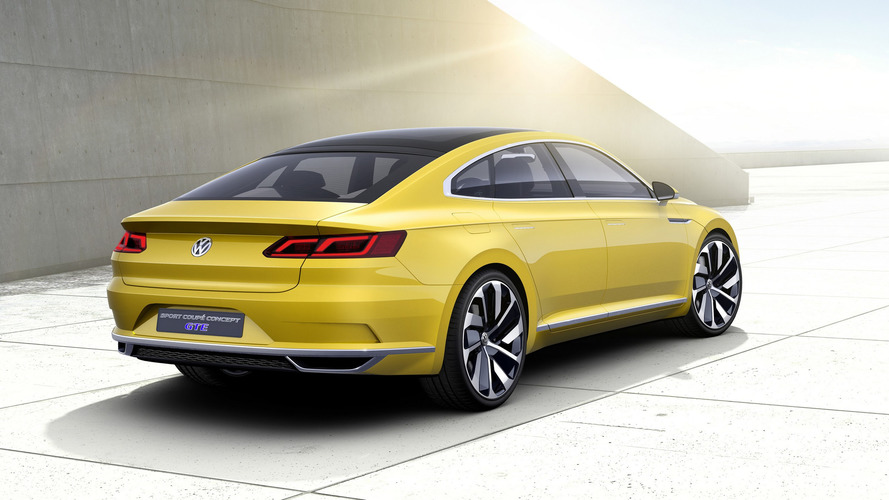 The Arteon heralds a new design approach for Volkswagen with an interesting front fascia where the radiator grille meets the headlights, in this case a standard full-LED arrangement. Even though VW called the CC a “four-door coupe,” the car was at the end of the day a saloon with a swoopy roofline. Things are different now with the new arrival as it adopts a more practical fastback body style with a large rear hatch in the same vein as the concept.

The body style change is going to make the Arteon easier to live with on a daily basis since maneuvering cargo in and out of the trunk will be a breeze. With the rear seats in place, the car will be able to swallow up to 19.9 cubic feet of your luggage, while folding them will boost capacity to 55 cubic feet. Should you need an even bigger trunk, VW has already admitted it might do an estate version at some point in the future.

Sharing many bits and pieces with the Passat including the MQB platform, the new flagship Volkswagen is about 3.7 inches longer, 1.6 inches wider, and sits 1.1 inches lower than the more humble sedan. Unsurprisingly, the wheelbase has been stretched by two inches to free up more legroom for passengers sitting in the back, and Volkswagen says the Arteon can accommodate up to five people in utmost comfort. 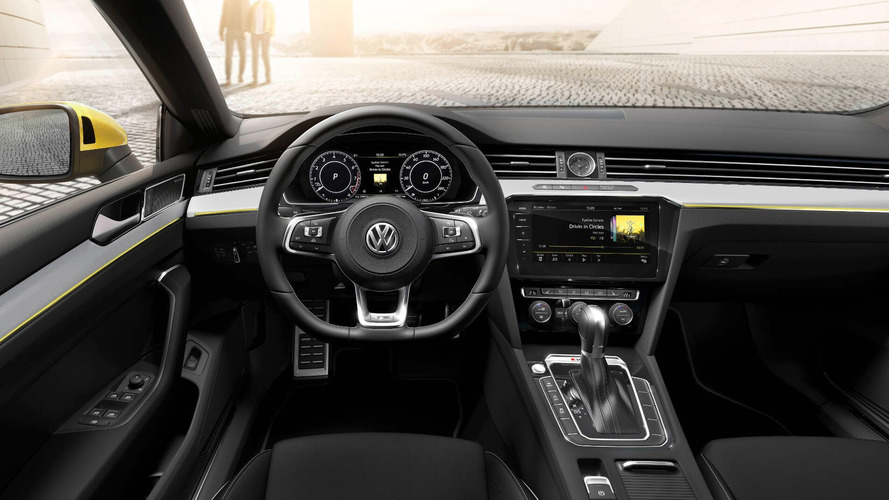 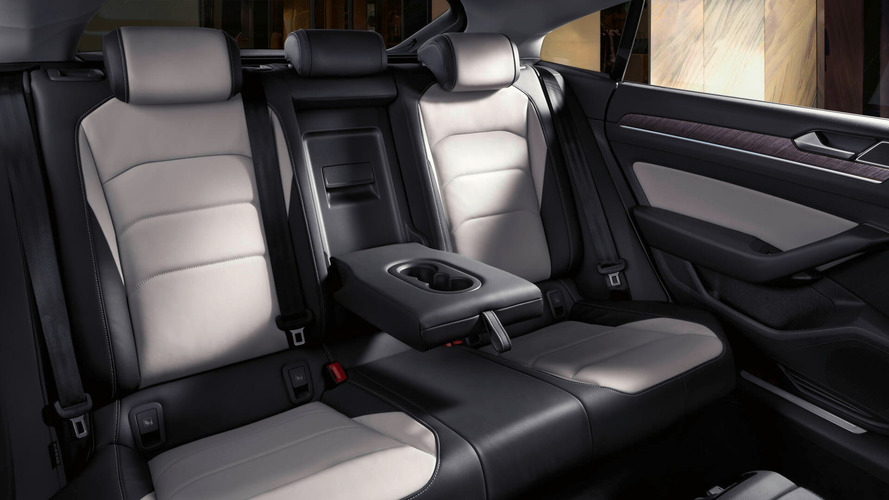 The cabin clearly shows its Passat roots and in the base version it will have cruise control, six-way power adjustable front seats, leather steering wheel, stainless steel door kick plates, and the composition media infotainment system with eight speakers. The midrange model will add heated front seats, Alcantara / leather seating surfaces, aluminum-look pedal covers, and contrast stitching. The aforementioned R-Line flagship will adopt a sportier interior with a bespoke steering wheel, a different headliner, and other extra tweaks. Optional goodies include the all-digital instrument cluster, a head-up display, and the 9.2-inch infotainment system with an elegant glass design and support for gesture controls.

On the safety side, the Arteon will use VW’s latest version of the adaptive cruise control system, which will also take into account route information and speed limits. In addition, the new version of the company’s cornering light system boasts predictive beam control and can light up a bend detected by the GPS before the driver turns into it. Moreover, the second-gen Emergency Assist will slow the car down and automatically steer it into the nearside line if the driver becomes incapacitated. 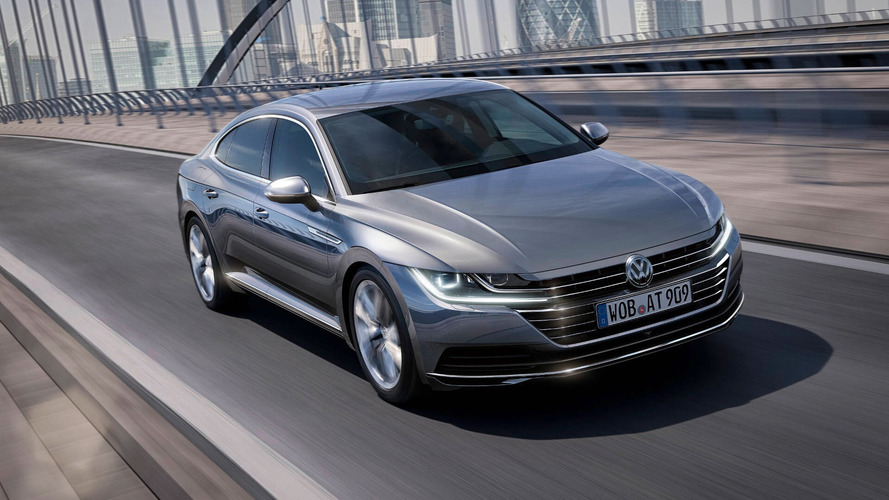 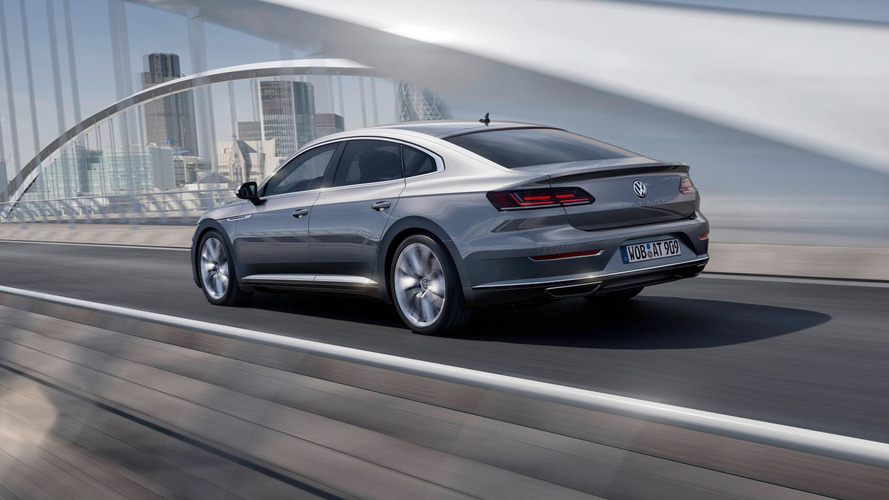 Depending on market, VW is going to sell the Arteon with three petrol and three diesel engines. Debuting in the Golf facelift, the group’s new 1.5 TSI Evo with 148hp will perform its duties in the front-wheel-drive-only base model where it will be hooked up to a standard-six speed manual or an optional seven-speed DSG.

Up next will be the stronger 2.0 TSI in 188hp and 276hp flavours, with both linked to the auto ‘box. The former has a FWD layout whereas the beefier version comes with a grippy 4Motion AWD setup.

If you would rather have a thrifty diesel, the 2.0 TDI is going to be available with 148hp, 188hp, and 236hp outputs. The first one can be had with one of the two gearboxes sending power exclusively to the front axle, while the midrange version can be optionally configured with 4Motion. In the case of the torquetastic biturbodiesel model with 369 lb ft on tap, it comes strictly with an automatic transmission and AWD.

The VW Arteon will celebrate its world premiere this week at the Geneva Motor Show and will go on sale in Germany in mid-June once production will kick off at the Emden plant. It'll arrive in the UK later in the year.