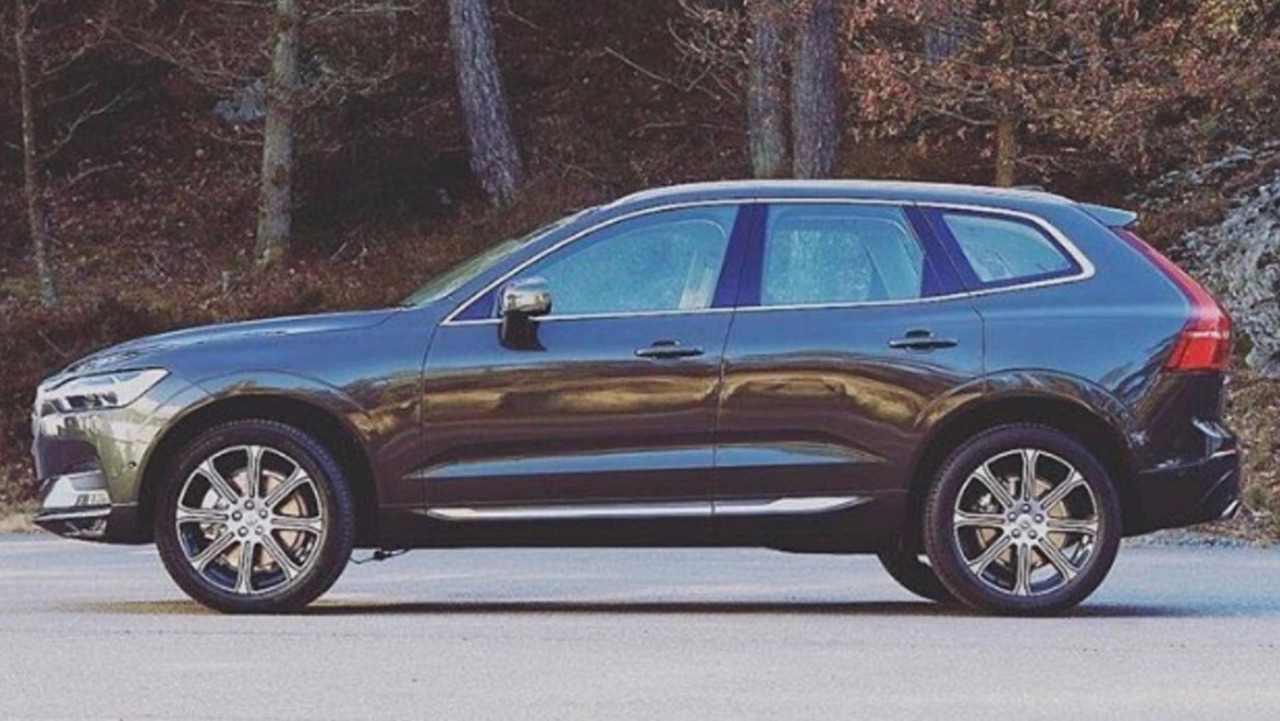 Yes, it's a mini XC90 — and there's nothing wrong with that.

After a lengthy teaser campaign, the second-generation Volvo XC60 is ready to show off its side profile in an official image “accidentally” leaked onto the World Wide Web a day before its big debut in Geneva. Taking lots of design cues from its bigger brother, the XC90, Volvo’s posh new crossover has the same elegant and upmarket exterior appearance applied onto a smaller body. Dare we say the styling works better in this case.

Previous teaser images have shown a new take on the Thor’s Hammer LED daytime running lights compared to what the larger models from the “90” series have. At the back, its LED taillights are going to be different than those of the XC90 not only because of the revised graphics, but also due to the strip extending onto the trunk lid in the same vein as it does on the V90 and V90 Cross Country.

Aside from taking design inspiration from its bigger brothers, the new XC60 will also carry over the SPA platform. That means it’s going to be powered by an assortment of four-cylinder Drive-E engines and will have a standard front-wheel-drive layout in the lesser versions of the range. More expensive ones will benefit from AWD and we are also expecting a range-topping T6 Twin Engine variant, which might have some things in common with the China-only S60L Twin Engine.

The hybridised saloon sold in the People’s Republic has a combined output of 306hp and 405lb ft thanks to a 2.0-litre petrol engine and an electric motor. It uses a lithium-ion battery with a capacity of 11.2 kWh, which is good enough for an electric range of up to 33 miles.

Following the XC60’s debut tomorrow on the dawn of the 2017 Geneva Motor Show, Volvo will then gear up to expand its crossover offerings by introducing a smaller XC40. It has already been green-lighted for a fall reveal, so sales of the baby Swede crossover should kick off by the year’s end of early 2018.

Until its much-awaited reveal at Geneva tomorrow, here is the XC60 in no fewer than five teasers...