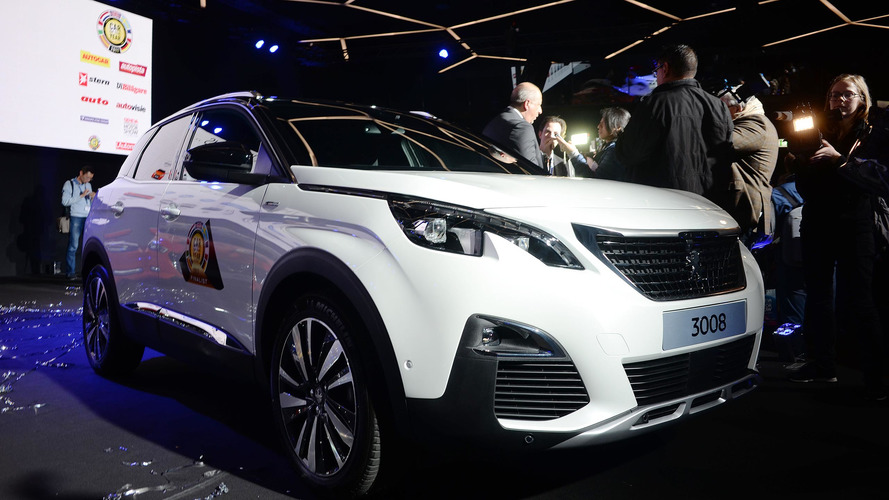 The Peugeot 3008 has won the 2017 European Car of the Year prize. The announcement was made in Geneva on the eve of the Geneva Motor Show, and will ensure Peugeot officials are now scurrying to make up COTY winner logos to plaster all over their show cars for the opening press day tomorrow.

In a close-run battle, it soon became clear that just two cars were in the running: the Alfa and the Peugeot. Nominations from jurors in 22 European countries were announced nation by nation, and both cars led as the results were revealed.

It was the final big nation, the UK, that sealed it for Peugeot. Great Britain actually voted for the Mercedes-Benz E-Class overall, with second place going to the Alfa. However, the points already accumulated by the Peugeot were enough to win it the prize.

Overall, the 3008 scored 319 points, against the Alfa Giulia’s 298 points. The Mercedes-Benz E-Class was a long way back in 197 points. The other four cars, Volvo’s S90/V90, Citroen’s C3 and Toyota’s C-HR were pretty much level-pegging, with the Nissan Micra trailing in last place on 135 points.

A total of 31 cars were nominated for the 2017 European Car of the Year award. A shortlist of seven cars was drawn up, and it’s from this that the 58 jurors cast their final votes. The 3008 succeeds the 2016 winner, Vauxhall/Opel’s Astra, which beat the Volvo XC90 and Mazda MX-5 to the top spot.

The European Car of the Year award was first presented back in 1964. Back then, the Rover 2000 beat the Mercedes-Benz 600 and Hillman Imp to the inaugural award. A British car, the Austin 1800, won the following year, too. It wasn’t until 1966 that a car from another EU country, France, won the Car of the Year award, with the Renault 16 taking the honours.