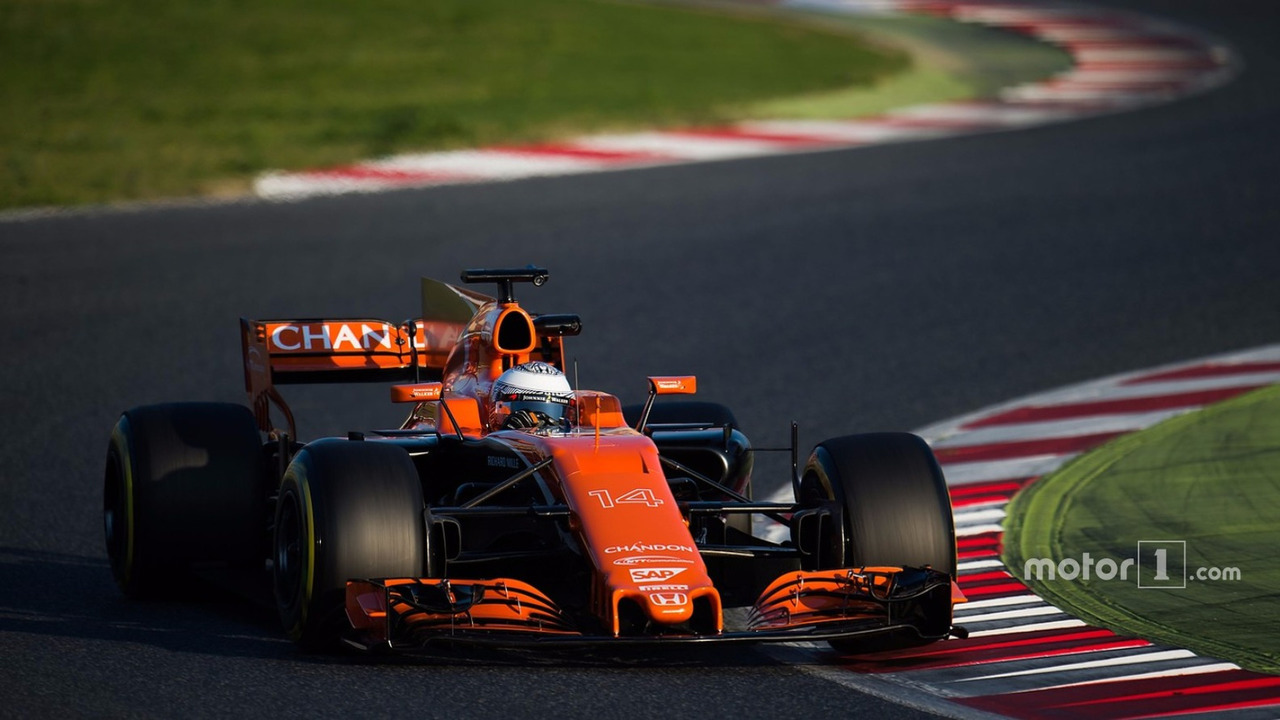 The new rules introduced for 2017 have meant F1 teams have produced more spectacular-looking cars that have received almost universal praise from the sport's insiders.

McLaren driver Alonso, one of the most outspoken critics of the cars over the past few years, admitted he was a fan of the new generation of single-seaters.

"The only conclusion is the cars look nice," said Alonso. "The cars are definitely faster in the corners, so it's good to come back to that feeling of downforce in the corners, and be able to push the car to the limit a little bit more.

"I probably apologise to the fans that for the last five or six years they saw horrible cars."

The Spaniard conceded, however, that the sensations behind the steering wheel will never match those experienced a decade or so ago, when the cars were much lighter and the rules not as restrictive.

"The feelings are never going to be the same as in 2004 and 2005 because the cars had an aerodynamic freedom that we don't have now," he said.

"With engines that were very different, and especially with 287 pounds (130 kilograms) less than what we have now and 507 lbs (230 kg) less in the race. So it's impossible to have what we had in 2004 in terms of feeling.

"In terms of laptime, it might be possible, but if if you put these tyres on the 2004 car we'd be lapping in 1m14 or something like that, so it's different."

"I like what I saw yesterday and today," continued the Spaniard. "The cars that I shared the track with today looked like Formula 1 cars. Very nice cars.

"So let's hope we can transmit that feeling to the fans, to the people coming to the track and watching TV, so they can try to forget what they saw over the past few years."