Maserati made only 50 units of the legendary Ferrari Enzo-based MC12 and, with the exception of an all-black car, all of the others had a white and blue scheme. This two-tone livery was chosen as a nod to the Tipo Birdcage models raced by the America Camoradi team in the 1960s.

A talented artist who signs his work as Peisert Design has decided to virtually imagine an all-new white & blue Maserati hypercar – based on those intriguing patent images showing a very special LaFerrari-based project published on the European Union Intellectual Property Office’s site.

Bear in mind it’s purely a design exercise, so don’t get your hopes up. That being said, we should point out Maserati’s boss Harald Wester did reveal last year in an interview with Autocar that a new low-volume hypercar could come to life at some point. His exact words were: we “could do a limited edition, but not yet”. It means an MC12 successor is quite possibly on the agenda, but it’s likely towards the end of it considering there are other higher ranked priorities, such as refreshing almost the entire model lineup by the end of the decade. 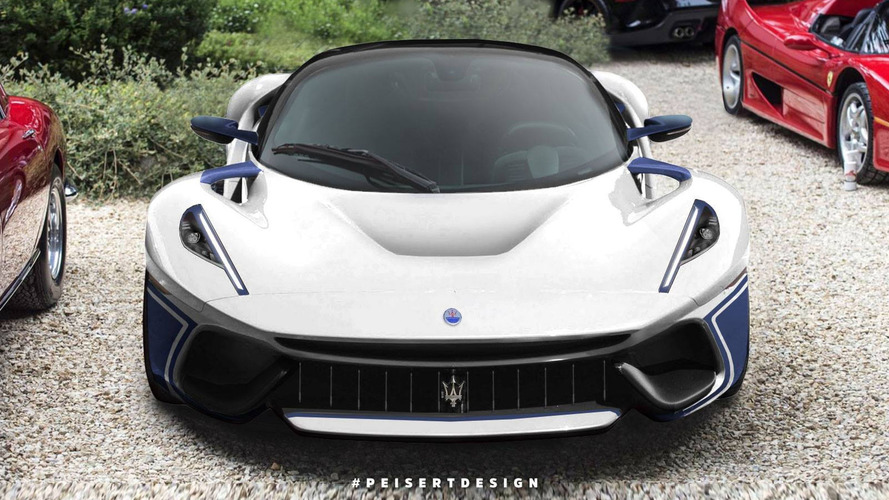 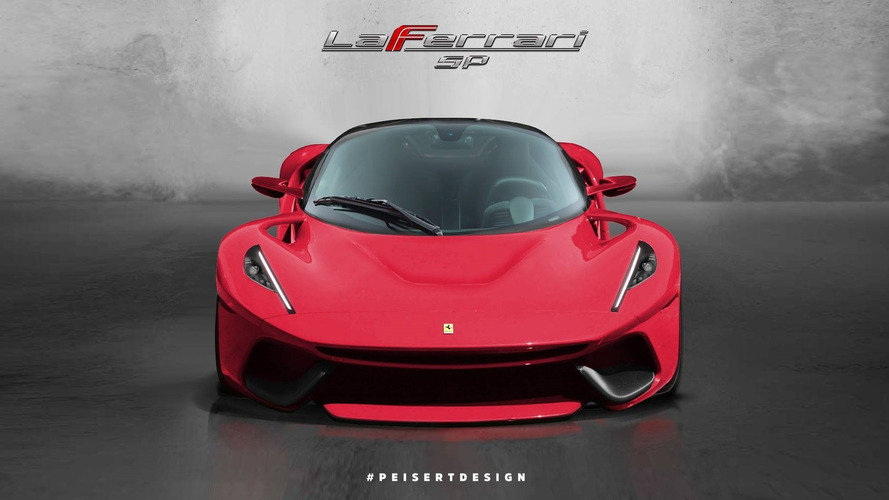 We still believe the mysterious LaFerrari-based car is a taste of things to come as far as a very special one-off to mark the company’s 70th anniversary, but that doesn’t make this speculative render any less interesting. One can only dream, right?

Maserati has not revealed so far whether it will have something new to showcase in Geneva next week, but at least we know Ferrari will be there to exhibit the 812 Superfast bound to replace the F12berlinetta. The company with the trident emblem is expected to phase out the GranTurismo and GranCabrio later this year. Further down the line, it will eventually introduce a production version of the gorgeous Alfieri concept.