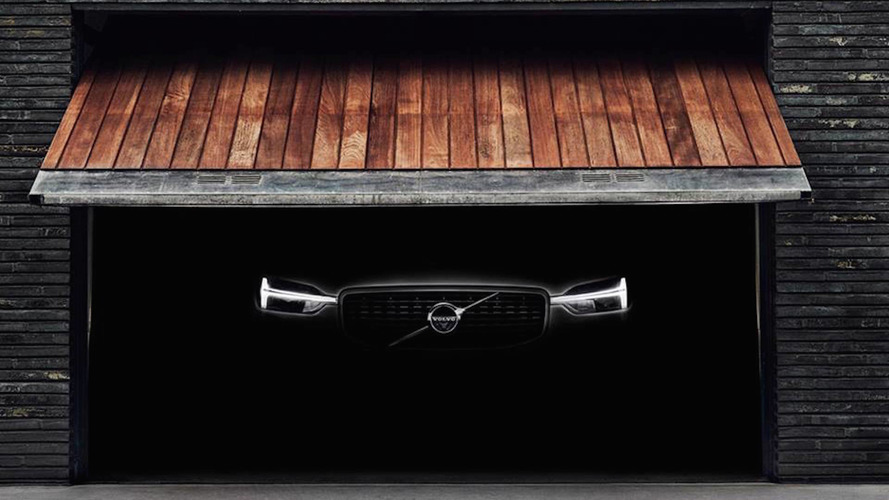 It was only last week when Volvo released a teaser image of the all-new XC60, and now two additional images have been published. One of them shows the side profile of the posh Audi Q5-rivalling SUV hiding underneath a semi-revealing cover allowing us to check out some of the design details, such as the window line and the LED taillight signature.

Look closer and you can see the recess that runs along the entire length of the doors, while the alloy wheel design is also (just about) visible. Once the disguise will come off, expect the second-generation XC60 to have a longer wheelbase than its predecessor, creating more legroom for rear-seat passengers. In addition, the increased footprint should also pay dividends in terms of cargo capacity.

The other teaser reveals the design of Volvo’s fancy 'Thor’s Hammer' LED headlights, which will look slightly different than those of the model’s bigger brother, the XC90, pictured below on the right.

Speaking of which, the new XC60 will ride on the same Scalable Product Architecture (SPA) platform as the XC90, and will likely use a similar array of four-cylinder engines. The Swedes have made their downsizing plans crystal clear, so larger engines with more cylinders will not return. On the contrary, an entry-level XC90 might even get a hybridized powertrain with a three-cylinder engine in the future, which would be even more suitable for the smaller and lighter XC60.

Geely-owned Volvo will reveal the new XC60 in full at the Geneva Motor Show on March 7th, although an online introduction might occur a few days earlier. Later this year, the first-ever XC40 will join the family to act as the company’s smallest and most affordable crossover.

Volvo XC60 T8 with details made of recycled plastics