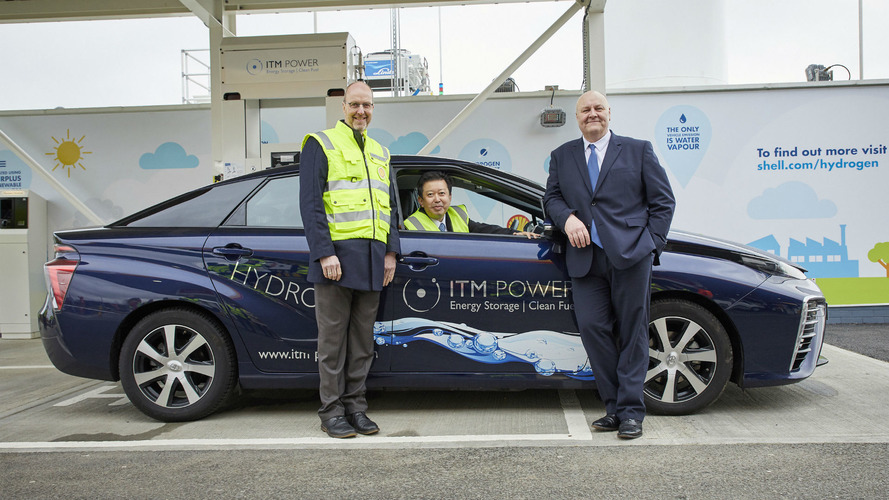 A Toyota Mirai has already filled up.

The small minority of drivers currently running around in high-tech hydrogen-fuelled vehicles now have a new place to fill up. Assuming you’re a regular on the M25 motorway you can now fill up at a Shell-branded station located at the Cobham motorway services.

Hydrogen filling stations are a rare sight in the UK, with the fuel and its vehicles primarily pitched at businesses and fleets with access to their own fuel supply. But, in order to encourage more people to adopt to hydrogen, companies like Shell are starting to grow the filling station network.

Shell’s latest venture has been prompted by the success of similar ventures in Germany and the US. Shell’s existing presence at Cobham opened in 2012 and was designed to service the 150,000 vehicles that use the busy M25. By 2016 the site had seen its millionth customer, proving that there was demand for a hydrogen installation.

Shell’s vice president of Future Fuels Matthew Tipper said: “Hydrogen has the potential to become a clean and versatile transport fuel for the future, and the Cobham hydrogen site is one of the ways Shell is encouraging the use of alternative fuels to contribute to the energy transition. This will provide customers with hydrogen fuel cell electric vehicles the ability to refuel simply and quickly, at one of the largest petrol stations in the UK.”

The first fuel cell vehicle to use the filling station was, unsurprisingly, a Toyota Mirai - one of 28 currently on UK roads and used by fleets including Greentomatocars, JCB, and TFL.

“The opening of Shell’s first forecourt hydrogen refuelling station at Cobham, the seventh hydrogen station in the country, is the result of collaboration, cooperation and determination from government and industry leaders to bring the benefits of sustainable ultra-low emission transport to the UK," said Toyota GB's president Paul Van der Burgh.

“At Toyota, we are committed to playing a leading role in environmental and technological advances in the automotive industry, and this new station will help us to introduce more customers to the benefits of our fuel cell vehicles, including our Mirai hydrogen fuel cell car. We would like to congratulate the team involved on this significant new project.”

The cost to the FCV's end user is broadly comparable to that of filling up a family-size petrol car. The process is a little more involved - you need a special payment card and the fuel hose is a little heavier than the one delivering unleaded.

It’s hoped that the end result will be the same; a relatively easy and convenient way to fill up with what some experts hope will be the fuel of the future. And you can do it now.