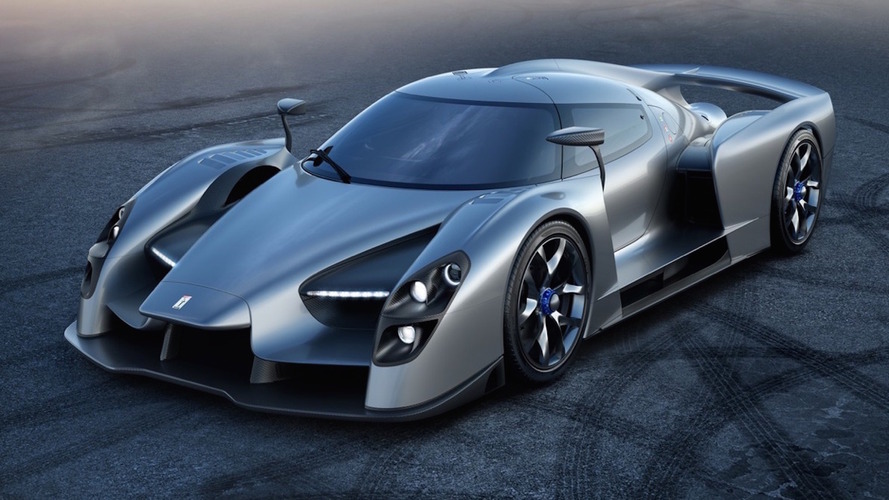 American sports and race car manufacturer Scuderia Cameron Glickenhaus has announced it will introduce its first production model at the upcoming 2017 Geneva Motor Show. Ahd the SCG003 S is already being charged with a tough task – to become the fastest production car on the Nürburgring, targeting 6:30 minutes... that's nearly half a minute faster than the current production car record on the track.

Unlike most supercars, the SCG003 S has been derived from a racing car, the SCG003 C. However, the road-going variant will be lighter and more powerful, because regulations restrict the race version. Last time we talked about the car, the manufacturer said it will have 750 horsepower, but now it claims the 4.4-litre V8 engine delivers “in excess of 800 hp.” Peak torque is rated at 627 pound-feet at 5,900 rpm. Power is channelled to the wheels through a seven-speed gearbox, using hydraulically-controlled, two-disc clutch.

Glickenhaus also says this is the fastest cornering car on the road, capable of generating 2G through corners thanks to “unprecedented levels of downforce for a street-legal car, again derived from the competition version.” Translating this into numbers, thanks to its aerodynamics, the vehicle will generate downforce of more than 700 kilograms.

Another advantage of the SCG003 S, according to the manufacturer, is the modular construction, which allows for much faster and cheaper repairs compared to other supercars. Not that we can imagine such a thing would be useful at the Nürburgring. Why, of course not. The final production version of the car will ride on 20-inch front and 21-inch rear wheels, hiding massive 380/360-millimetre, six/four-piston carbo-ceramic Brembo brakes.

In Geneva, the car will share the Glickenhaus stand with the unique SCG003 CS (Competizione Stradale) - a one-off car built for the owner of the manufacturer, Jim Glickenhaus. It is described as “a road-legal race car,” showcasing the customisation possibilities of the project.

The SCG003 S will be hand built in Italy by Manifattura Automobili Torino, and will be available in right-hand configuration. Production will start this summer.

It is expected to be the fastest ever road-legal car to lap the legendary Nürburgring Nordschleife, with a lap time anticipated to be nearly half a minute faster than the current production car record. The target that has been set is an astonishing six minutes and 30 seconds: within 20 seconds of the famous all-time Nordschleife record of six minutes and 11 seconds established by Stefan Bellof in 1983, and annihilating the present benchmark of six minutes and 57 seconds.