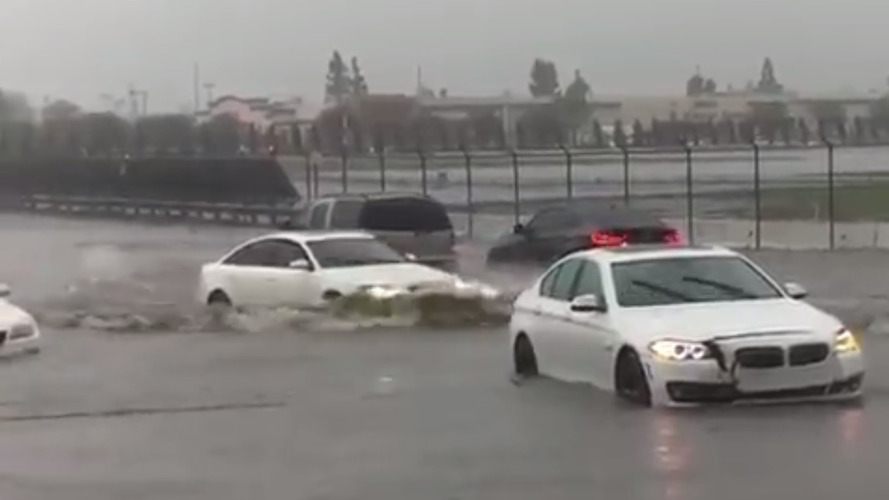 Remember the billboard ad war between Audi and BMW from a few years ago? This incident might spark a new one. Here’s what happened.

ABC News in the US published on Twitter last Saturday a short clip showing the serious flooding going on in Burbank, California, where three BMWs with the hazard lights on got stuck in the deep water, or so it seems. Several seconds into the video attached below, a white Audi A6 appears and splashes through the water as the driver tackles the flooding head-on and continue his journey with the front passenger's window open.

On Tuesday, Audi decided to re-tweet ABC News’ video with the following caption: “Wait for it. #quattro” The use of that hashtag was a not-so-subtle way of saying the company’s Quattro all-wheel-drive system is better than BMW’s xDrive setup. Truth be told, it is not known if the four cars in question — the three BMWs and the Audi — all had an AWD setup.

By the looks of it, the water seems pretty deep, so those driving the BMWs probably learned firsthand that water and electricity do not mix. As for the Audi driver, he actually was not going as slow as he should’ve been taking into account the terrible road conditions. Because of his impatience, the water dangerously covered the A6’s entire front-end and even touched the bottom section of the bottom. It is not known at this point whether the water had an impact on the car's internals.

It remains to be seen whether BMW will resist the temptation of replying to Audi on social media channels. We'll have to keep an eye on Twitter, Facebook and the like in the weeks to come in order to find out whether BMW's PR team will have a response.