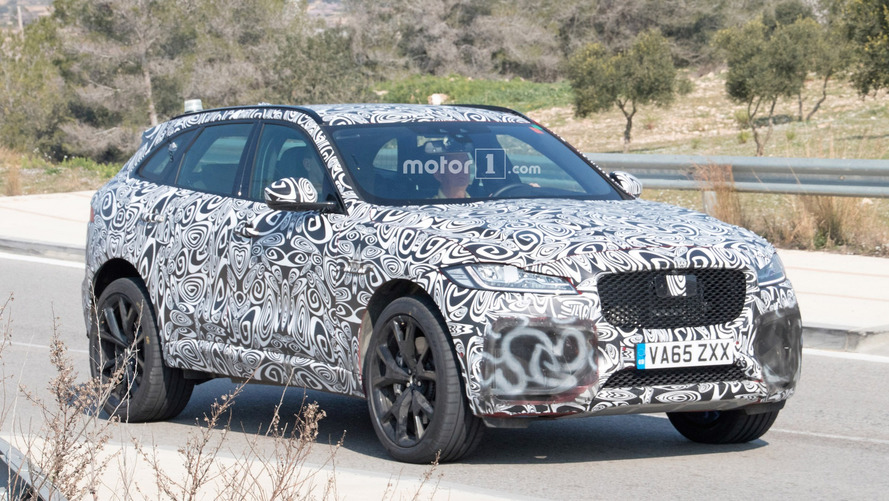 It's the 500-horsepower SUV we've been waiting for.

Jaguar’s Special Vehicle Operations (SVO) division has already forewarned us of more SVR models following the success of the F-Type and Range Rover. The XE has since been spotted testing in SVR guise, and now the upcoming F-Pace SVR was caught testing on public roads once again.

This is just the second time the hotter F-Pace has been spotted. The first time came in September on the Nürburgring, and though there wasn’t much to see apart from new wheels and a healthy heaping of camouflage, these new spy shots give us a bit more to work with.

The spy shots show the F-Pace hot weather testing in Spain, and present a more defined fascia than the standard model, likely to help cool that supercharged 5.0-litre V8 under the hood, and new quad exhaust tips. Power is expected to be somewhere near the 500 horsepower mark, bettering the current supercharged 3.0-litre V6 F-Pace S by about 120 horses.

Other upgrades will include larger brakes, stiffer suspension, and better cooling on the front end – most of the those new vents are currently covered up by mesh. The 500 hp F-Pace SVR could make its debut as early as this year, and go on sale before the year's end.

Following the debut of the F-Pace SVR, Jaguar will show off the aforementioned XE SVR. Under the hood it will use the same supercharged 5.0-litre V8 and again will produce somewhere around 500 hp, putting it squarely in competition with cars like the Mercedes-AMG C63, BMW M3, and Audi RS 4. It remains to be seen what other cars could get the SVR treatment in the future...