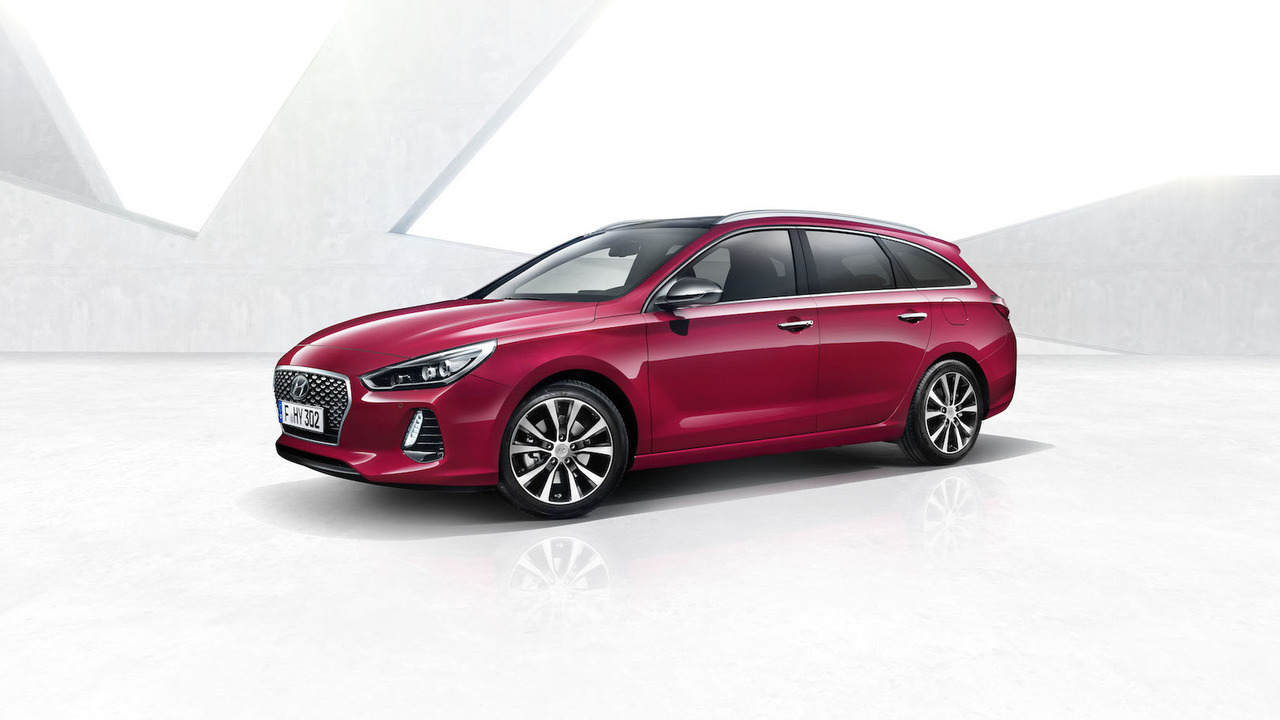 No, don't fall asleep straight away.

Following on the heels of its facelifted i30 hatchback, Hyundai has just revealed a new estate version of its popular mid-size model. Badged Tourer, the new i30 wagon will receive its public debut at the Geneva Motor Show in March.

Visually different from its predecessor thanks to its new nose and full LED headlamps and vertical LED daytime running lights, Hyundai’s chief designer has been keen to emphasise the car’s sporty appearance. “The tapering roofline and the dynamic proportions give the Tourer an almost coupé-like silhouette. The sleek and dynamic profile is further emphasised by a rich chrome frame surrounding the side windows,” remarked Thomas Bürkle, Chief Designer at Hyundai Design Centre Europe.

Er, looks like a typical slightly awkwardly proportioned C-segment estate to us...

With an overall length of 4,585mm, height is 1,465mm (1,475 mm with roof rack), while the Tourer shares the five-door hatchback’s 1,795mm width and 2,650mm wheelbase. And despite emphasis on the car’s sleek profile, Hyundai’s keen to promote the Tourer as one of the most spacious in its class with 602 litres of boot space expanding to 1,650 litres with the rear seats folded.

Alongside the expected refinements, such as a raft of active safety features and downsized petrol and diesel engines offering improved economy and emissions performance, Hyundai has added Apple CarPlay, Android Auto, a wireless charging system for smartphones and the option of a five-inch touch screen with integrated rear-view camera.

Keen to demonstrate the car’s ‘made in Europe’ status, Hyundai’s Germany-based engineers enhanced the car’s driving dynamics in a rigorous testing programme throughout Europe and on the famous Nürburgring Nordschleife. Just what every Hyundai estate needs.

By focusing on reducing weight with high strength steel, the car maker says it was able to focus more on delivering good ride and handling characteristics, while it also fine tuning the car’s steering for a more ‘dynamic’ and direct feel.

More details are expected at its Geneva Show debut, including prices and exact UK on sale dates. We'll be reporting live.