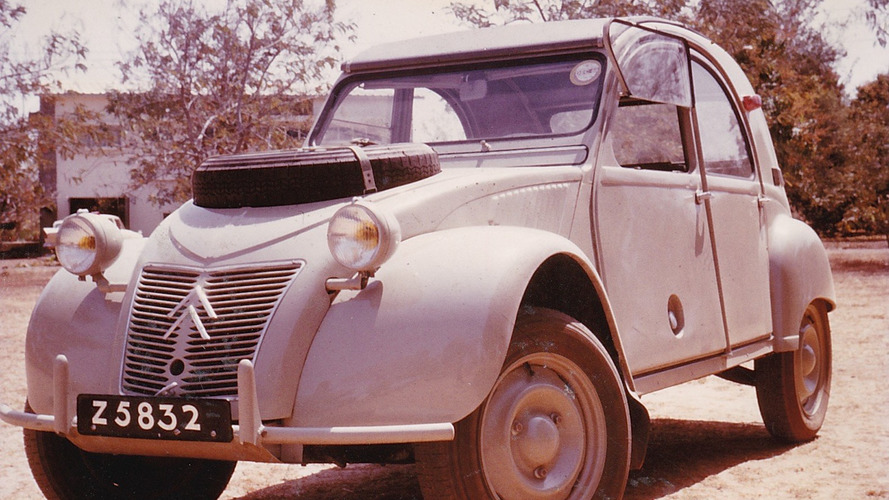 Mint condition. Wait, not that...

When you think of classic car auctions, thoughts usually turn to immaculately turned out Aston Martins and Ferraris. Seven and, sometimes eight-figure price tags are also the norm. However, a less pristine and more well travelled Citroen 2CV will be on the block in April at the Practical Classics Classic Car and Restoration Show.

This particular 2CV comes with an unusual, globetrotting past, and it’s mechanicals are just as intriguing. Believed to be one of only 100 left, this example has crossed the Sahara desert twice. The 1965 example also boasts a twin-engine, four-wheel drive layout.

The backstory to the car is just as unusual as the car itself. Delivered to Nigeria in December 1965, this 2CV was first registered to an Englishman working as an anthropologist at the Ahmadu Bello University of federal government research in Zaria.

It’s believed that he chose the car for travelling to remote villages because he found that if he used a Land Rover he was regarded as being a Government inspector, whereas the charming Citroen was seen as far more friendly.

When the Nigerian Civil War broke out in 1967, he set about making arrangements to return home using his trusty 2CV. Driving an incredible 1,000 miles across the Sahara desert, loaded with as much fuel and water as possible, he endured sandstorms and mechanical failure on the journey. Returning to Nigeria after two years, the car made its second journey across the Sahara. It was then sold on and, in 1980, the car and original owner were reunited. Barely used, the car was shipped back to the UK and, after more owners and some intermittent restoration, it was fully restored in 2012.

One of only 694 built with the unusual engine-at-each-axle layout plus twin fuel tanks located beneath the front seats and countless other modifications, the current auction guide price is £60,000 to £65,000.

Commenting on the car, classic car specialist Nigel Gough said: “There are believed to be less than 100 examples left of these unusual 2CVs, maybe 30 of which are in running condition, making this a truly rare vehicle."