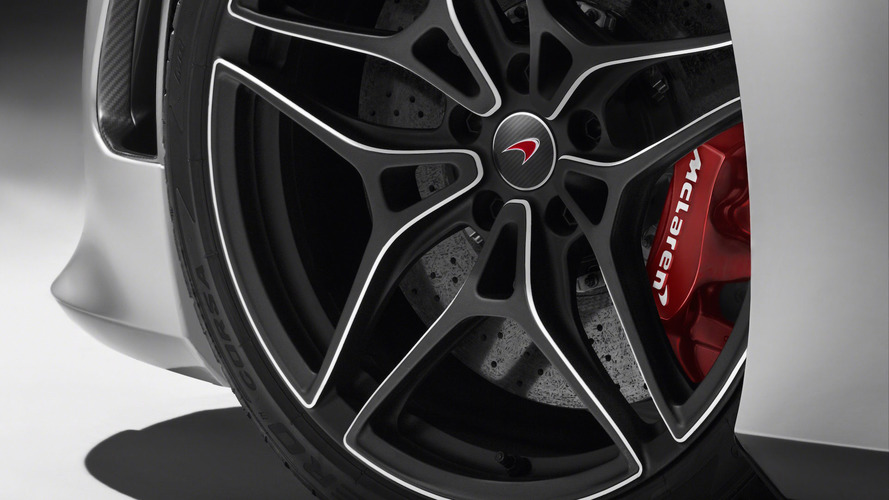 That's about the same stopping power as the P1.

We’re just a few weeks away from the unveiling of the new McLaren 720S. The car will make its debut on March 7, 2017, at the Geneva Motor Show. But before it does, the company is continuing its long teasing campaign.

The latest teaser shows off the supercar’s stopping power. With the ability to hit 124mph in 7.8 seconds, it can then brake to a standstill in just 4.6 seconds and 117 meters. That’s about 6 meters less than the outgoing 650S and almost on par with the million-dollar P1 hypercar.

Those impressive braking capabilities are thanks in part to new carbon-ceramic discs that are lighter and stiffer than other calipers in the range. The brakes were said to be put through some of the most rigorous tests ever undertaken by McLaren engineers.

"The extreme performance and dynamic prowess of the second-generation Super Series, honed by testing at the limits and beyond, provides the perfect foundation for it to be the most complete supercar across the full range of use," said McLaren Automotive chief test driver, Chris Goodwin.

Along with an extensive brake testing, the company worked together with Pirelli in development of new, bespoke Pirelli P Zero Corsa tyres for the 720S. The tyres reportedly have a six percent improvement in mechanical grip over the 650S… and it'll need it.

With a new 4.0-litre biturbo V8 under the bonnet, the 720S is rumoured to have as much as 710hp on tap, and a significant amount more torque than the 500lb ft currently generated by the 650S. We won't know all the details until the car makes its debut at the Geneva Motor Show next month.