The new Ford Fiesta ST will be revealed on 24 February 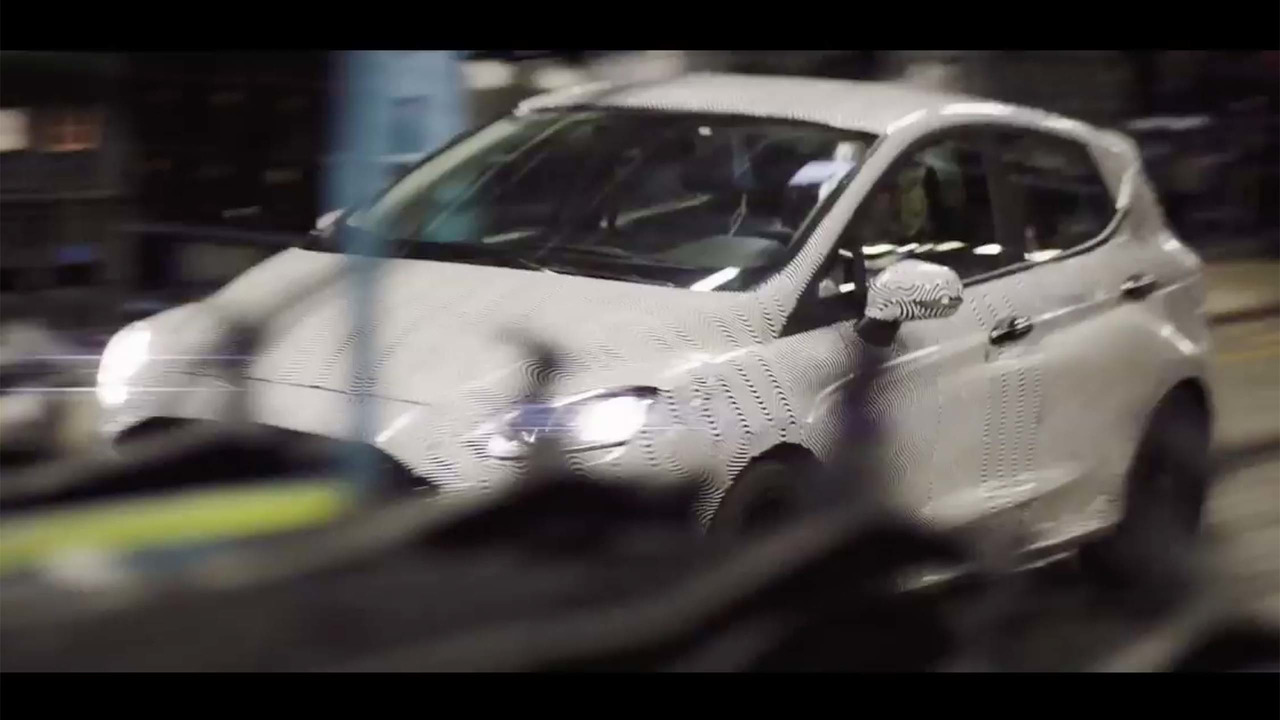 The new Ford Fiesta ST will be revealed on Friday 24 February, Ford has confirmed, in a Twitter video shot at the Fiesta production facility. A camouflaged new Fiesta ST can be seen racing around the factory breaking umpteen health and safety rules, with a Ford worker on a BMX bike in tow.

The teaser short gives little away, other than confirming the the new ST will be revealed Friday. Extensive camouflage also hides most of the new Fiestas ST’s features, although we can see the enlarged rear wing, lowered ride height and multi-spoke alloys. A bold ST grill can also just be made out.

Engine-wise, it seems likely Ford will switch from the current 1.6-litre Ecoboost engine in today’s Fiestas ST, to the slightly smaller 1.5-litre Ecoboost as seen in the latest Focus. This already produces 182 hp in its most powerful guise, matching the power of today’s regular ST. Ford may push it up to 200 hp for the new Fiesta ST, for parity with the hot hatch’s rivals.

The new Ford Fiesta ST will be revealed ahead of its public debut at the 2017 Geneva Motor Show in March. There, it will meet a surprise new challenger in the shape of the Toyota Yaris GRNM, complete with potent-sounding 1.8-litre supercharged engine.

The rest of the new Fiesta range will be displayed at the Geneva show, prior to its market launch in summer 2017. Ford is expected to display the full range, including ST-Line, Titanium, Vignale and Active crossover variants.