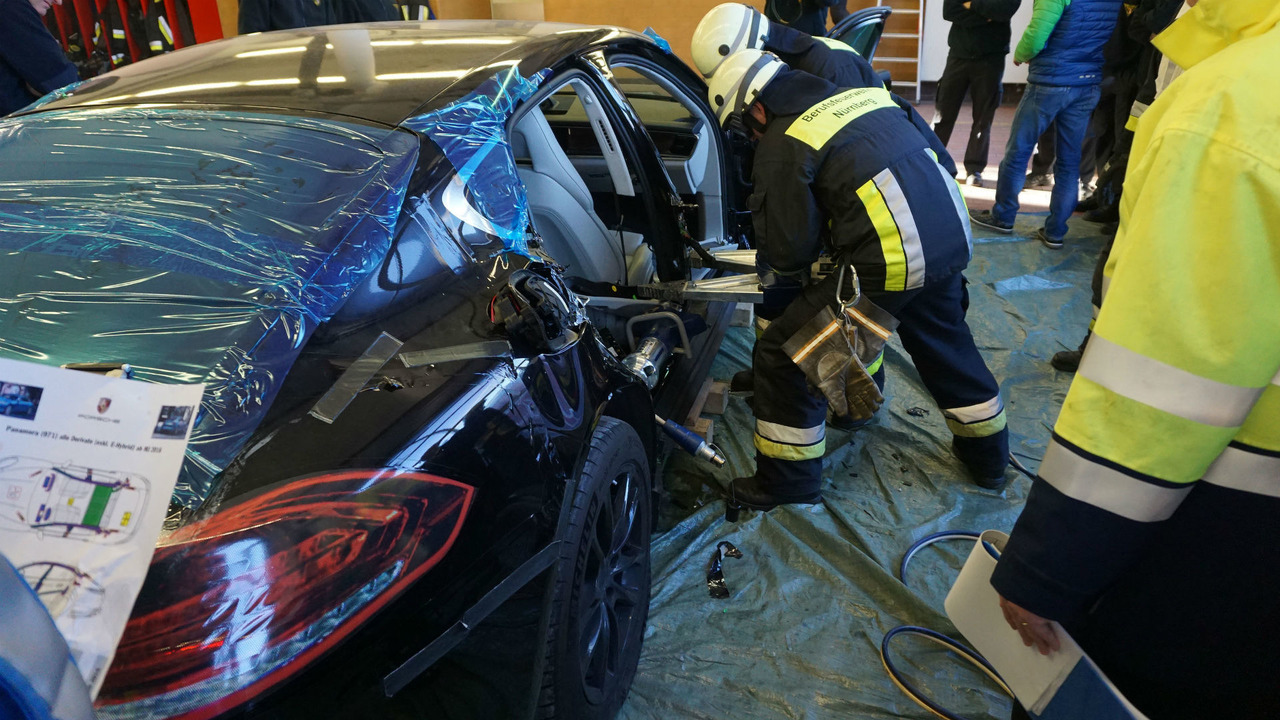 When firefighters need to practise removing the roof of a car, they usually resort to an old banger that would otherwise be destined for the scrapheap.

But a fire service school in Nuremberg, Germany recently had the pleasure of cutting apart a brand new Porsche Panamera.

The car used by the firefighters was a pre-production development model donated to the training facility by Porsche. The car manufacturer said the car “had already served its purpose” and was no longer required.

Usually pre-production models are sent straight to the scrapper, as they’re often built to unusual specifications and could present liability issues if they were ever sold to the public.

Rather than haphazardly tearing the Panamera apart, the crews used special instructions provided by Porsche to carefully remove the B-pillar (behind the front door).

“Automobile manufacturers create ‘rescue sheets’ for their vehicles to help the emergency services when they need to rescue people,” explains Porsche’s Alexander Grenz.

“These documents show the specific model and indicate the key components, like the fuel tank, battery and high-voltage components. They also contain additional technical information.

“This makes it easier for the rescue team to help people quickly and safely at the scene.”

The emergency services used tools such as large shears to cut apart the Panamera and gain access, just as they would if a person was trapped in it following a crash.

The recently-launched second-generation Porsche Panamera – the company’s luxurious rival for the Mercedes-Benz S-Class – is now on sale, with prices starting at £66,386 in the UK.

Gallery: Porsche Panamera being cut apart from the fire brigade