Food waste to power Waitrose’s trucks of the future 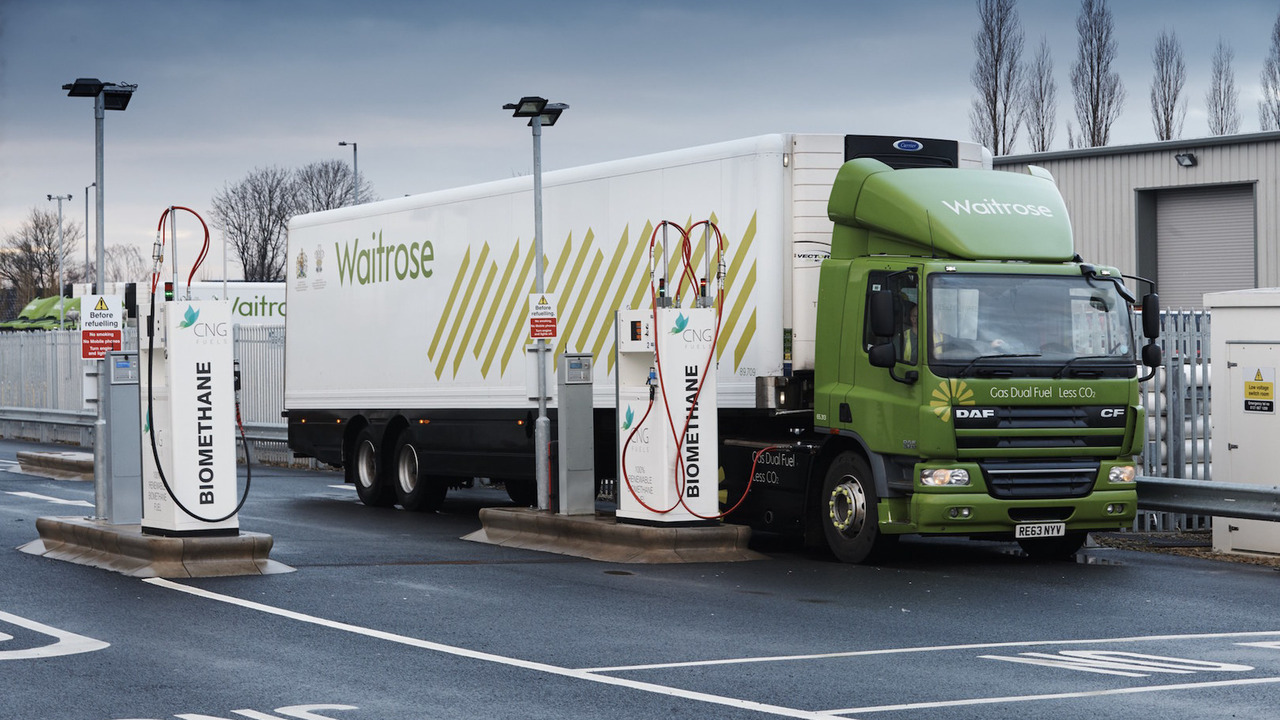 Upmarket supermarket Waitrose to power its delivery trucks with food waste to cut costs and emissions.

Upmarket supermarket Waitrose is staking its claim to be the first retailer of its kind in Europe to adopt new technology allowing its delivery trucks to run for longer and emit fewer emissions.

The supermarket’s decision to chose to power its trucks with food waste would, in the past, have resulted in poor performance relative to conventional diesel fuel. However, new fuel tank technology has allowed Waitrose to run a trial in the company’s Midlands and North regions, which should result in a doubling of an individual vehicle’s range.

Reuters reports that, for the trial, Waitrose has invested in ten new Scania-manufactured compressed natural gas (CNG) powered trucks. According to their maker, the trucks are the first to use high-tech carbon fibre fuel tanks, which allows them to run completely on biomethane produced from food waste.

This decision should keep both the accounts and environmentalists happy, as the trucks’ range has jumped from 300 miles to around 500 miles. Furthermore, the fuel is 35 percent to 40 percent cheaper than diesel and emits 70 percent less CO2. The vehicles are half a tonne lighter, hold more gas and can cover a greater distance depending on the load being carried. They are also quicker to refuel and easier to maintain.

Being green early adopter doesn’t come cheap, though. Each of Waitrose’s new CNG trucks costs 50 percent more than one which runs on diesel. The payback is what has attracted to the supermarket to dig deep, as the investment should see a £15,000 to £20,000 a year saving depending on mileage. Each lorry will save more than 100 tonnes of CO2 a year (versus diesel).

Commenting on the project, Justin Laney, General Manager Central Transport for the John Lewis Partnership (which incorporates Waitrose) said: “With Europe’s most advanced CNG trucks, we will be able to make deliveries to our stores without having to refuel away from base. Using biomethane will deliver significant environmental and operational benefits to our business. It’s much cleaner and quieter than diesel, and we can run five gas trucks for the same emissions as one diesel lorry.”