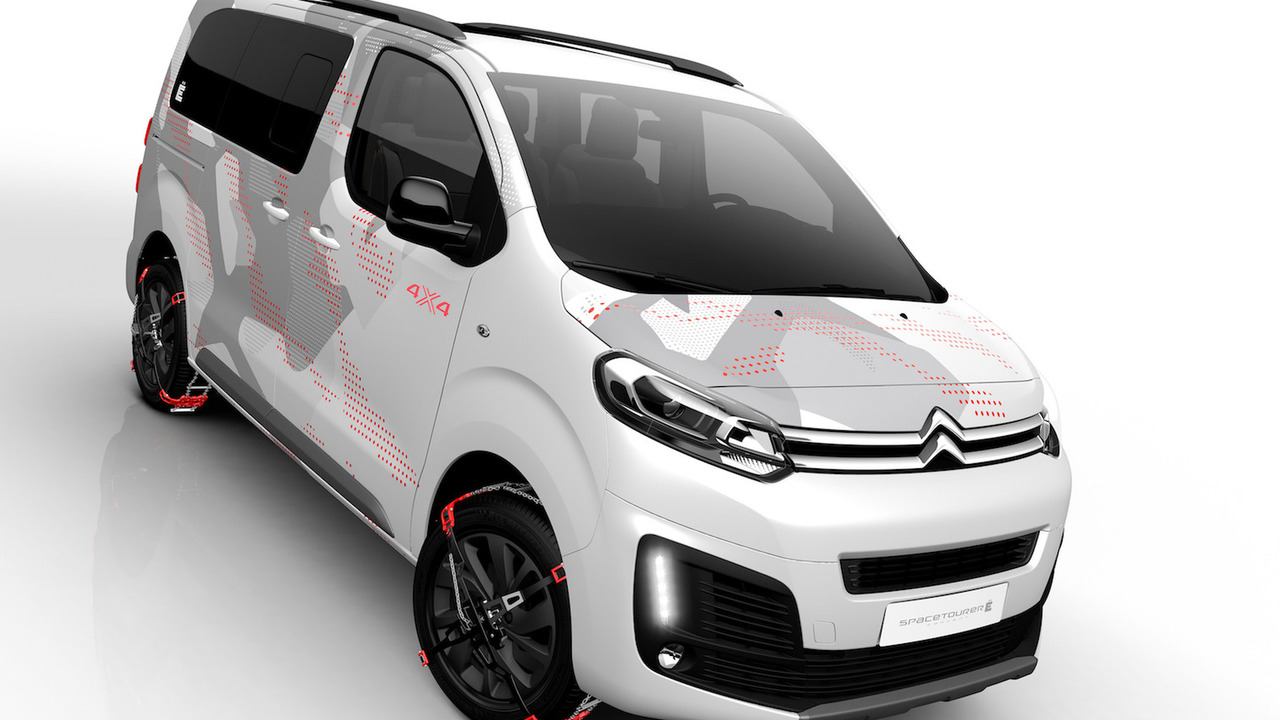 With one eye on the burgeoning lifestyle market, French car maker Citroen has unveiled a more rugged and adventure-centric version of its current SpaceTourer people carrier concept.

Revealed ahead of the March Geneva Motor Show, Citroen says that its new SpaceTourer 4X4 Ë Concept draws inspiration from its own ‘Ë’ brand of lifestyle products first seen at the Paris Motor Show in 2016.

According to its maker, this SpaceTourer concept is said to offer “elegant styling and a unique design,” with class-leading technologies for all types of terrain – including an all-wheel-drive transmission developed by the famous Automobiles Dangel company.

Visually striking thanks to Citroen’s liberal application of bright graphics and choice of contrasting paintwork and wheel colour, the car differs from its concept stablemate thanks to special front and rear protective skid plates and roof bars with a satin aluminium finish. And, in keeping with the noticeable "4X4" branding under the door mirrors and on the tailgate, the car also features tyres equipped with snow chains.

Citroen is promoting this rugged SpaceTourer in three body sizes (XS, M and XL), with the in-the-metal concept based on the smallest of the three options. In a nod to how the vehicle might be used, Citroen is keen to stress that car’s suitability for urban car parks thanks to its sub-2 metre height and compact 4.6 metre wheelbase.

Real world considerations include the use of Citroen’s familiar BlueHDi 150 diesel engine mated to a six-speed manual gearbox, while the concept is equipped with a selectable 4x4 transmission from Automobiles Dangel, the well-known French all-terrain specialist.

And while this concept car is unlikely to reach production in its present form, Citroen has equipped the lifestyle MPV with lots of kit that will no doubt be familiar to existing Citroen owners, such as a high-spec navigation and infotainment system, a driver’s head-up display, blind spot monitoring and a raft of active safety kit.