Porsche Taycan vs Audi E-Tron GT: Which is better?

They are similar, but still quite different.

For a long, long time, if you wanted a fast EV with some good range…you went for a Tesla Model S. What else was there?! But then some traditional carmakers started to get serious about EVs and develop some competition. One of those companies was the Volkswagen Group. They gave a rather large cheque book to the teams at Porsche and Audi to see what they could come up with.

And now we have the Porsche Taycan and the Audi e-tron GT! We’re comparing the two of them today!

Let’s start at the start, shall we? Because these two cars may look different, but they share a huge amount of DNA. The biggest being that they are both pinned on the same platform. It’s Volkswagen’s J1, and it’s a fully dedicated platform for EVs. Manufacturers frequently shoehorn all of the EV gubbins into their combustion counterparts…sticking batteries and wires wherever they can find a bit of room!

But increasingly we’re seeing dedicated platforms that allow manufacturers to start from scratch and not have to make those compromises. In the past, we’ve spoken about Kia and Hyundai using the dedicated e-GMP platform for their IONIQ5 and EV6 models. So Porsche and Audi have both stuck their hand in the VW cookie jar and pulled out the J1 platform to start designing their EVs around.

In terms of styling, it’s great to see that each brand has held onto their history and design language, albeit with some interesting tweaks for the EV age!

The Porsche is undoubtedly the sleeker of the two. It favours some more curves and bulges than the sharp lines and angular creases of the Audi. At the front we see the bonnet, or hood, of the Taycan plunging a little bit more than the Audi and joining with the front bumper much more seamlessly. You have some discreet intakes that form a fang-like drop from the light cluster of the Porsche.

On the other hand, the Audi has a much busier front end, opting for the form of a closed-off grille. At the rear, the Porsche is again much more curvaceous. Both have the uber-fashionable light bar stretching across the back. Whereas the Audi’s bulges at the light cluster on either side, the Porsche has a more consistent shape that forms seamlessly with the lights.

Building cars on the same platform doesn’t mean that the cars will be the same size. Just look at what VW are doing with their MEB platform. But, in this case, they are pretty much the same. In terms of height, width and length, there’s nothing more than an inch in the difference.

You get similar size boots, or trunks. 366 litres isn’t great at all, and you’ll struggle to fit a lot of gear in there. But then again, you’re probably not buying these cars to bring the kids to creche! You can get a boost of a frunk in both though of just over 80 litres. And it’s worth noting that a slightly bigger boot is available.

So there’s not much in it there…let’s move on!

Now before we talk about power and speed, let’s do the part I Iove…batteries, range and charging! It’s worth noting that there’s various options that will affect things like range. So we’ll be taking our pick of the numbers between both cars.

Let’s get going with batteries. We’re going to skip the entry-level version of both cars and jump straight to the top of the line options…although admittedly there’s a big difference in price! Both cars come with a 93.4 kWh battery. But they both have substantial buffers on either side of empty and full…meaning that they won’t give you access to all of the 93.4 kWh and keep a bit to protect the battery. The Porsche gets you 83.7 kWh and the Audi gives you a little bit more in its 85 kWh. Of course, for less than half the money, you can get a version of the Porsche that has a 71 kWh usable battery.

So what do you get out of those batteries in terms of range? As always, it’ll depend on how you drive them. So let’s look at WLTP figures. The Audi e-tron GT in its basic form will get you a WLTP range of 487 km, a smidge more than the RS version. There’s a much bigger variation with the Porsche. So let’s take the Taycan Plus format with the larger battery. That’s got a range of 484 km.

And what about when you finally start falling short on battery and need to charge? Well, this is where the Audi and Porsche will handle themselves pretty well. On AC, both will charge at 11 kW as standard. But you can option 22 AC charging for those that have regular access to 3-phase supply. But many will have their home charger limited to 7.4 kW which will make a full charge take about 13 hours.

On DC, these cars hoover up electrons at a frightening speed! Both cars are built on the same J1 platform and have 800 volt architecture. The Taycan will charge at up to 262 kW, but the Audi has the edge and can reach 270 kW. What’s also impressive and not actually spoken about as much is the charging curve. According to a graph from Fastned, these cars can maintain their peak up to about 30% State of Charge, but hold onto 200 kW all the way to about 60%. Even at 90%, they’re just about holding on to 50 kW!

Although the actual time difference in a DC charging session is so small that it’s not even worth talking about. The reality of charging these cars today is that the infrastructure is frequently years behind the cars’ capabilities!

Let’s get to the juicy stuff now…because these cars are fast! Let’s forget about range and efficiency and jump to the performance versions… the e-tron GT RS and the Taycan Turbo S.
The Audi puts out a hugely impressive 637 bhp (475 kW) and 830 Nm torque. It’ll bring you all the way up to a top speed of 250 kmh. With all wheel drive thanks to a motor mounted on the front and another at the back, you’ll do the 0-100 (62) sprint in 3.3 seconds. That’s blisteringly fast!

But we can go one better on the Taycan Turbo S. Total power is increased to 751 bhp (560 kW) and 1,050 Nm torque. So we’ve a top speed of 260 kmh. But the figure that everyone wants to know is the 0-100 kmh (62 mph). The Porsche has the win here again with a time of 2.8 seconds!
It’s worth noting that the Porsche has a slightly stiffer suspension that will help, and give it a more poised feel in the corners. Although it won’t eat up the bumps and ramps like the Audi will on a long journey. But one thing that will help both cars in the second gear. It’s a rare thing to find in an EV, and will help with efficiency at higher speeds.

So what separates the two cars?  And why would you buy one over the other? This is where the conversation gets really interesting! It’ll depend a whole lot on the individual. If it was me, I’d be taking the Porsche because I just think it’s beautiful, but I’d be speccing the Taycan Plus. A 0-62 mph sprint in 5.4 seconds is plenty for me, and I’d really appreciate that extra range for when I take a longer trip!

For others they want the speed of the Porsche Turbo S, and won’t be put off by the eye-watering price tag!

So, that’s enough from us! It’s time for you to have your say in the video comments! Two exceptional cars featured today. And we didn’t even have time to go through the Cross Turismo version of the Taycan! Maybe that comparison is for another day! Which would you go for?  Or maybe neither car will do it for you, and the extra space and range of a Model S is the only way! 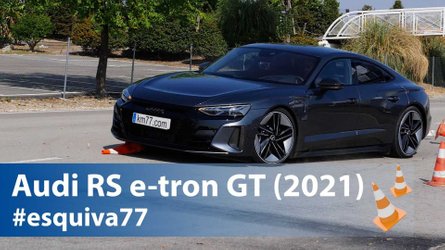 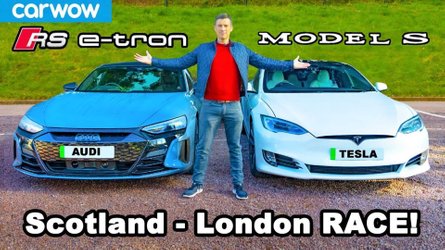 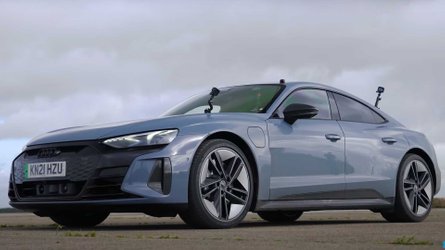 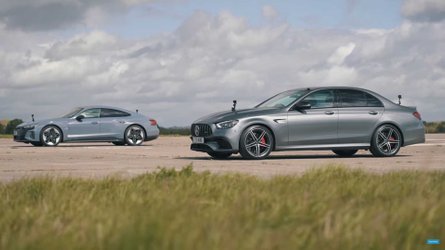