ABCs of EVs: B for battery swapping

It's becoming quite popular in China.

Hello again, and welcome back to another busy instalment of the ABC of EVs. Today we’re looking at Battery Swapping. But hang on for a second, because your idea of battery swapping may not be the same as the next persons…Stay tuned for the details!

We’re going to break today’s video down into two very different types of battery swap.
So what happens when your EV has a couple of hundred thousand miles on the clock? Maybe you have an older 24 kWh Nissan LEAF that’s 7 or 8 years old now. Let’s say the battery health has dropped down to 70% state of health. The rest of the car is in great condition so apart from a tired battery there’s no need to get rid of it, right? We’ll get onto that in a minute.

The second situation is quite different. What if you’re battery health is absolutely fine, but you’re a little low on electrons. Well, some manufacturers have taken a different approach to charging. They actually swap out your battery for a fully charged one! You just turn up, and in the space of less than 5 minutes you’re on your way with a fully charged battery!
So there you have two different type of battery swapping. Let’s look into each in a little more detail now.

We’ve made a couple of videos already all about batteries and how they degrade over time, so check those out. And because we made those, we’re not going to go back over the details of how much longer EV batteries are lasting than the naysayers predicted!
Let’s take the example of an original Nissan LEAF, about 10 years old. It’s lost a good third of its battery health and might only get you 50 miles or so. What you can do now is bring it along to an ever-expanding list of companies that are doing battery swaps.

They take in your old car, hoist it up and spend a few hours working on it to swap out the battery. But it’s not quite as easy as just throwing in any old battery to replace it. You see, each battery has quite a sophisticated BMS, or Battery Management System. What the company will have to do is provide an interface that will allow the new battery pack’s BMS to communicate with the old car itself.

Another thing to mention is that thanks to amazing developments in battery technology, the physical size of newer battery packs will remain the same or even smaller despite being able to store a lot more energy. For example, the newer 40 kWh battery will fit easily into the same slot as the older 24 kWh LEAF battery.

But we don’t have all day to dwell on swapping old LEAF batteries as we’ve another type of battery swapping to talk about.

Swapping as a Service

Let’s move on to battery swapping as a service. This is when you might have a perfectly healthy battery, but instead of charging it up, you pull up at a garage or kiosk, and it gets swapped out for a fully charged one.

Now, many people will tell you that it’s a silly idea. Tesla tried it, right?, and it was a disaster! But what if I told you that a company in China have been doing it for some time now, and are making a great success of it.

So we’re going to use the example of Nio in China that are going all-in on battery swapping. And here’s a number that might surprise you…as of two weeks before recording this video, Nio customers had completed more than 4 million battery swaps! So this is no flash in the pan. And they plan to vastly increase the amount of stations, bringing the total up to about 4,000 globally by 2025.

So what’s involved? Well, the Nio Power Swap Station 2.0 is linked to your app. You tell the station you want a swap. Your car is driven into the station. Once there, the laser guided process starts. The machine unscrews your battery and drops in onto a tray that gets taken in to be recharged. Another battery comes out and gets lifted up into your car and screwed in. Hey presto, you’re done and on your way!

But that’s only one way to battery swap. Some electric scooters are being made with modular batteries. You lift up the seat, pull out one or more of the batteries, sling them over your shoulder and carry them into the office, or swap them at a station. We could be here all day taking about the various ways of battery swapping!

So there you have it folks…battery swapping in a nutshell. So much to cover… 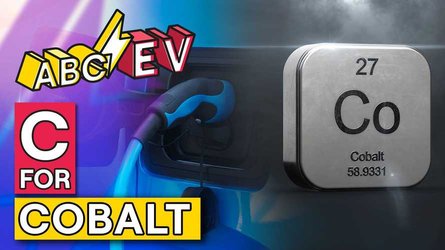 ABCS of EVs: C for Cobalt
⠀ 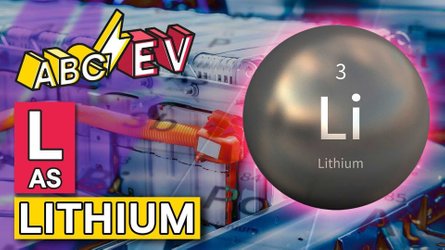