Lamborghini is firing on all twelve cylinders, here's why 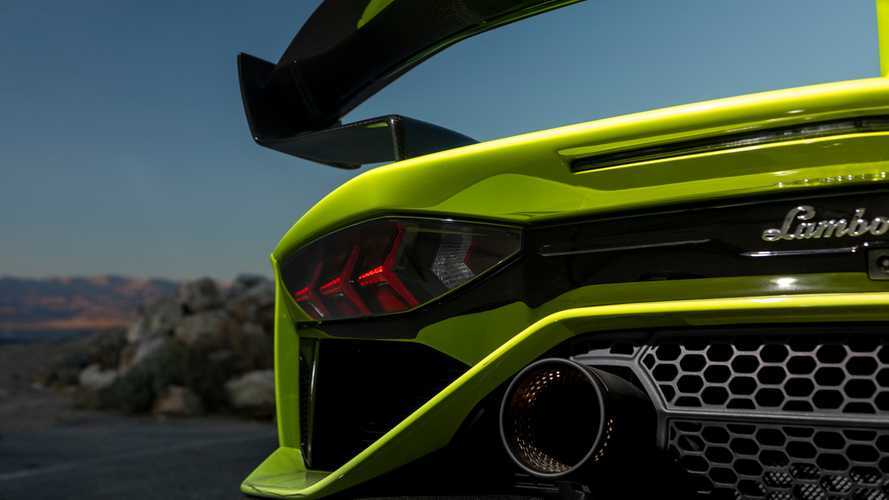 The Italian super sports car maker looks poised for success in the decade ahead – here’s why.

Judged from just about any metric that’s applicable to a high-end luxury marque, Lamborghini is on a roll. 2019 proved to be the strongest sales year in the company’s entire 56-year history, with worldwide deliveries up a whopping 96% in the first half of the fiscal year versus that same period in 2018, due in large part to very strong demand for the new Urus sport utility vehicle.

Lamborghini to end sales boom in 2020 for stability, exclusivity

The brand from Sant'Agata, Italy also remains at the top of the leaderboard for production vehicle lap times at Germany’s famed Nürburgring, bragging rights which come as a result of factory driver Marco Mapelli’s blistering 6:44:97 run at the helm of an Aventador SVJ back in July of 2018. The company’s racing division also saw plenty of significant accomplishments of its own, taking home the IMSA GTD Constructor title along with the International GT Open championship title in the 2019 season.

But like many exotic automakers, Lamborghini has also weathered significant tumult in the past – a stark reminder that in a business as voraciously competitive as automobiles, prosperity is never a sure thing. The company’s current strength comes as a result of a number of different factors that have not only contributed to its current positioning, but also point the way toward continued success as the next decade unfolds. Let’s take a look at them.

More Than Just A Pretty Face

Head-turning design and potent powertrains have been hallmarks of Lamborghini’s playbook ever since the first V12-powered 350 GT rolled out of the factory back in 1964. But in an era when 700-horsepower family saloons have become normalised, exotic car makers simply cannot rest on their laurels. Accordingly, models like the Huracán Evo Spyder aren’t just notable for their jaw-dropping wedge silhouettes and straight-line performance, but for the highly sophisticated integrated technologies that make these machines both incredible all-around performers and remarkably civil daily drivers.

“This is fundamental,” Lamborghini’s Chief Technical Officer, Maurizio Reggiani, told us on the Pebble Beach Concours Concept Lawn last summer. “These systems in the car allow us to better interpret the expectations of the driver. For example, if you select Sport drive mode, you probably want to have some fun. So with the rear-wheel steering and torque vectoring, we allow the car to maintain a controllable drift angle if the driver asks for it, and the systems are designed to provide the confidence needed to push the car further. Conversely, if the driver chooses Strada mode, we know that they would like the car to be more stable and easier to manage.” And that means the vehicle’s front-to-rear torque distribution, suspension stiffness, stability controls, and other adjustable characteristics are all tweaked to accommodate.

While there are fundamentals that the company holds sacred – like the naturally aspirated V10 and V12 engines found in Lamborghini’s sports cars – the company has also shown it’s willing to branch out, opting to use a twin-turbocharged, 650-horsepower 4.0-litre V8 to motivate the Urus SUV due to the low-end torque it provides. It marks the first time Lamborghini has used forced induction in a production vehicle, and that boosted mill, along with clever torque management and weapons-grade performance goodies like ten-piston front brake callipers and 17.3-inch carbon discs, equate to a 4,800-pound SUV that can rocket to 60 mph in a supercar-like 3.6 seconds and dish out faster lap times than the original Gallardo.

Given that, it should come as no surprise that the Urus, along with the aforementioned Huracán and Aventador sports cars, have proven quite popular in recent years. In fact, there’s been some talk of limiting production to 8,500 units in total across the brand over the next few years in order to maintain sales stability and brand exclusivity.

Creating a compelling product is one thing, but effectively marketing it is quite another. Fortunately for Lamborghini, this is another element of the automaker’s business acumen that stands out amongst its peers. Ads like this one called "Lamborghini Real Lover," which tug at the heartstrings while simultaneously capturing the essence of what makes these Italian exotics so compelling, make it clear that the company has a strong sense of who its audience is, and why they care the cars so much.

It goes beyond clever commercials, though. Social media platforms like Instagram, where Lamborghini outpaces Ferrari by nearly 30% with 24.6 million followers, allow the automaker to leverage its eye-catching designs while also connecting the brand with an image, whether that’s of a race car driver, a well-heeled jetsetter, or someone who just appreciates a compelling figure.

There’s also Lamborghini’s merchandising to consider, which serves as an additional revenue stream as well as another way of connecting a lifestyle (aspirational or otherwise) with the company’s core products. The brand has even begun a partnership with Lego with two new sets announced for the Urus and Huracán.

While many of these pieces have been in place for some time, significant credit must be given to Lamborghini’s current CEO, Stefano Domenicali, for steering the ship on its current course.

Born and raised in Imola, Italy, Domenicali spent much of his childhood at Autodromo Enzo e Dino Ferrari race circuit helping out in the paddock during race weekends, and his resume includes an extended stint as the team principle for Ferrari’s Formula One effort before he was hired on by Audi in 2014.

"It is the people within our business that mean the most to me. It is all about an incredibly passionate and dedicated team.” – Stefano Domenicali

Two years later he replaced Stephan Winkelmann at the helm of Lamborghini. They were sizeable shoes to fill; during his 11-year tenure, Winkelmann had led the company down a path of steady growth, eventually doubling annual sales and expanding its workforce by over 50 percent. He also oversaw the launch of two out of the three models that Lamborghini sells updated iterations of today. But considering the record-setting year the company just came off of, Domenicali seems to be handling it pretty well.

“We always planned that the Urus would contribute to a doubling of production, and we are well on track to realising this,” he told Luxury London last April. “On this, though, to me personally it is always about the people: we were at 1,750 employees by the end of 2018, with 70 percent of them hired in the past five years. It is the people within our business that mean the most to me. It is all about an incredibly passionate and dedicated team.”

What The Future Holds

Looking at the road ahead, an Aventador successor, an all-new 2+2 grand tourer, and hybridisation across the lineup appear to be in the cards. “Supercars are different from normal cars, but as electrification and hybridisation will become part of our market, it’s fundamental that we ensure our research and development team are studying this for our future cars,” Domenicali explained. “The first step towards electrification will be represented by hybridisation in the next generation of our super sports cars, as well as the Urus.” So while the limited-production Sian doesn’t foreshadow the design language of the company’s next flagship, its hybrid powertrain – which pairs Lamborghini’s 6.5-litre, naturally aspirated V12 with a 48-volt mild-hybrid system for a combined output of 819 horsepower – may prove to be a preview of what’s under the bonnet.

Either way, there’s a safe bet that Lamborghini’s upcoming offerings will follow the company’s tradition of producing machines that make hearts race and eyes bulge in equal measure. “In the future, our portfolio has to remain supersport,” he concluded. “This is the focus we need to keep.”