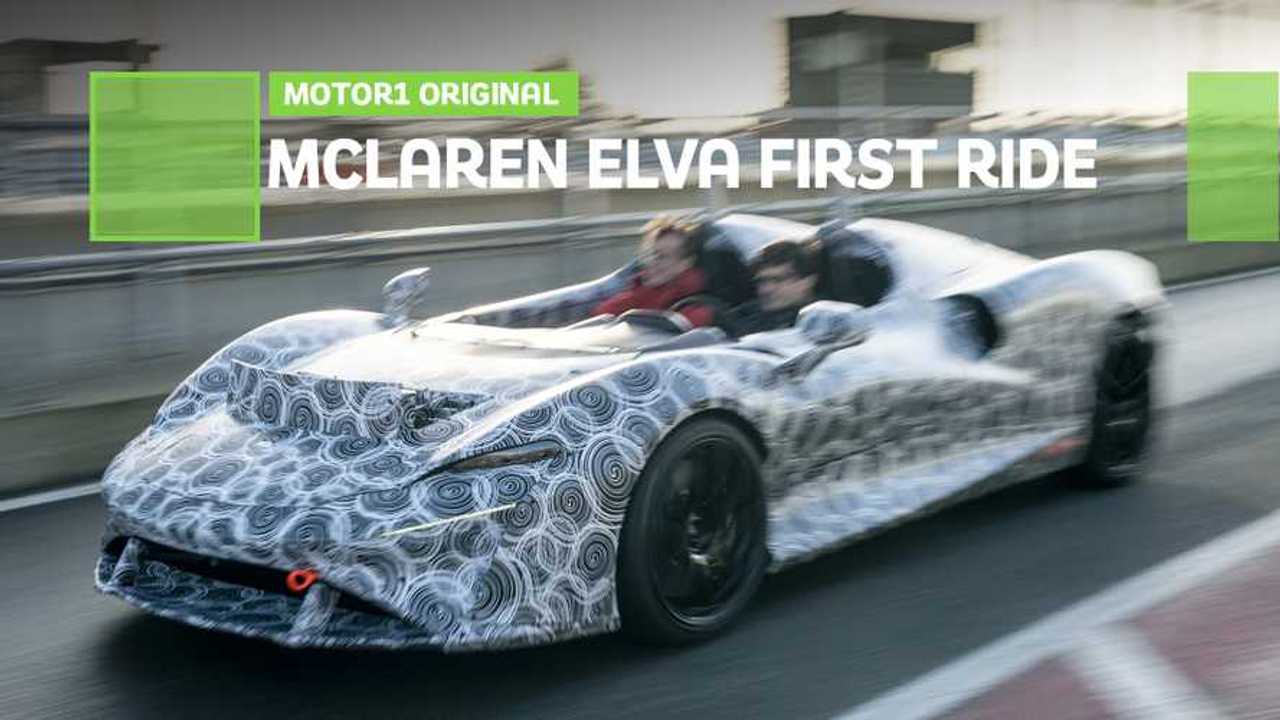 What's it like to ride in an 804-bhp roadster with no windscreen? Surprisingly calm.

The latest addition to McLaren's Ultimate lineup, the open cockpit roadster named Elva, has just been revealed and we were graciously offered a first ride. Lighter and faster than the Senna, it's a car that, according to its creators, gets you from "A to A."

The Elva shares its name and design inspiration with the McLaren-Elva M1A of the 1960s. As such, it has no roof, side windows, or windscreen, just like the original. How then can one drive the Elva at speeds that its 804 bhp engine make possible without the wind beating them into a coma?

Official info on the Elva:

McLaren Elva revealed as £1.4m supercar with no roof or windows

McLaren's answer is the Active Air Management System (AAMS). As we explained when the car debuted, AAMS encapsulates occupants in an aerodynamic "bubble" by channelling air through the Elva's nose and out a vent at the front of the vehicle just ahead of the passenger area. With the guiding aid of an active deflector, which rises up to 15 cm, the turbulent air shot out through the front vent makes its way over the passenger area, and, in turn, leaves those seated within the Elva in relative calm.

We had to try this out for ourselves, and here's how it went.

The first run was in the car with the bonnet vents completely closed and AAMS disabled. Once we got above 30 mph, tears begin to stream from our eyes. When we approached 50 mph, our eyes completely welled up. At this point, we felt lucky we were in the passenger seat and not behind the wheel. Getting on to 70 mph, it became a struggle even to breath.

For the next run, McLaren removed the blanking plate and installed the Active Air Management System; it was a remarkable difference. The experience was elemental. You can physically feel the "bubble" above you, where the air flow is manipulated by the state of the art system, simply by raising your arm a feet or so above head height.

The production version will have a motorised version of AAMS, unlike the static, removable model on this "aero thermal mule." This was just an opportunity to experience the system in action before the camouflaged car goes off for final development ahead of its 2020 on sale date. McLaren will also offer an actual windscreen in countries where such things are mandatory, like the US.

There are just 399 examples of the Elva available at a starting price of £1,425,000, so you’ll have to be almost as fast as this roadster to get your name down. And with a windscreen made of air, you can understand how this unique car in McLaren's Ultimate lineup gets the honour of being the company's lightest road car ever. That said, if you want to drive this car in the style of the McLaren-Elva M1A of the '60s, you'll need to wear a helmet and goggles.