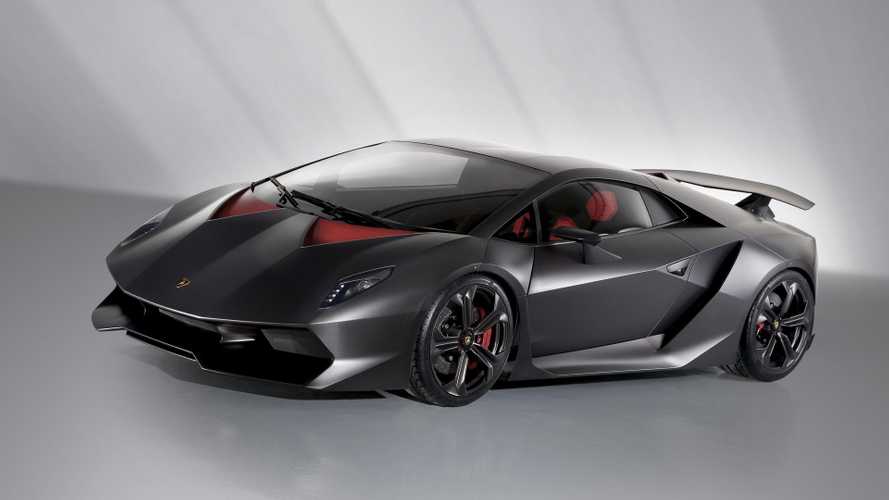 Forget the petrol-electric hybrid Lamborghini Sián the brand plans to show at the upcoming Frankfurt Motor Show, because we’re going back in time to the 2010 Paris Motor Show and the debut of the Lamborghini Sesto Elemento. Italian for the “Sixth Element,” the Sesto Elemento is an ode to carbon; the sixth element on the periodic table.

Thanks to a body made of carbon fibre, the wild-looking Sesto Elemento weighs just 999 kg, or 62 kg less than a Mazda MX-5. Whereas the Mazda relies on a 181-bhp 2.0-litre four-cylinder engine for motivation, the Lambo employs a 562-bhp 5.2-litre V10. With power flowing to all four wheels, the Sesto Elemento scoots to 62 miles per hour in a mere 2.5 seconds. That’s 0.3 second quicker than the 808-bhp Sián, and further proves that limited mass ultimately triumphs over absolute power.

The Sesto Elemento receives the green light for production almost a year after its Paris debut. Limited to 20 units, the Sesto Elemento is a track-only machine and each sells for more than £2,300,000. With such limited production and a high likelihood of appreciation, the carbon-fibre sports cars surely spend far more time in garages than on tracks.

Fortunately, the styling of the car is nearly as exhilarating as its performance, and the sharp angles that run across the door panels, exposed carbon fibre, barebones dashboard, and foam padding adhered to the cabin's firewall and floors – and replace traditional seats – offer the visual excitement needed to make it possible to stare at a sitting Sesto Elemento for hours on end.