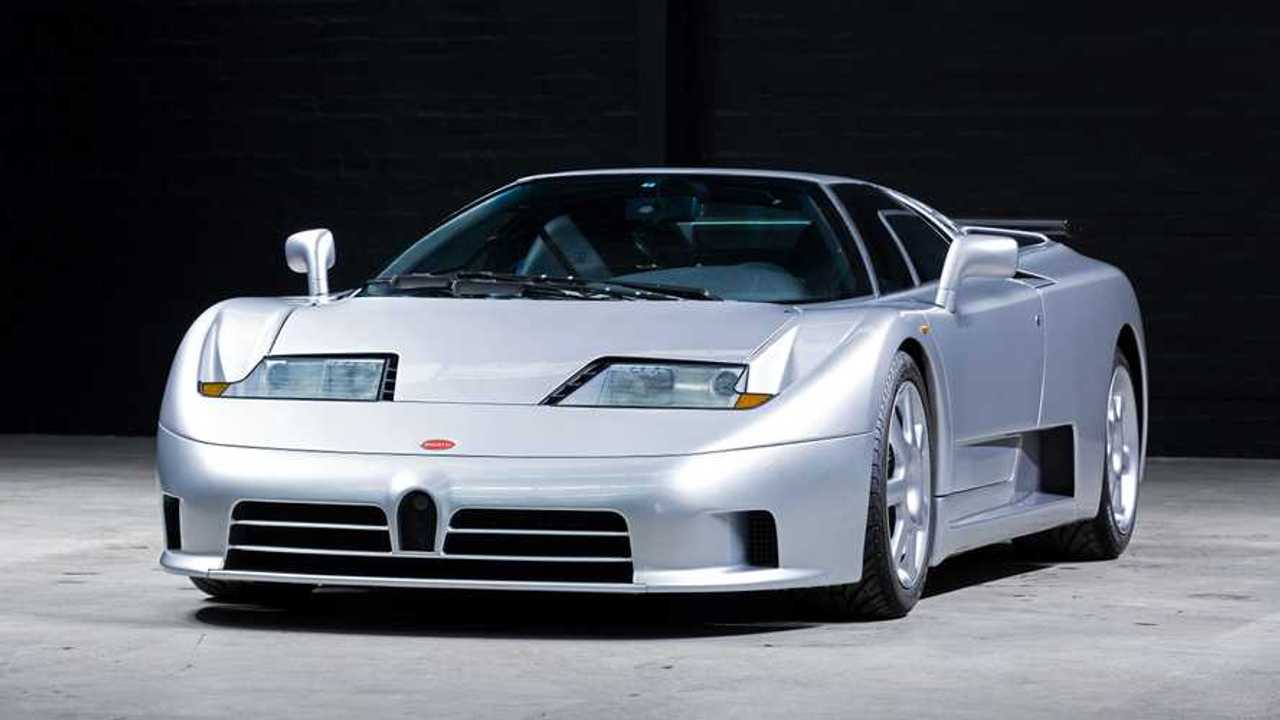 Before the Veyron and Chiron, there was the EB110 SS.

You’re all probably familiar with the contemporary Bugatti lineup, which includes the Veyron, Chiron, and various special editions like Divo and Voiture Noire. But years before Bugatti’s modern Volkswagen-fuelled power trip, the brand’s previous owner – Italian entrepreneur Romano Artioli – built a supercar that, at the time, was as quick as anything. He called it the EB110.

The original Bugatti EB110 debuted on September 15th, 1991 – the date of company founder Ettore Bugatti’s 110th birthday. But it wasn’t until almost a year later that Bugatti unleashed the full potential of the EB 110’s quad-turbocharged 3.5-litre V12. The 603-bhp EB110 Super Sport (or, SS) showed face for the first time at the 1992 Geneva Motor Show.

Visually, not much changed over the standard EB110. The SS model didn’t lose the conventional 110’s Marcello Gandini-designed flat and broad characteristics, especially on the front fascia, but gained some additional aerodynamic cues. Most of the upgrades were under the bonnet; the same 3.5-litre V12, now with a reprogrammed ECU, bigger injectors, and a free-flowing exhaust system, produced more than 60 brake horsepower more than the standard EB110 (541 bhp). And it was lighter, too, shedding 150 kilograms over the 110 GT.

From a standstill, the EB110 SS could sprint to 62 miles per hour in 3.2 seconds. Flat out, it would continue on to a top speed of 221 mph. The McLaren F1, with its 231 mph top speed, was technically faster, but the EB 110 SS remained in the top speed record conversation. And it received some much-needed celebrity backing later in life.

In 1994, Formula One driver Michael Schumacher bought a bright yellow EB110 SS brand new from the factory. It was the only one of its kind, wielding a more posh GT interior with custom black leather seats. Schumacher’s purchase helped bolster Bugatti’s image in the supercar space, but it was only temporary.

Too Close To The Sun

Romano Artoli’s Bugatti shuttered in 1995 – and the EB110 along with it – following the overly ambitious CEO’s purchase of Lotus the same year. Bugatti’s bankruptcy also put a halt on the development of the then-upcoming EB112 four-door. The surviving EB110’s and their remaining parts were sold to Dauer Racing GmbH, and in 1998, VW acquired the Bugatti name and as they say, the rest is history.