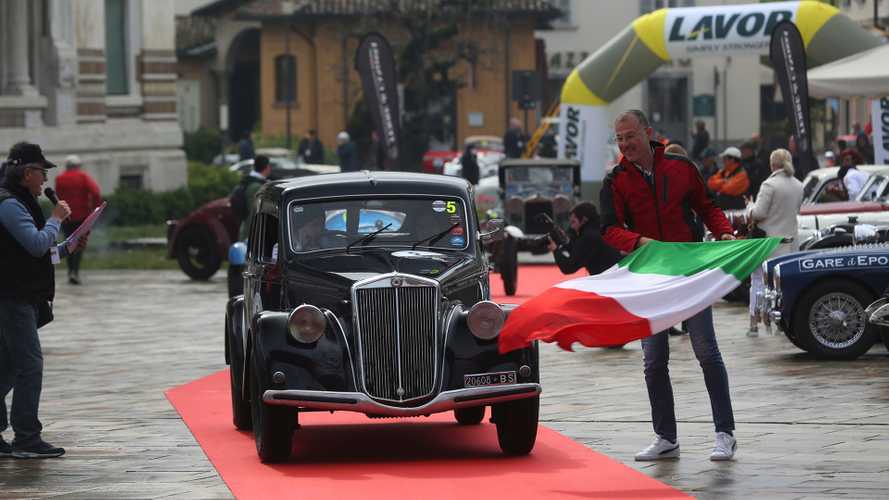 Established in 2000, the Modena Cento Ore takes participants across a swath of Northern Italy. The journey begins in Rimini, on the east coast, cuts over to Forte De Marmi, on the west coast, and finally ends in Modena. In spite of its thrilling route and beautiful scenery, the rally lacked the esteem to seduce owners of the world’s premiere classic cars to join in on the journey.

Other people you should meet:

“Modena is the most important city for motor cars in Italy, and we don’t have a famous rally,” Luigi Orlandini recalled thinking at the time.

So in 2010, Orlandini created Canossa Events, an automotive event organisation. One of the company’s first tasks? To put together the fledgling Modena Cento Ore. Almost a decade later, the group continues to organise the five-day rally. And while it still lacks the prominence of an event like the Mille Miglia, the notoriety of the Modena Cento Ore continues to grow with each passing year. So, too, has Canossa Events own acclaim.

“[Canossa Events is] probably one of the most important organisers of these kinds of events in Italy and possibly Europe,” Orlandini told Motor1.com.

"[Canossa Events is] probably one of the most important organizers of these kinds of events in Italy and possibly Europe," – Luigi Orlandini

The Italian company now organises a number of automotive events throughout the year. Business is at such a boom, in fact, that Canossa Events opened a second office in Dubai so work can continue during the winter months.

While the Modena Cento Ore helped kick off Canossa Events rise, it is by no means representative of all the events the company plans. Along with organising drive routes for a number of automakers, Canossa Events also arranges group tours for private individuals.

Orlandini estimated that a three-day group tour through Tuscany will set a participant back between €3,000 and €4,000 (or about £2,500 to £3,400). Such a stint covers a co-driver and a single car (the driver and co-driver are responsible for bringing a vehicle to the event). It also includes a completely mapped out drive route, meals, luxury lodging, and support vehicles that can provide technical service (in case an unforeseen breakdown occurs) and run the route ahead of time to make sure the roads are clean.

Nevertheless, those with the desire or means can spend north of €20,000 (or more than £17,000) for an exceptionally posh or multi-week driving tour. Orlandini, however, acknowledged that the company’s typical three- to five-day runs are ideal for most customers: “[They’re] long enough to enjoy and short enough not to bore.”

Although Orlandini spoke passionately about each and every event that his company organises, he seemed barely able to contain his excitement while discussing the Modena Cento Ore. Orlandini shared stories of the ingenuity exercised by the event’s participants in their attempts to cross the finish line, and his accounts included that of a team that crashed their Ford Thunderbird and opted to donate their car’s gearbox to a competing team with a Thunderbird that suffered a blown transmission mid-way through the rally, thus allowing the other team to finish. Another tale he shared is of a team that flew in an entire engine from England to replace the blown unit in the Ford GT40 they were competing in. No doubt, the Modena Cento Ore is Orlandini’s baby, even if the Italian classic car rally is but a small part of the work Canossa Events does these days.

Predictably, Orlandini owns a number of classic cars, and his collection includes a Ferrari 308 GTS, an Alfa Romeo Giulia 1600 Ti, and an Alfa Romeo Giulietta Spider. These aren’t garage queens, either, as Orlandini regaled the tale of a four-day winter trip through Monte Carlo in the drop-top Alfa Romeo.

“I went to the North Face store and I bought everything!” Orlandini said with a laugh. Thanks to the many heavy layers of clothing he wore, Orlandini (and the Alfa) survived the frigid journey.

Like Orlandini himself, the crew at Canossa Events adores all things automotive. With such devotion to their work, it’s no surprise Canossa Events has grown from a small passion project aimed at bringing respect and admiration to the Modena Cento Ore to a full-scale automotive event organisation with clients from across the globe.