YouTube star Shmee150 tells us all about hypercar ownership 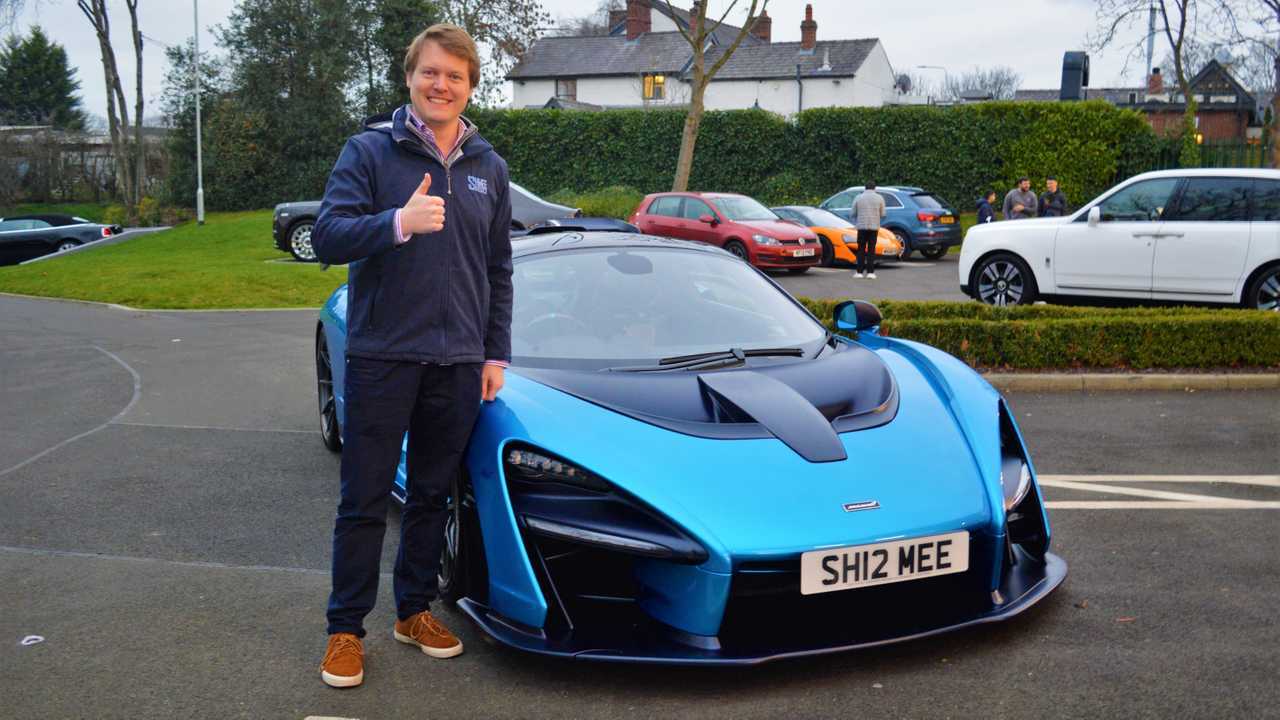 The internet sensation had a Christmas to remember.

This past weekend Motor1 UK had the chance to catch up with someone who definitely had a Christmas we're all envious of: YouTuber Tim Burton, better known as Shmee150.

While most of us made do with a new pair of socks or a Lynx Africa gift set, one of the internet's leading automotive figures – who has more than five million followers across Facebook, Instagram, Twitter, and YouTube – took delivery of two of the most impressive high-performance cars currently on the market.

Within a day of each other Shmee added a Ford GT and a McLaren Senna to his impressive garage, which already boasted a McLaren 675LT Spider, an Aston Martin Vantage GT8, a Mercedes-AMG GT R, and a brace of limited edition Ford Focus RSs.

Of course, unlike most festive surprises, Shmee's latest additions were the result of several year's hard work behind the scenes, having first made a move to acquire both cars in 2016. He may have known for some time that both were coming, but the actual delivery dates proved to be a real shock.

"It’s funny that both of these cars arrived at exactly the same time, I’m very lucky to get allocations and then to purchase each of them. When I applied for a Ford GT in April 2016, having already put in my letter of intent for the Senna, the last thing in the world I expected was to collect both cars before Christmas physically one day apart," Shmee told us. "There was literally one sleep between them. There was a lot happening at the same time so that was completely unpredictable."

"To be honest with you I expected the GT slightly earlier, but on the other hand McLaren were building ahead of schedule and the Senna got brought forwards. If you’d have asked me three months before, I thought they’d be three months apart, and then everything just kind of happened and everything came together."

While the arrival of both cars was well documented on Shmee's YouTube channel, regular followers of his will be all-to-familiar with the almost constant bombardment of questions asking when he would be purchasing a so-called 'hypercar'. Adding a Senna to his garage finally allowed him to put an end to those queries, even if that wasn't originally the intention.

"Going back a little bit I did a video where I talked about the pros and cons of running one hypercar as opposed to a garage of supercars, and a lot of this is of course relevant to one’s financial position, but also the sheer amount of driving and events I go to," he said. "I wouldn’t say I went out wanting to buy a hypercar, but I wanted to buy a car that was above the range of supercars like the Ferrari 488 Pista, the Lamborghini Huracan Performate, but not in the Bugatti Chiron, Aston Martin Valkyrie and Mercedes-AMG One levels because I couldn't afford such a car."

"When you think back to P1 times, I was almost saying that I’d be interested in the next McLaren Ultimate Series, not really knowing what that was going to be at the time," he continued. "As a bit of time went by – and we’re talking three years ago now, around the time the 675LT was getting such acclaim from the media – it looked like they were going to make a track-focused Ultimate Series car. I was in love with my 675LT so I said ‘put my name down’."

"I’ve had a big fondness for McLarens having been with them, having grown familiar with their driving styles," he said, referring to the 12C, 650S Spider, and 675LT Coupe that he previously owned. "With McLaren I felt very much that the arrival of the Senna, or as it was called when I ordered it ‘Codename P15’, was a car that would appeal to me because it would take what I love about the cars to literally the next step ahead."

The McLaren Senna is unique in the current hypercar market in that it offers similar performance to cars costing nearly 50 percent more, and it was that unique position that the car holds in the current automotive landscape that ultimately proved to be the big draw.

"For sure it’s a factor in my position," he revealed. I’m a big fan of the Bugatti Chiron, I’d love to go out and purchase one but I can’t afford one – it might sound strange saying that as a McLaren Senna customer but it’s reality. It’s still a big difference between the pricetags of the cars."

"We live in a world of hypercars where we’re spoilt and it’s moving very quickly – 15 years ago the most money you could spend on a car was an Enzo or a Carrera GT for three or four hundred grand. You can easily now go out to Bugatti, Pagani or Koenigsegg an spec a car into multiple millions; and not even that, with the AMG One, the Valkyrie, and the [McLaren] Speedtail we’re talking £2-3 million per car," he said. "A Senna-priced car is almost the hypercar level we had, but now there’s a new category [that it's in]."

With the Senna and the Ford GT now firmly a part of Shmee's collection, the veteran of 'regular' supercar ownership is learning a thing or two about having rare cars that are a step above anything else he's ever owned before.

"I can tell you what I’ve learnt already is that it’s a much more complicated world in terms of the logistics, the insurance, the transportation, the planning, everything involved in a car of this level has to be so much more worked out than just jumping in, let’s say, the AMG GT R or the [Porsche] 911 GT3," Shmee said. "I’ve also kind of progressed through different cars and different tiers – even in the early days I went from a Clio to a [BMW] 1 Series, to an Audi S5, to an Aston Vantage, to the Audi R8, to the McLaren 12C."

Looking forward, Shmee admitted that although adding two cars so special at the same time has left him "completely torn" with which one to drive more, he is excited about a future with both in his stable.

"It feels like they’re children, you need to give them each the same amount of attention," he quipped. "I’m very excited about what I will do with them during the year, but which car do I take to which event? And then also I’ve got the 675LT and the Vantage GT8 that are my two other very special limited cars that are part of my collection, when are they going to get fair usage going forward? I want to make sure they continue getting driven."

One thing is for sure, the self-made man will continue to give each of his 'children' the attention they deserve.

"My dream was originally to drive a supercar one day, with a distant dream that I might be lucky enough to have a car collection one day. Even if the cars stop seeing regular usage, they’ll never go ignored," he insisted. "They’ll always be driven and taken to the appropriate events and ultimately form part of a car collection that is very personal and special to me."

We got a great look at Shmee's new McLaren Senna at McLaren Manchester at the weekend, and you'll be able to see it as well at the Autosport International show in Birmingham later this week. Tickets for the show, which runs from January 10-13, are available at www.autosportinternational.com.