This non-alcoholic Arkay cocktail was designed for drivers 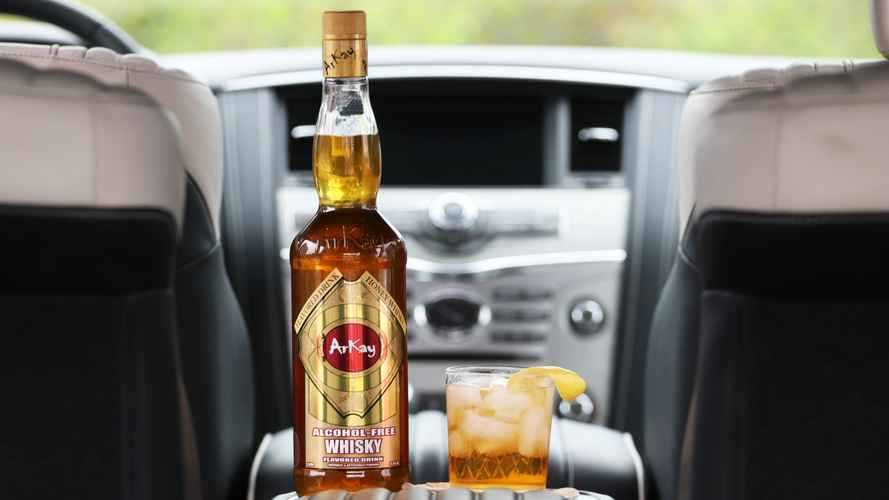 We call it the "Three-Row Special."

According to the National Highway Traffic And Safety Administration, drinking and driving kills more than 10,000 people in the U.S. annually. Hoping to curb that statistic, French beverage company Arkay introduced a line of top-shelf, non-alcoholic liquors that lets you enjoy the flavor of your favorite adult beverage without the potentially life-ending consequences. It’s a smart solution to a staggering problem.

Buyers in the U.S. can take home a bottle of Arkay for $40 through the company’s online store, but the company is also launching a new collection of one-liter cocktails this fall, retailing for $15. With that in mind, we’ve partnered with Arkay to develop a few fun, automotive-themed cocktails that are safe to drink before driving.

We call our first recipe the "Three-Row Special." This riff on a Whisky Collins uses non-alcoholic Arkay honey whisky instead of its alcoholic counterpart. It’s made for the family man (or woman) that doesn’t mind acting as designated driver behind the wheel of their large luxury SUV that can fit up to seven friends and family members. With hints of lemon and smooth Arkay whisky, it’s light and refreshing. Here’s the recipe:

Arkay was founded in France by Reynald Vito Grattagliano and his wife Sylvie, but the company also has a home in Laredo, Texas, and a bottling plant in Mexico. Each specialty liquor uses American-made glass bottles, and a patented technology called W.A.R.M., which is also produced here in the U.S. In its most basic sense, W.A.R.M. molecules are a derivative of capsaicin. This odorless molecule has the same atomic structure as alcohol, and without the added step of fermentation, provides the same flavor and kick as real alcohol sans the risk of inebriation.

This auto-themed "mocktail" is one of many we hope to create with Arkay.

This article is sponsored by Arkay Beverages. Motor1.com and Arkay Beverages believe one life lost to drunk driving and the perils of alcohol addiction is one too many. If you're going to drink, drink responsibly, or just drink an Arkay instead.