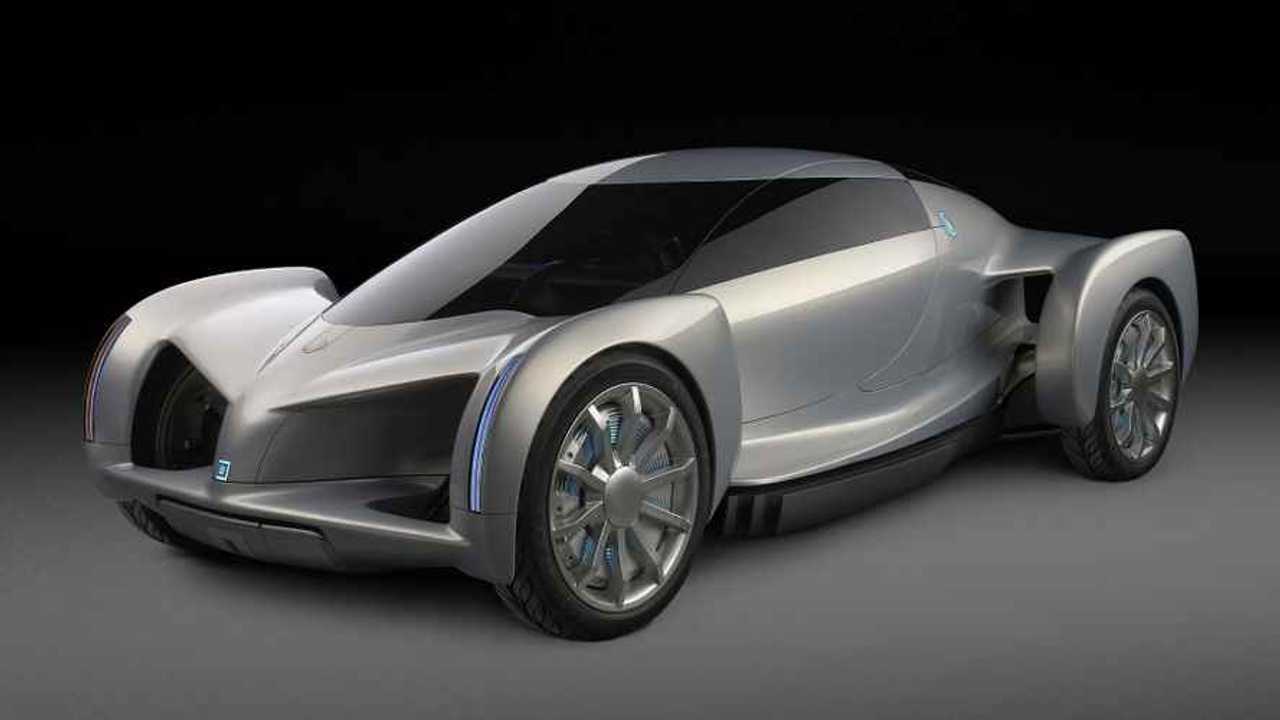 Why We Remember It Now:
Nowadays things like self-driving cars and hydrogen fuel cell vehicles are talked about daily, and are very realistic propositions in the real world. So it's kind of crazy to think that such things were being talked about and exhibited almost 20 years ago.

The General Motors AUTOnomy concept was, as the name suggests, a completely autonomous car. It was also powered by a hydrogen fuel cell, or at least that's what GM told us when it was revealed in 2002. While autonomous features are gradually creeping onto production vehicles, you won't exactly find a hydrogen-powered mainstream model on the road just yet.

The radical concept was the very first car designed specifically around a fuel cell propulsion system, and it was the first fuel cell vehicle to rely on with drive-by-wire technology rather than mechanical controls for things like throttle application and steering. Instead, there were no pedals and no steering wheel, in their place was an aircraft-like manual steering control – which of course didn't need to be used.

What's more, its innovative 'skateboard' style chassis concept housed all the car's working parts in its wheelbase. This meant that the same platform could be used for numerous different models. It's an idea not too dissimilar to Volkswagen's new MEB platform which will be utilised across a number of different cars – although that'll be a bit more traditional and a bit less Tony Hawk.

AUTOnomy's unique chassis layout meant that unlike other hydrogen studies, the car's running gear wasn't being shoehorned into existing cars designed to accommodate internal combustion engines. That gave passengers the freedom to sit basically anywhere in the vehicle, and the designers the freedom to do whatever they wanted.

"AUTOnomy is about freedom - the freedom of our customers to buy cars and trucks that ignite their passion, and the freedom of our designers to develop the kinds of vehicles that our customers can fall in love with." GM's former Vice President of Research and Development and Planning was quoted by autointell.com. "It's also about energy and environmental freedom - enabling GM to develop and market sustainable vehicles as part of a sustainable economy."

Power came from existing technology GM had been working on at the time, its HydroGen III fuel cell system, which was packed into the car's 6-inch-thick chassis. It is worth pointing out that were the car to be put into production, that dimension would likely change depending on the hydrogen storage technology available at the time of its build.

The radical concept was supposed to preview the future for GM. It didn't however predict the company's chapter 11 bankruptcy just seven years later, and since then the American firm's development of hydrogen technology has been, at least, a lot less public. AUTOnomy meanwhile is yet to make it into production, except in Hot Wheels form. It also had a spell on display at Walt Disney World in Florida as part of the popular Test Track attraction, where is was housed until the ride was overhauled in 2012.