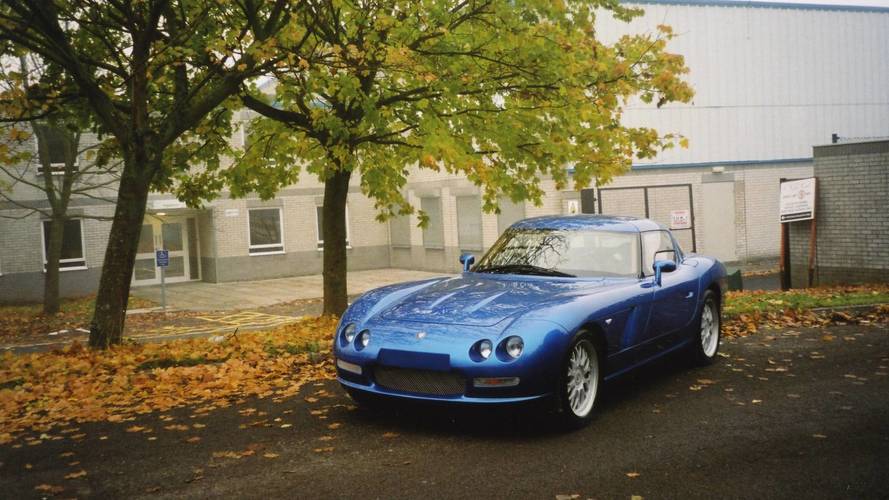 How many have you heard of?

Britain has a rich history of car manufacturing. We've all heard of the likes of Aston Martin, Bentley, and Jaguar, but what other carmakers are hiding in plain sight on these shores?

We take a look at 10 of the most obscure names in the British motor industry.

Morgan has been making hand-built sports cars for over 100 years. Founded by Henry Frederick Stanley Morgan, the company has remained family owned since.

Another constant since its founding has been Morgan’s insistence on relying on traditional building techniques. Besides the company’s more contemporary offerings which rely heavily on aluminium, most Morgans make use of a steel chassis and ash frame to hold the body in place.

The company’s legendary Plus 8 was recently put out of production, but the similar Plus 4 remains, as does the Roadster 3.7, the three-wheeler and the more modern Aero 8.

It’s also moving firmly into the 21st century with a range of electric cars. While the Plus E project was canned in the early 2010s, this year the company introduced an electric variant of its popular three-wheeler.

Midas is a kit car manufacturer that has been building little sports cars on Mini platforms since the late 1970s.

Like most companies on this list, Midas isn’t well known, but it does have a dedicated following amongst enthusiasts.

Ownership of the company was passed around multiple times before it finally dissolved in 2003. It was soon resurrected though and with the original moulds for one of the company’s cars found in Germany, production was soon restarted.

RiverSimple has been around for a number of years working on hydrogen prototypes. The company has a base in Wales (previously Ludlow, England) with a design studio situated in Barcelona.

Previous projects include the Morgan LIFEcar concept and the Riversimple Urban Car which was an open source hydrogen fuel cell vehicle.

Arash, previously Farboud, has been around since the turn of the millennium, producing mid-engined sports cars. Its most famous car, the Faboud GTS has been passed around a lot.

Farboud sold the design to Farbio, which subsequently merged with Ginetta who continued to develop the car as the F400 and later the G60.

Meanwhile Arash continued to work on new cars, firstly with the AF10 wich promised a 500bhp 7.0-litre V8 from a Corvette or a 2080bhp hybrid powertrain. Neither made it into production and the formula was further refined with the introduction of the AF8 which promised similar numbers but no hybrid option.

Noble is one of those niche supercar manufacturer success stories. While many have come and gone, Noble is in an elite club alongside Italy’s Pagani and Koenigsegg of Sweden to last the distance.

It’s not been without change though. Originally founded in Leeds in the 1990s by Lee Noble, the company is now based in Leicestershire and is under the ownership of Peter Dyson.

Noble currently only makes one car – the wild M600 – which has been in production since 2010 in both hard top and roadster form and retails for around £300,000.

The chassis comes from South Africa, while the engine is a twin-turbo Volvo V8 unit pushing out 650bhp. There’s a lack of driver aids though, which may or may not be down to it being built by a tiny company, but as a result it offers one of the best driving experiences around.

Brooke builds lightweight, spaceframe open-wheel sports cars for the road, and has done since 2002 when it bought the vehicle rights from the defunct Brooke Kensington.

Despite looking like early 1960s F1 cars, Brooke’s creations are very modern cars. Cosworth power, AP Racing brakes, and a bodywork born out of Computer Aided Design (CAD) are the key talking points of the Brooke Double R. Power ranges from 200bhp to 400bhp, while prices are around the £30,000 mark.

Serious words from a company that many haven’t heard of, and they promise serious performance too – 0-60mph in 3 seconds and 0-100mph in 6.5 seconds.

Ariel – the company that has made a success out of not actually building a conventional car.

The Atom, and later the off-road equivalent Nomad have been universally praised, despite their lack of bodywork or any other real defining features.

Both make use of Honda VTEC engines, while the Atom also comes in supercar-killing supercharged and V8 flavours as well.

It only has 19 employees, and builds around 100 cars a year, but every one of those is magnificent.

Believe it or not, Ronart has been around since 1984, producing lightweight sports cars – like pretty much every other niche British carmaker.

Ronart built the Vanwall replicas of the 2000s under license, and currently produces the W152 sports car which looks like a cross between the Shelby Cobra and the Caterham 7.

It’s plans for a more ‘normal’ sports car began in 1999 with the Lightning but after the company changed hands, the project was canned in the summer of 2003. At the time just seven cars were delivered, leaving a further 17 orders unfulfilled.

Bristol is that car company that is usually met with the question ‘does it still exist?’ Well, the answer is yes. Sort of.

Bristol Cars was actually dissolved back in 2011, with a new company set up to take its place and restore older cars. It has stated its intention to resume manufacturing later this year with the new Bullet sports car – a roadster inspired by the old Bristol 405 Drophead Coupe, powered by a 4.8-litre BMW V8.

Don’t get your hopes up though. The project was first announced in 2015 to celebrate the company’s 70th anniversary. 70 were supposed to be built, each at a cost of £95,000 but three years on, not one has been delivered.

Axon is primarily a parts manufacturer, but back in 2008 it unveiled a hatchback that it claimed could do 100 miles to the gallon. It was expected to go on sale in 2010, but a decade after its first unveiling, we’re still yet to see one on the roads.

In the mean time, Axon has focussed on its core business of producing lightweight structural composite components for mainstream automotive and other high volume markets.