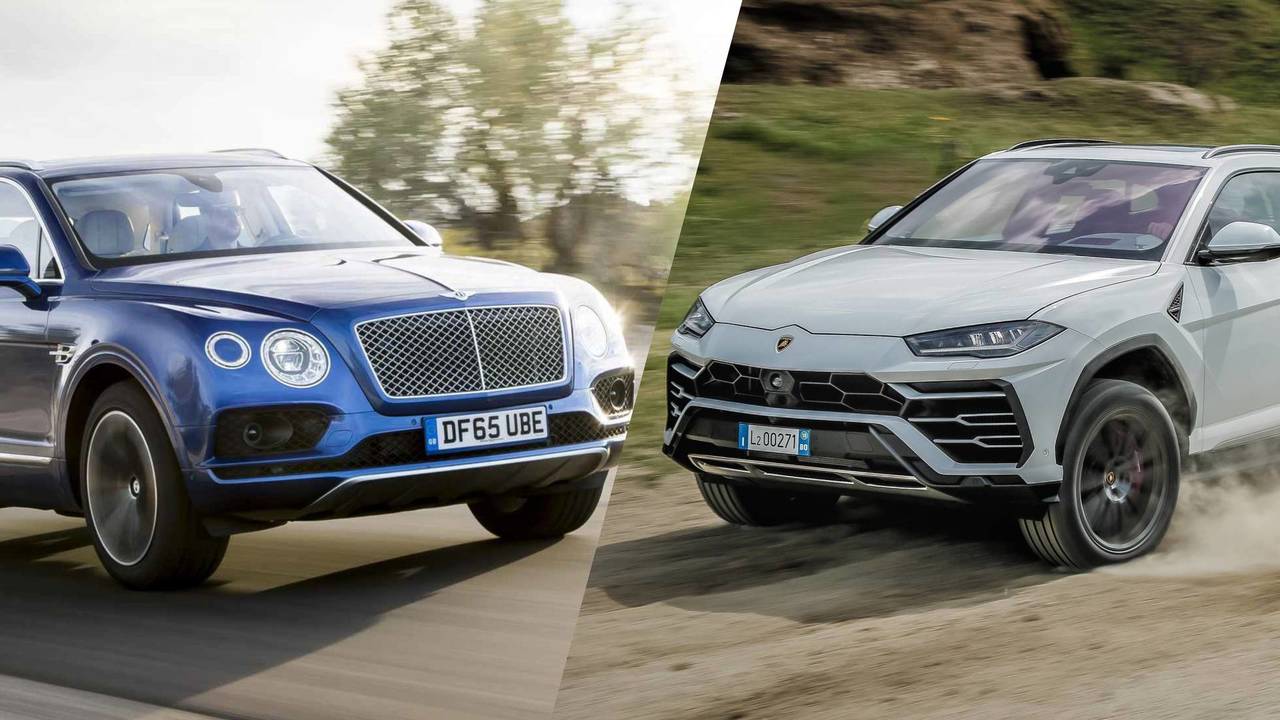 This whole luxury SUV thing has reached new heights in recent years. While Porsche dominated the niche segment for years, it was recently joined by the likes of Maserati and Alfa Romeo; but there are two new top dogs from Bentley and Lamborghini.

Both companies share a parent in Volkswagen, and both ride on similar platforms, but how exactly do the two compare to one another?

As we've established, both are similar, but at the same time they're poles apart. The Bentley is very much the one answering all the questions in class, while the Lamborghini is the more popular brother who captains the football team. The Bentayga's focus is on luxury, while the Urus defines the S for sport in SUV – you can tell it comes from a family of supercars rather than cruisers and limousines like the Bentley.

It's a tough one. Both cut from the same cloth, and both very closely matched. The Lamborghini wins it in the looks department, but only just – neither are desperately beautiful.

Overall the winner would have to be the Bentley Bentayga. It has a range of drivetrain options with V8 and Hybrid choices also available in addition to the standard W12, while the base price is lower – although don't let that fool you, you'll want to option yours up a bit.

While there's no doubt both have been introduced to boost the coffers of Bentley and Lamboghini, the Urus will be the Italian brand's cheapest and most accessible option. As for Bentley, they'll still be selling thousands of Continental GTs to tick that box.