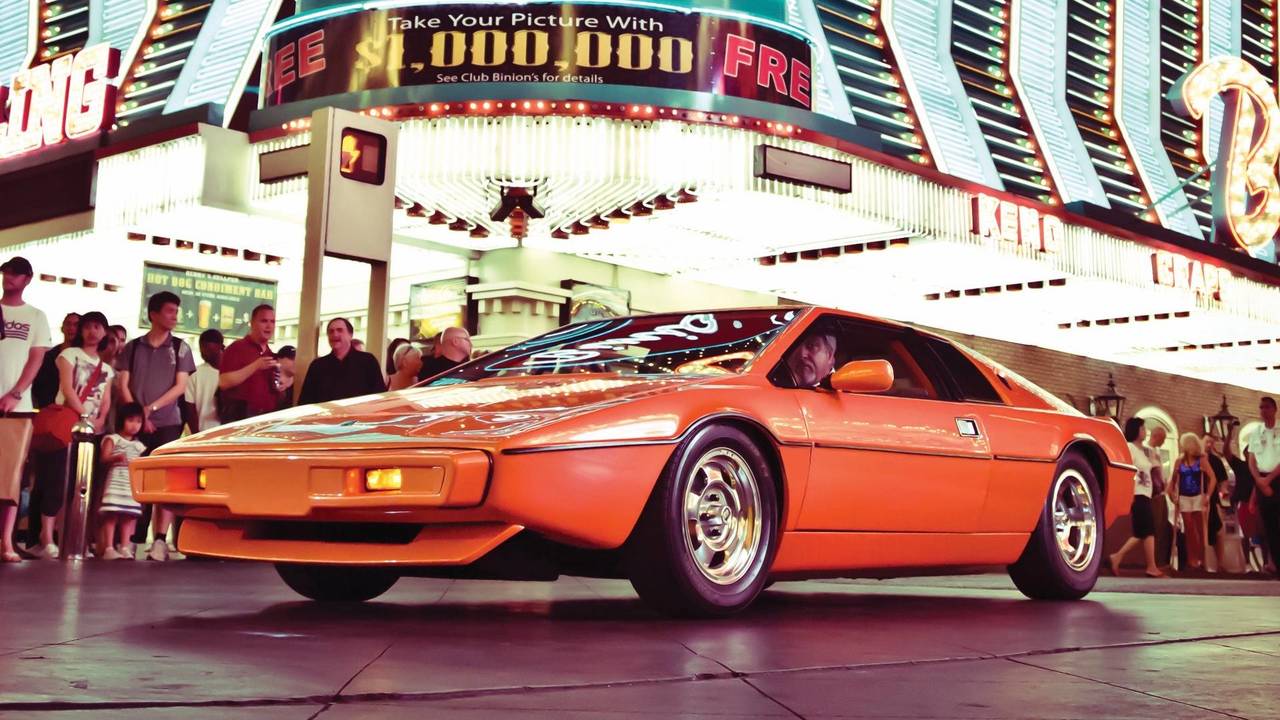 The car that made 007 trade-in his Aston Martin

It’s a British icon, a masterclass in lightweight engineering and was even eye-catching enough to lure 007 from his trusty Aston Martin. The Lotus Esprit was the poster-car from Norfolk that could turn as many heads as those from Maranello.

Project M70 was proposed by Tony Rudd as a new flagship model and successor to the Lotus Elite. It needed to be striking and so legendary design house Giugiaro was tasked to create something very forward looking — they didn’t disappoint.  Becoming one of the first ‘folded paper’ designs, its wedge shape has become timeless. That said, Lotus boss Colin Chapman was originally disappointed with some of the aerodynamic performance and so halted development. It wasn’t until he saw a full scale model that he was convinced to continue.

Something Chapman wasn’t willing to change his mind on was the name. Giugiaro wanted it to be called Kiwi, but Lotus cars of the time all began with the letter E. Esprit was chosen and in 1975 the finished car was shown at the Paris motor show.

The fibreglass bodied car wowed spectators and drivers alike. Underneath the eye-catching silhouette was a steel backbone chassis that was strong but also light. Lotus has always been known for engineering great handling cars, and the Esprit was no different offering composure and agility. Critics of the time loved the car but its 160bhp four-cylinder engine was said to be the weakest part of the package. Lotus claimed an official 0-60mph of 6.8 seconds, although in reality it was around the 8 second mark.

The lack of grunt didn’t put James Bond off as the sports car starred alongside Roger Moore in The Spy Who Loved Me. How did Lotus persuade Bond execs to switch from Aston? A Lotus engineer parked an unmarked prototype Esprit across the road from the scriptwriters offices and left it there for a day. Upon his return the filmmakers were waiting to quiz him on the mysterious car, but he simply drove off without saying a word. When the Esprit was publicly revealed the movie producers immediately called the Lotus factory. The rest is history.

The Lotus Esprit evolved over several generations with the 1978 Series 2 gaining more powerful engines and the Essex Turbo special edition introducing, you guessed it, a turbo. Series 3 added a full-time turbocharged model alongside its naturally aspirated counterpart in 1981. However, it was in 1987 that the car was totally replaced gaining more performance, but retaining that iconic wedge. The ’93 Series 4 was the final generation of Esprit and by this point it was starting to show its age. Rivals were faster and the Lotus’ dated looks didn’t help in the showroom. A glorious V8 model was added to the range with a 0-60 time of just 4.4 seconds. One final styling tweak prolonged the car until 2004 when the final Esprit was completed marking the end of an incredible 28 year production run.

Today Esprit prices are creeping up, but it’s still possible to bag one at a reasonable price. A mint condition S1 goes for around £80k but later cars can be had for closer to £22k.