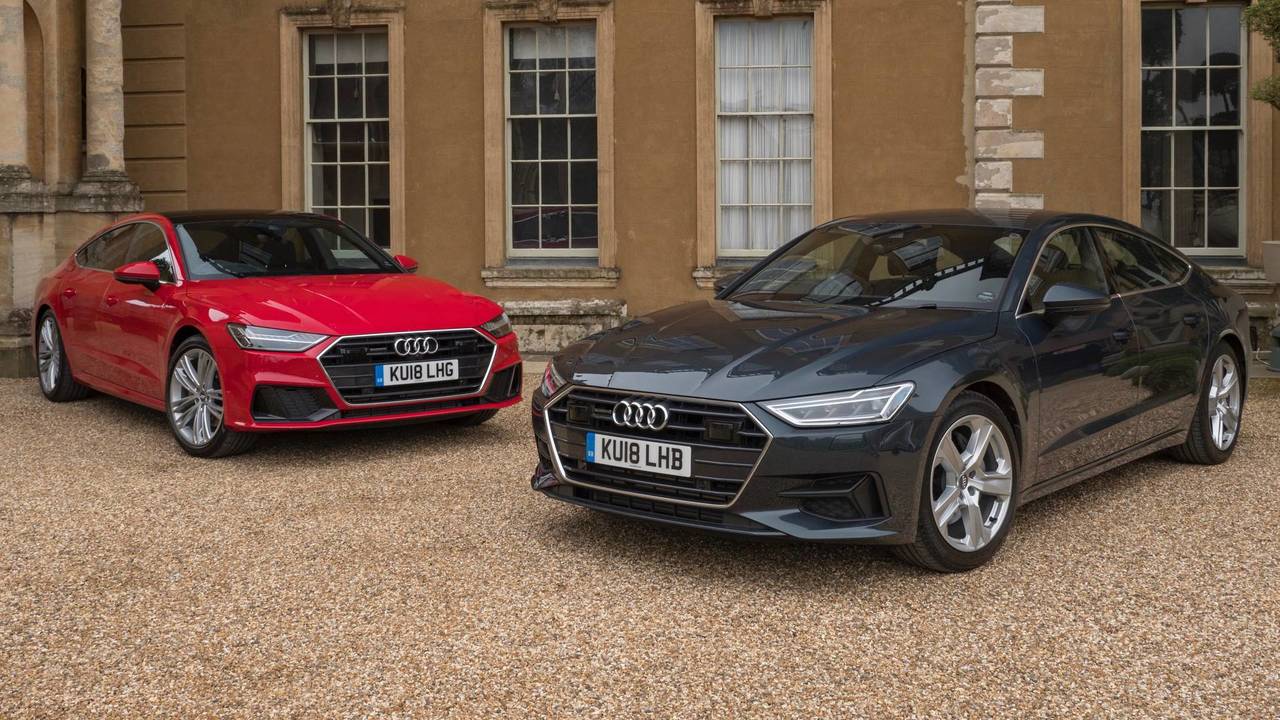 Should new A7 buyers switch from diesel to petrol?

Petrol or diesel? That is the biggest question on the lips of new car buyers as the uncertainty around diesel continues. The new Audi A7 is available in both flavours from launch courtesy of a 50 TDI and 55 TFSI, but which is the best for you?

When it comes to out-and-out performance the 3.0-litre V6 petrol engine of the 55 TFSI outguns the diesel — but only just with a few fractions of a second separate the pair in a dash to 62mph. However, the diesel possesses nearly 100lb ft of torque more than its petrol counterpart, something to think about if you’re more interesting in grunt for overtaking than regularly drag racing your new A7.

If you’re just looking at the list price then there isn’t much separating the A7 models. The V6 petrol   starts from just under £55k and the V6 diesel just over. Theres only around £200 difference and so the total price shouldn’t sway your decision.

Current PCP offers make the petrol slightly cheaper at £520 a month with a near £10k deposit, the diesel is an extra £20 a month more expensive. There’s not much in it, and if you’re regularly clocking up the miles you’ll easily save money running the diesel with its combined 50.4mpg vs the petrol’s 39.8mpg.

The Audi A7 will be a popular choice for company car buyers, but as nice as a shiny executive car is, nobody wants to face mega tax bills. 2018/19 BIK for the pair stands at 32% for the petrol and 34% if you go diesel, that’s £582 or £620 a month respectively at 40% tax. Around £42 a month difference isn’t much, but again, the diesel car will likely save you more than that each month with better fuel economy.

There is a lot of scaremongering going on in the wider media around diesel which has certainly contributed to a dip in sales of late. Should you be wary of buying a diesel A7? Not really. Audi’s new diesel engines meet the latest European emissions standards and so are actually rather clean. It’s older models that many bans and restrictions are referring to. This 50 TDI doesn’t need to worry about the London T-Charge.

The only additional cost UK buyers have to worry about is the government £40k plus tax of which both petrol and diesel A7s are subject to. That’s £310 a year for the first five years of the car’s life.

Ultimately it comes down to what you will be using your new Audi A7 for. Most will be doing long hauls in this four-door coupe, shuttling from executive meetings to the airport. That mileage justifies the diesel, let alone its superior motorway performance.

Some will err on the side of caution and go for the 55 TFSI petrol, still not a bad choice and actually the more refined of the two, but on the basis of economy and punchy motorway overtaking potential, it’s the 50 TDI for us.