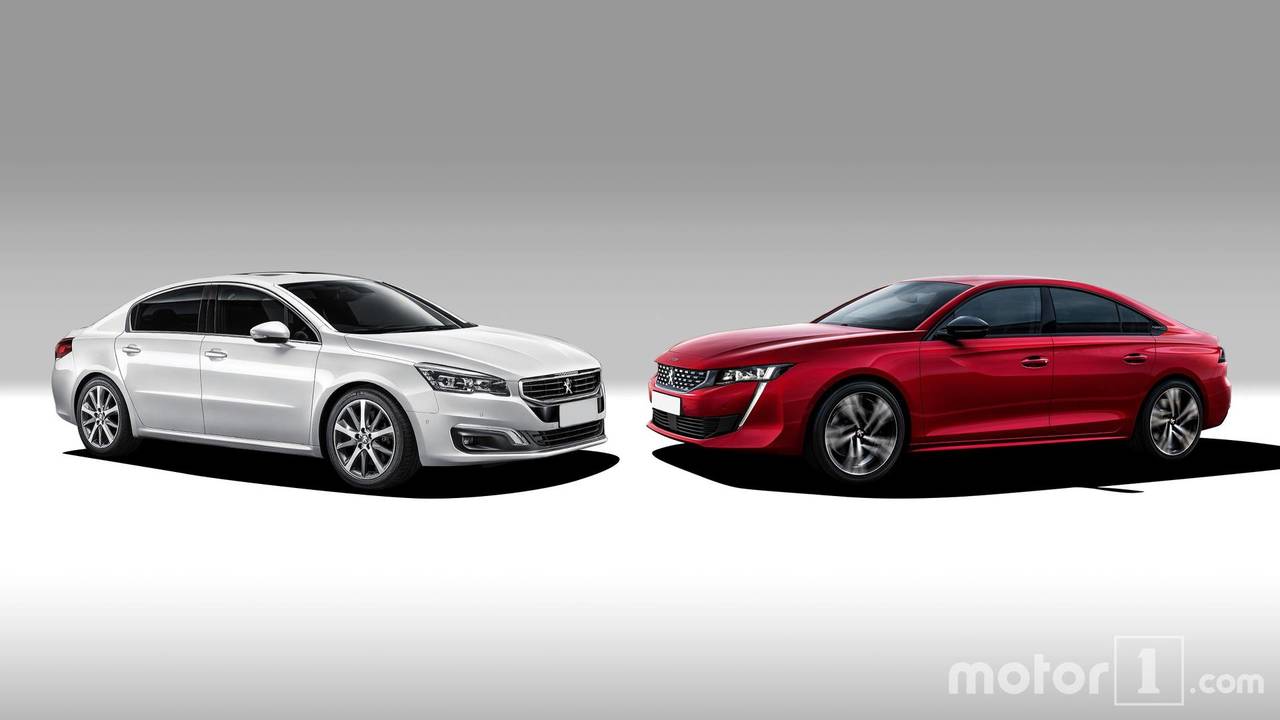 See how the new model stacks up against the car it replaces.

Peugeot has just t aken the wraps off its all-new 508 saloon, which means it's already about time to compare the car with the previous version, which was itself revealed at the 2010 Paris motor show.

On sale in 2011, the 508 replaced the 407 and 607 models, and received a mid-life refresh in 2014. That restyle upgraded both the look and the range of engines. It is this most recent facelifted version of the 508 that we have chosen to compare with the second-generation model that will make its public debut at the Geneva motor show in a few weeks before arriving on our roads in September.

Looking at this new generation of Peugeot 508, it's already interesting to see how dated the previous version of the car already looks. Peugeot has drawn heavily on its most recent concepts for styling cues, starting with last year's Instinct, from where the new 508 borrows its distinctive LED light signature at the front, as well as its sabre teeth.

Peugeot is keen to point out the flatter bonnet on the new car, with a few lines in it to add flair. The chequered grille reminds us of some of the latest Mercedes models to carry a similar level of bling up front.

In the interest of a sportier drive, and with the adoption of the company's new EMP2 platform, Peugeot has completely revised the dimensions of its saloon: it is 80mm shorter than before at 4.75m, 60mm lower at 1.4m, but 20mm wider to 1.84m. And to make it even more visually appealing, Peugeot offers rims that go up to 19 inches.

At the back of the car, you can see the influence of the company's Instinct and Exalt concepts, with the appearance of the black strip that joins the two rear lights and gives the car an extra wide look. The smoky LED rear lights are supposed to remind us of a lion's claw, similar to the lights on the 3008 and 5008.

Inside the new Peugeot 508

Inside the passenger cabin, the new Peugeot is fitted with the company's infamous i-Cockpit – you either love or hate the small steering wheel and high-mounted display, but Peugeot has worked hard to improve the setup over the years. The i-Cockpit is now available in everything from the 208 to the 5008.

In keeping with current trends, the new 508 has tried to do away with as many buttons as possible in order to make the most of the digital touchscreens. You get a 12.3-inch display behind the steering wheel and a 10-inch touchscreen in the middle of the dashboard.

The designers have (reluctantly?) agreed to leave a few buttons in the car – the toggle switches underneath the central touchscreen were first spotted on the 3008 SUV. These are apparently inspired by aviation, but we'll take Peugeot's word for it.

The materials are much nicer on the newer car than the previous-generation 508 – everyone talks about being more premium, but the wood and leather options available on the new Peugeot are very impressive.