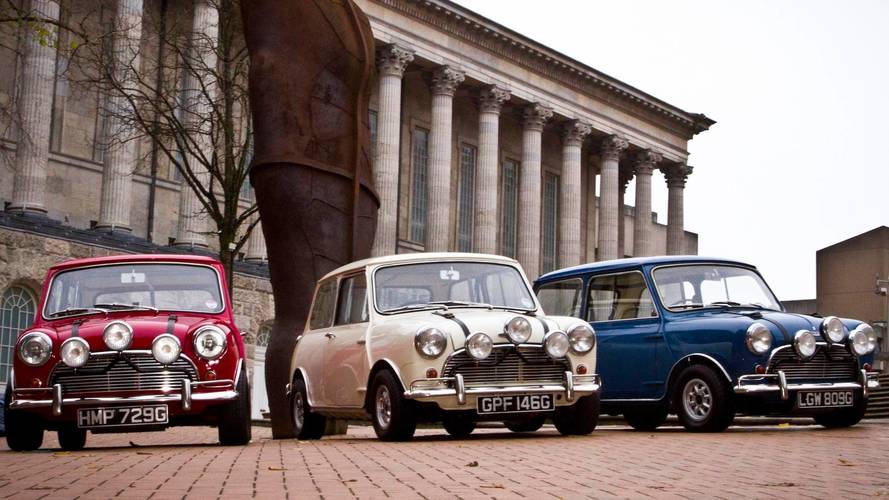 Our pick of those 'supreme geek' moments when you can revel in knowing more about cars than the people who made the film you're watching.

Sometimes you have to be that person. The type who sees a car in a film or on a show and instantly points out the tiny mistake the only super nerds would ever bother themselves with. It’s a blessing and a curse – a curse because everyone in the room with you will think you’re a crushing bore, but a blessing because you know deep down you’re right. Here’s a handful you might not have noticed…

RED 2 is a decent romp featuring highly trained assassins/special ops types in the autumn of their lives occasionally making things go bank for their various governments. At one point in the movie the hero, Bruce Willis, hops in a 997 generation Porsche 911 and goes on a romp around a very pretty European city. Here’s the rub though – his 911 doesn’t sound like a 911. Someone seems to have dubbed a V8 over the traditional (and ace) flat six howl. Oh dear.

After that eyebrow raiser seeing a Lotus Exige shot repeatedly in the engine bay and not slow down seems oddly ok.

WWII flick Ice Cold In Alex is a story of survival in hostile conditions against all odds, humanity at war, and alcoholism. You won’t see any waxed moustaches here, but people sweating a lot, being terribly British about making mistakes, and the occasional swoon. The film’s main vehicle is a military ambulance the heroes must nurse through the desert, but it’s not until the end of the film that automotive guff happens. Our heroes have (mostly) survived and get to enjoy a well earned pint in Alexandria before being shipped out. Post beer they are popped in the back of a Land Rover to be sent on their way, but how? The Land Rover wasn’t conceived until 1947, two years after the end of the war. Whoops.

Ah, Gone in 60 Seconds, some of Nic Cage’s finest work. The premise is simple: steal lots of cars to order else ‘ol Nic’s brother gets killed by Christopher Ecclestone. Each car Nic and his gang have to steal is given a codename so if any cops overhear the crooks nattering about them no suspicion will be aroused. However, Iris the Ferrari should exisit. Iris is supposed to be a 1997 F355 F1: a 355 with an ‘F1’ automatic gearbox. A gearbox that wasn’t available until 1998.

The 1980’s: a decade when the fashion went wonky, the music was questionable, and some seriously cool supercars were in dealerships. The Ferrari F40, for example, was the first production car to break 200mph, the E30 M3 came to life as well. It was a good time for motors. It wasn’t so good that the Lamborghini Aventador was being printed on posters though… Apart from in the Dallas Buyer’s Club universe where a posterised Aventador sits proudly on the wall.

The Italian Job: What a differential a little bit of mechanical knowledge makes

Michael Caine, Minis, exploding doors, Benny Hill being REALLY pervy (seriously, watch it, it’s not ok in 2018), The Italian Job has got it all. But it doesn’t have a great idea of how a Mini works. During the set up for the job there’s mention of the rear differential on the Mini. They don’t have one of those…

Almost every car movie, ever: The mid-race upshift

Every car movie, pretty much, gets manual gearboxes wrong. You can’t just drop a cog mid drag race to get extra speed. You’re either in the wrong gear to start with and have gotten ‘racing’ wrong, or you want to blow your transmission up. Either or. Famously, 2 Fast 2 Furious got this even more comically wrong than most, with Paul Walker's R34 Nissan Skyline GT-R. We tried to figure out how many forward gears the Skyline would need in order to make the race plausible, but we lost count somewhere well over 10.