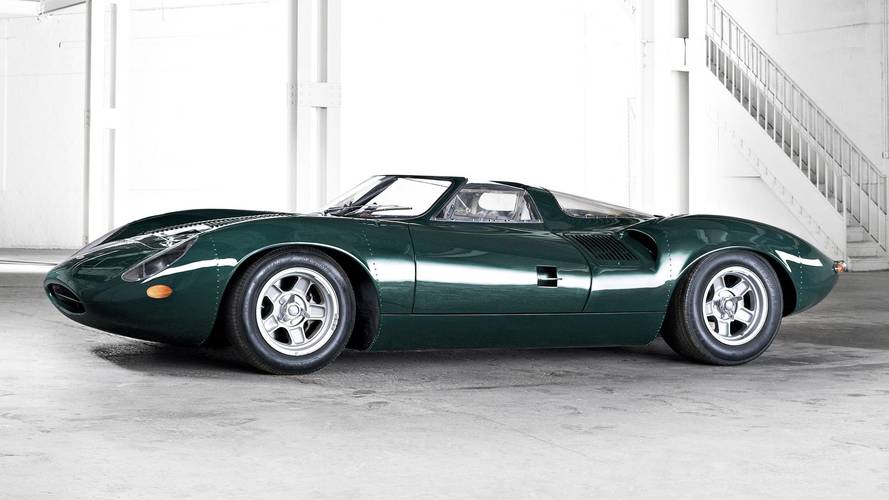 The most beautiful car never to race.

In the early 1960s Jaguar mulled over the idea of going racing with a mid-engined V12 car that would incorporate the latest in design and technology. However, ghosts of the 1955 Le Mans tragedy and other road car priorities meant that the Jaguar XJ13 ended up being the most beautiful car never to go racing.

The plans for this car sat on the drawing board for years with Jaguar's upper management lacking the hunger to push on with development. As a result it took until 1964 for the first 502bhp 5-litre V12 to cough into life. Nested midship, the engine was actually structurally integral to the car, as was the five-speed manual transmission.

The XJ13’s aquatic aluminium profile was the work of Malcolm Sayer who’s time at the Bristol Aeroplane Company made him a formidable aerodynamicist. This low-slung coupe slipped through the air with minimal drag, ideal for the high-speed Mulsanne straight and the ultimate goal of winning Le Mans.

Talented racing driver, and ex-Jaguar apprentice, David Hobbs began track testing the XJ13 in 1966 and even managed to set an unofficial lap record at Mira in 1967. The car was undoubtably quick, but when tests were conducted at full race speed, with the help of fellow racer Richard Attwood, it became clear that it was some way off the new Ford GT40’s pace. Additionally, up and coming regulations would soon restrict engine size to three litres and so the decision was made to abandon the project.

Lessons learned from the racing programme would later help in the development of Jaguar’s road-going V12 engine, but ultimately the Jaguar XJ13 wasn’t developed with the haste required to keep it competitive.

The car sat collecting dust for years until it was summoned to do some promotional work for the V12 E-Type. Chief test driver for Jaguar, Norman Dewis, was behind the wheel for the filming session at Mira. Against the instructions of Jaguar’s director, he drove the car at high speed for the cameras and eventually crashed when an old tyre disintegrated. The car flipped end-over-end several times before coming to rest as a heap of twisted metal. Luckily Dewis survived, but the car was a total wreck.

Sitting as a shameful hulk in a Jaguar workshop for years, a chap named Edward Loades saw the car and offered to restore it using some of the surviving body jigs. His sterling efforts to save the XJ13 payed off and today this one-off prototype still makes public appearances.

It’s estimated to be worth over £7 million.

Jaguars for sale on AutoClassics