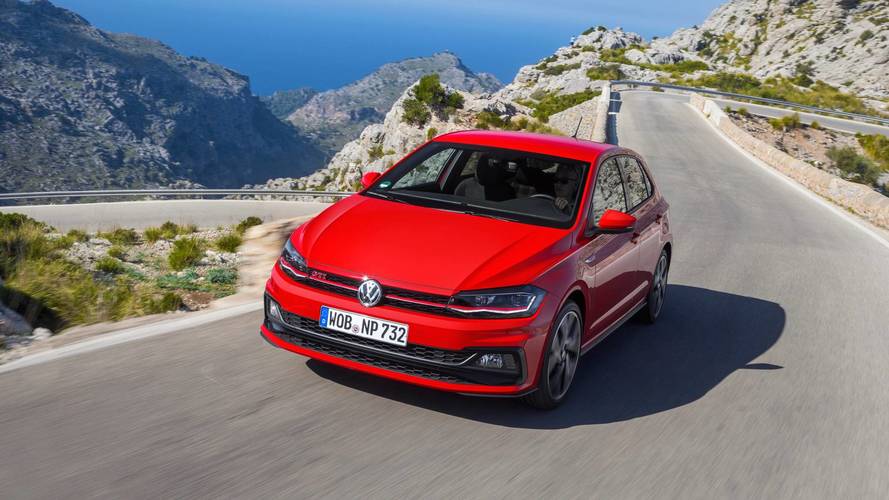 We drove the new Volkswagen Polo GTI at the end of last year, but it seems like a hollow victory to say that the Polo's the best of the small hatchbacks given that the new Ford Fiesta ST hasn't arrived yet. Here, we'll have a game of hot hatch Top Trumps to find out which one's best on numbers alone.

The last generation of the Fiesta ST was an instant milestone in the hot hatch landscape. A modern-day Peugeot 205 GTi, if you will. Even the £26k, limited edition Toyota Yaris GRMN doesn't match the old Fiesta ST for sheer thrills. It was just that epic. And, of course, it leaves a giant reputation for the new car to live up to. A new car that's taken the controversial route of using a three-cylinder turbocharged engine, complete with cylinder deactivation and coasting mode to improve efficiency. There will also be selectable drive modes including Normal, Sport and Track.

The VW Polo, by contrast, has a reputation for being the grown up one of its peers. The fast, refined, easy-living one that's at home in the company car park and outside a posh hotel, just as it is doing ill-advised handbrake turns in a supermarket car park by cover of darkness. Whether the new Polo GTI and Fiesta ST will retain those roles in the 2018 hot hatch face-off, we'll only know when we get our hands on the Ford this summer, by which time the forthcoming manual version of the VW Polo GTI will also hopefully have made surfaced; it's only available with a dual-clutch automatic, currently.

Until then, check out how they fare when you compare the numbers, and have a look a the galleries below.

Given that we haven't driven the Fiesta at all, and haven't sampled the Polo GTI with a manual gearbox or on UK roads, it's all speculation at this point. On numbers alone, given that the Fiesta manages the same 0-62mph sprint with a manual gearbox that the Polo manages with a dual-clutch automatic, and given the lower emissions and lower (predicted) price, we'd be more tempted by the Ford. Mind you, the Polo has a far superior interior and better practicality... Paper, scissors, stone you for it?

Let us know which one you'd pick based on the numbers, by tweeting us @Motor1UK or getting in touch via our Facebook page.