The increase in safety comes with a significant weight penalty.

Formula 1 teams have started receiving the first definitive examples of the halo in recent weeks, giving them the first proper chance to assess the device's impact on the 2018 cars. Every Halo run on track up to now has been a 'fake', representing only the shape of the design.

The testing gave teams some feedback on the aerodynamic impact, and in Abu Dhabi we even saw some early attempts at directing the airflow, within the permitted limits. The drivers and the FIA also had an opportunity to assess the effect on visibility and cockpit access.

Three manufacturers, from the UK, Germany and Italy, have been granted the right to produce the Halos by the FIA. Teams decide from which of the three they source theirs, and how many they want – with prices starting from around £13,000.

What the teams could only estimate until now was the structural impact on their cars. Everyone has had to design and build their 2018 chassis to meet the requirements of the FIA's stringent new Halo static load tests, designed to replicate the impact of a wheel assembly. The teams have had to not only fit the Halo mountings but also bolster the structure around the cockpit.

'There are two tests,' said Force India technical director Andy Green. 'They're incredibly tough to pass, and if you don't pass them, you don't race. Basically they're trying to push the Halo off from just to the side of the driver, with a big hydraulic ram. It's supposed to deform and fail, and the chassis has to remain completely intact, with not a single point of failure.

'You have to break the Halo to prove that the chassis is the strongest part. It's been the focus of our efforts for some time. The introduction of it was so late, it caught everyone off guard. You're up against trying to design a chassis that doesn't fail, while something else is failing around it. It's incredibly difficult to predict how it interacts with the chassis, because it all moves and turns into a different shape.

'We've had a big team of people working on this. The frustrating thing is just the time that we've had to do it. If we'd known about this in March we'd have been in a much more comfortable position.' Force India passed the FIA tests on Monday, and the team is understood to be one of the first to do so. 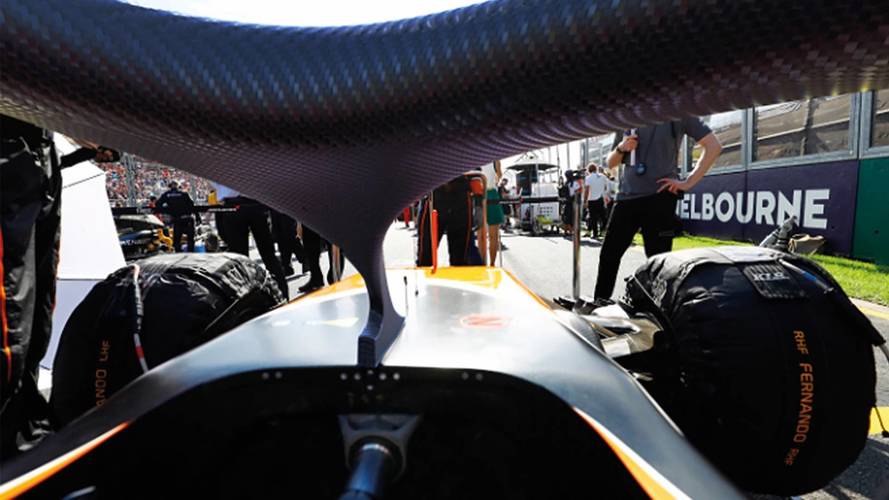 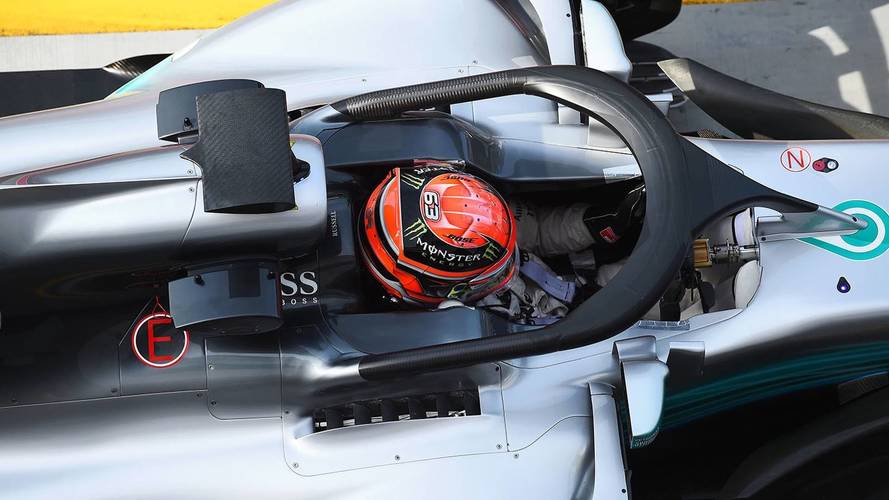 On top of the crash testing, there is a direct impact on performance that could play a role next season. And that comes not from aerodynamics, but weight. For 2017 the minimum weight limit went up from 702kg to 728kg to take into account wider cars and bigger wheels and tyres. For 2018 the FIA has added another 6kg, taking the limit to 734kg, to give some margin for the Halo.

However, the Halo, its mountings and the strengthening of the chassis that is now required has more than absorbed that increase. 'I think total installation weight is around 14-15kg,' said Green. 'About 9kg of that is the Halo, and there's 6kg of mounting, with all the brackets. The structure involved in mounting it is phenomenal, with lots of carbon, lots of metallic bits.'

In recent years teams have found it easier to produce cars below the weight limit, leaving them with scope to use ballast to aid better distribution. 'I can't see our car having any ballast next year,' said Green. 'That impacts performance against the teams that can get ballast on their cars, who can spend the money and make the car lighter.'

Some teams may have found a way to mount the Halo with less weight added to the chassis than Force India has, and those teams are likely to be the same ones who can afford to save weight elsewhere in the car. 'We've had to save weight as much as possible,' said McLaren's Eric Boullier. 'We [F1] keep putting things on the car. It's as heavy as a dead donkey, as we say in French.

'We're still in a luxury position, we have some ballast. The team is doing a good job of saving weight. You just have to work hard to make your car lighter. A lot of teams are struggling, but they already are struggling now [with the 2017 cars], so it's going to be worse for them.'

The change will make driver weight a bigger issue for the first time since 2013, although some have still complained about struggling to hit the limit during the V6 hybrid era. Prior to that, taller drivers like Mark Webber regularly voiced concerns about constantly being encouraged to slim down by their teams, questioning the impact on their health.

'With heavier drivers it's going to be harder for the teams.' said Green. 'It's a decision they make when they employ their drivers. Or the teams spend the money and make the car lighter – they do have a choice.'

It's clearly going to be an issue for some of the taller drivers on the grid, as it was in the past. 'We are aware of it, there is talk about it,' Nico Hulkenberg noted in Abu Dhabi. 'It's a political matter and the teams need to agree to change the weight, but some don't want to. For me as a taller and heavier driver it's definitely going to be a bit of a penalty. The team have already told me there might be some overweight issues for me, and asked me if I could go to a diet. The answer was no!'

Romain Grosjean added: 'My car is already very much on the limit if not overweight this year. If the Halo is really that heavy, it's going to be a problem. I'll have to lose a bone! Honestly, I'm underweight, and I would be heavier if I had the choice.' 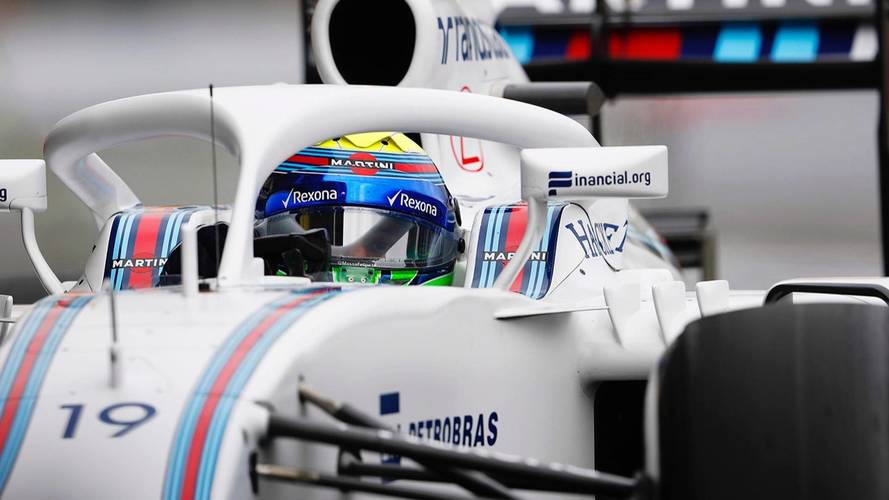 The arrival of the Halo could influence other areas for teams beyond the technical side, as it potentially alters sponsorship opportunities.

'You're not allowed to paint the inside of it, because they don't want the drivers distracted by a particular colour,' said McLaren's Zak Brown. 'But the outside of the Halo, you can brand. It will create extra exposure, but will probably also restrict some of the visibility around the driver.

'The visor is a very valuable spot – that may now become the Halo [instead]. It all depends on how they're going to address the camera angles and the in-car cameras, whether we can make up some of that visual impairment that we think is going to happen.'

Brown has also dismissed suggestions that the backlash from fans towards the Halo will put sponsors off. 'It's early but it will be quite visible, and sponsors want visibility,' he said. 'I don't see anyone saying "I don't want to be on the Halo because I don't like the Halo". If that's a spot that generates commercial exposure, then they'll be happy.'