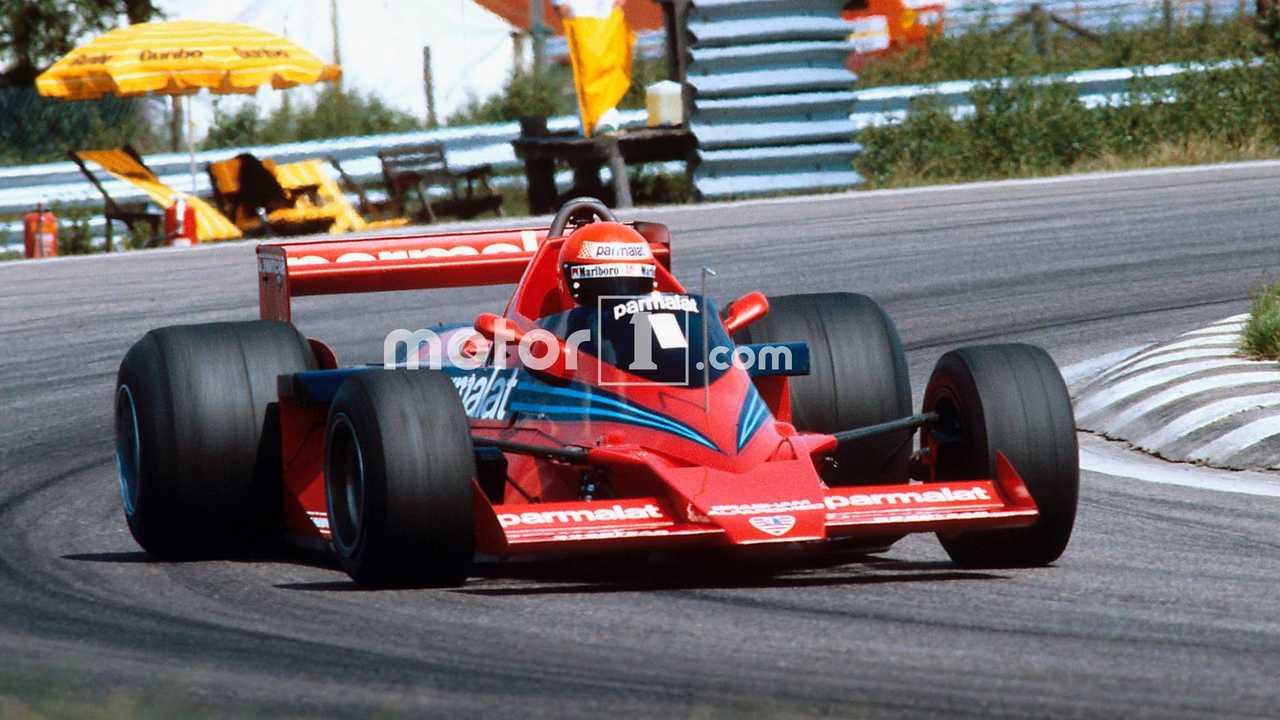 Formula 1 in the 1970s was full of genuine innovation. Engineers worked night and day to come up with genius solutions that circumvented the rules to deliver an on track advantage. The BT46 took full advantage of these creative interpretations of the rulebook.

Designed by Gordon Murray, the Brabham BT46 featured a 3-litre flat-12 Alfa Romeo engine that was powerful, but heavy. In a bid to regain performance Murray created a set of aerodynamic radiators that sat inside the nose. This car was also one of the first to begin using carbon elements in its brakes.

However, the dominant Lotus 79 was still the car to beat with its masterful use of ground effect. By causing a vacuum under the chassis the 79 sucked itself to the ground through fast bends where most others were reaching their limit of grip. This got Murray thinking…what if you could create a permenant vacuum under the car?

The modified BT46 B made its debut at the Swedish Grand Prix and featured a giant fan mounted to the rear of the car. Brabham claimed it was for cooling, but in reality it pulled air through the car and sucking the car to the track. This artificial vacuum allowed the car to generate huge amounts of downforce even through slower corners.

Keen to hide its secret weapon, the Brabham team covered the fan with a dustbin lid when the car was in the pits, but the fan was soon discovered. Protests were bolstered by other drivers complaining that the fan fired debris at following cars, although this was largely untrue. After some debate the car was allowed to race.

Niki Lauda and John Watson were Brabham’s drivers for the 1978 season and it is speculated that they were told not to reveal the true pace of the BT46 B during qualifying. They started the race second and third – behind Mario Andretti’s Lotus.

When the race began it was clear how quick the BT46 B was, however, fate intervened when Watson spun off leaving Lauda as the sole ‘fan car’ in contention.

Even spilt oil on the track didn’t phase the remaining Brabham with its fan keeping it glued to the tarmac. Lauda used the extreme grip his car had to overtake Andretti around the outside of a corner. The BT46 B went on to win by over 30 seconds.

Rival teams were outraged that the Brabham had managed to get around the rules. Lotus immediately started work on its own fan car, but ultimately there was no need. Brabham owner Bernie Ecclestone withdrew the BT46 B from future races. Why throw away such a huge advantage? Politics.

Ecclestone was in the running to become president of the Formula One Constructors Association (Foca) later that year, and continuing to run Murray’s revolutionary car would rock the boat. The BT46 B was withdrawn and Bernie Ecclestone did became president of Foca. An outcome that Gordon Murray is still miffed to this day.

The Brabham BT46 B, a car that Formula 1 wasn’t ready for.