Everything you need to know about the new McLaren Senna 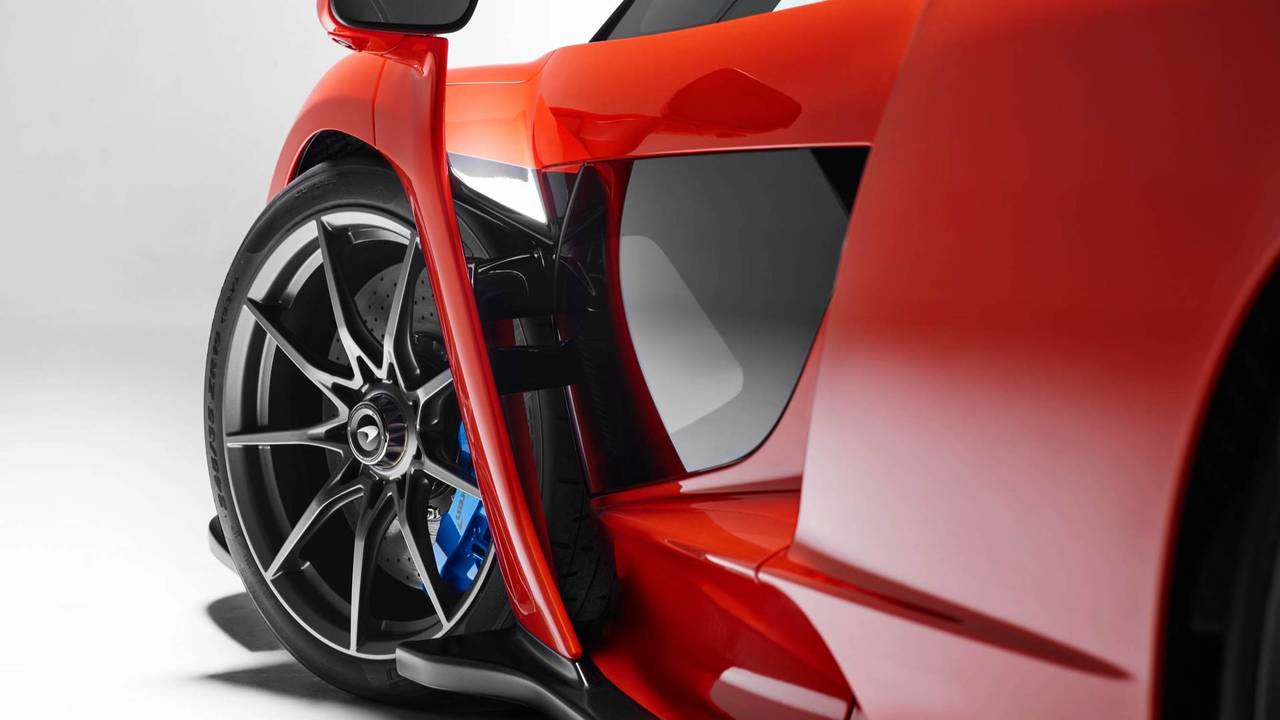 It's the most extreme road going McLaren we've seen.

Ayrton Senna was arguably one of the greatest talents on four wheels, and although his life was tragically cut short more than 20 years ago, his legend lives on. The McLaren Senna is the most track-focused road-legal car the brand has ever made, a car it believes is befitting of the Senna name.

What actually is the McLaren Senna?

It's actually quite simple – designers were tasked with building the fastest, lightest, most engaging McLaren thus far. The result is a hardcore machine that's natural habitat is the track, but wears number plates to venture onto the street.

Beneath the extreme aerodynamic bodywork is a 4-litre twin-turbo V8 engine producing 789bhp and 590lb ft of torque. No official performance figures have been released, but it’s safe to speculate 0-62mph times of around three seconds and lap times faster than a P1.

Innovative carbon ceramic brakes aim to stop this McLaren as fast at goes forward. Each disc takes seven months to manufacture, but they run around 150 degrees cooler than standard carbon equivalents. That means that the size of the discs could be made smaller, and in turn, lighter.

The Senna name is used with the blessing of the Senna Foundation and each car sold will benefit the charity. Limited to just 500 examples, a McLaren Senna will cost you £750,000.

The McLaren Senna isn’t a visually handsome car, but it is scientifically beautiful. Its bodywork has been sculpted in the wind tunnel and by endless CFD simulations without mercy. You can see P1 and 720S influences, but you can tell that engineers won the battle of form versus function.

Air is channeled through much of the car, as opposed to around it, to reduce drag and improve cooling. An underfloor scoop and double rear diffuser create an aero effect that sucks the car to the ground at speed. Areas inducing vacuums are also ingeniously used to suck hot air out of the engine bay.

The large rear wing produces a yet-to-be-specified chunk of downforce, but that isn’t its only job. McLaren’s latest creation features active aerodynamics that incorporate a movable rear wing. This car will automatically trim itself using the wing and flaps mounted at the front of the car for optimal downforce. On straights the Senna will then reduce its downforce levels to cut drag and boost top speed. Unlike the DRS systems found on the P1, this is an automatic system controlled by the onboard computer.

Low weight, not a lightweight

McLaren is famed for its use of carbon and it has put that knowledge to good use when building road cars. Monocell III is the latest incarnation of McLaren Automotive’s carbon monocoque that now incorporates the rear bulkhead. This method makes the car’s core construction incredibly light, but also strong.

Carbonfibre has been used throughout the construction of the McLaren Senna to achieve a dry weight of 1,198kg. The front wing tips the scales at an astonishing 650g and the entire door construction just 8.8kg.

This car is all about driving and McLaren says that it wanted very few cockpit distractions. Naked carbon forms a minimalist interior with the only real landmark being the infotainment system. There are a few luxuries such as satnav, a sound system and a reversing camera, that’s about it.

The carbon seats encapsulate the ethos of the cabin – they are thin, perfectly sculpted and host strategically placed padding for the driver. Each seat will be tailored to its owner.

The most intriguing element of this space is the active driver's display. It folds away to only show a rev counter as the car is dialled up through its modes. This trick is just as impressive as when we first saw it on the 720S.

Obviously the McLaren Senna is no GT car, that job falls to the upcoming BP23, and so storage is limited to a shelf behind the seats. You can fit a pair of helmets and racing suits back there, but not a lot else.

An interesting detail is the lower glazing in each of the door allowing the driver see exactly where the car is positioned. This unique element might find its way onto other McLarens in the future.

What’s in a name?

Ayrton Senna was arguably one of the most gifted individuals on four wheels. Fearless, tactical and often controversial, his talent shone through no matter the car or conditions. The Senna synergy of man and machine was masterful and earned him three Formula 1 championships before his life was tragically cut short. All three were with McLaren.

The Senna family still has strong ties with McLaren as Bruno Senna, Ayrton’s nephew, continues to work with the brand. He has also helped develop this latest car.

The McLaren Senna hits the road late 2018. Want one? Sadly you're too late, as all 500 have been sold with many hopeful buyers on a standby list.