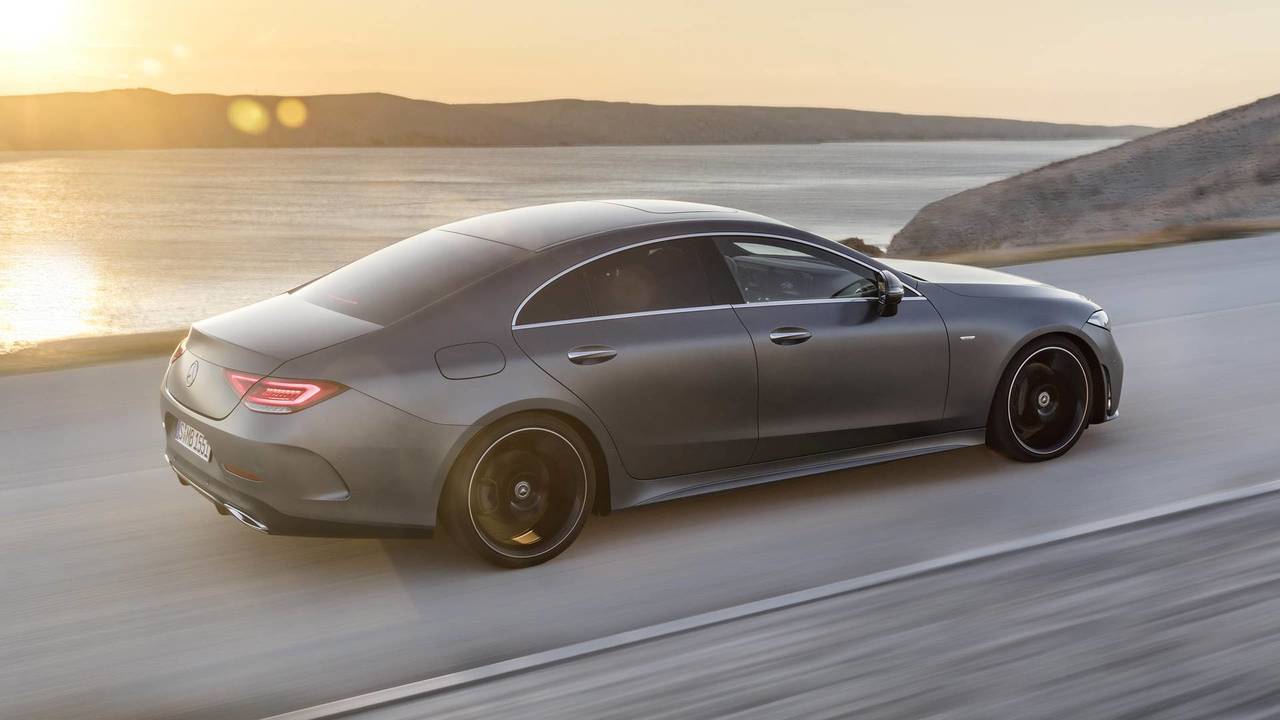 A closer look at the third generation of the four-door coupe.

When Mercedes first introduced the original CLS-Class 13 years ago, it was a totally fresh type of car design, yet it kick-started a huge trend: the four-door coupe.

'The first CLS kind of invented that class, and now we see four-door coupes from everybody in all classes,' says Mercedes' head of design, Gorden Wagener. 'It was the trend-setter, this is why we call it "the original".'

The 2018 CLS-Class continues that legacy with an all-new design that builds upon the low-slung looks and sleek silhouette of its predecessor.

It has striking proportions

'The CLS is always a beautiful, sexy car, and this is why people drive it,' says Wagener. That’s driven primarily by its proportions, with a long wheelbase, short overhangs and that low roofline. 'The CLS has the perfect proportion in the industry. It was the first time designers were allowed to do a car that looks as expressive and exaggerated as a design sketch.'

This is the latest version of a design language that Mercedes calls 'Sensual Purity' – essentially the third iteration of it. Wagener explains that the name and the styling mantra play off the combination of beauty and rationality in design. 'We have something super emotional and beautiful on one hand, and on the other hand very clean and timeless,' he explains. 'It’s like heart and brain, emotion and intelligence.'

Mercedes calls it the 'Predator' face

The aggressive front end uses the grille shape from the AMG GT added to pointed headlights. 'We call it the "Predator face",' Wagener explains, due to the 'shark nose' forward lean to the front end, something that is noticeable from the side view. Those headlights add to the effect with arrow-like day-running lights: 'The triangular shape even increases the wedge, so that gives the car a very aggressive look.'

Earlier 'Sensual Purity' cars had lots of sharp lines and creases, which made sense as an introduction when the design language was still new: 'We did that purposefully to come up with this very expressive design language to make that change obvious.'

But the newest cars – and the 2018 CLS especially – wear a softer look. That’s a deliberate transition, says Wagener, that reflects a cleaner approach to design. 'Modernity through design is typically transferred through something that is clean and pure,' he says, joking that during the design process 'if we like it, we take a line off. If we still like it, we take another line off. That’s our motto'.

By narrowing the passenger compartment toward the back of the car, Wagener says the design creates a provocative shape over the rear wheels. 'Every Mercedes has a shoulder, or let’s say hips,' he says. 'We are back with what we love as humans, you know? That gives a very nice stance'. There’s also a functional benefit: by narrowing the greenhouse, aerodynamic performance is improved.

Spoiler alert – there aren't any

Unlike many four-door coupes, the 2018 CLS doesn’t have any pop-up spoilers at the rear. There isn’t even an upkick to the boot lid – Wagener says that the entire shape of the rear window and the back of the car, along with an underbody diffuser, delivered adequate aerodynamic performance without the need to sully the lines with a wing.

'Typically you need a little ramp here for downforce, but we managed to do it without,' he explains.

Though the cabin design has mostly been carried over from the E-Class saloon, Wagener says his team still wanted to make a strong statement inside. The air vents, for instance, have a unique design: 'We call it the jet exhaust look.' And the use of real wood, stitched leather and cold-touch metals helps deliver an analogue feel despite all the car’s fancy onboard technology.

'I keep saying this is kind of a hyper-analogue feature,' he says, likening it to the enduring appeal of a mechanical chronograph in the era of smartwatches. 'It’s very important to contrast these analogue solutions with the digital world.'

Wagener says it's a dream to style the CLS

With the opportunity to make more of a statement on this sort of car than on, say, an E-Class saloon, designing the CLS-Class gives Wagener and his team a lot of freedom.

'These are dream proportions for a designer, with the low roofline, steep angles in the windscreen,' he says. 'It’s fun to design that car and it allows us to do such clean stuff.'