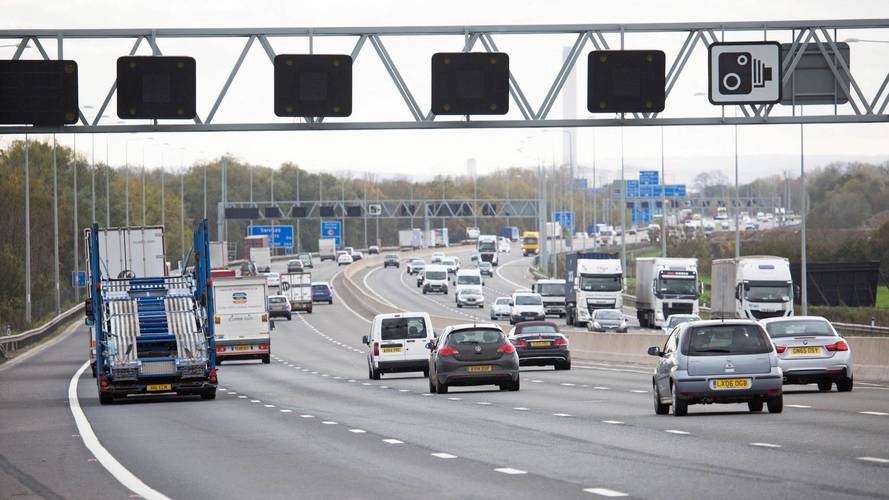 They are big and they are clever.

Everything with smart in the name is better, right? Like iGadgets or apps, they offer something intrinsically better than what went before.

Actually, they tend to offer exactly the same as what went before, but with jazzier packaging and electronics that will break more often. So it goes with the motorway network.
Highways England, the company that runs the UK’s motorway and A-road networks, was founded by the coalition government in 2015 to try and save a bit of money and pave the way for nationwide road charging schemes.

As part of a £15bn road investment plan between 2015 and 2020, money was put aside to upgrade part of the motorway network to so-called ‘smart motorways’, which were first trialled back in 2007 as a way of keeping traffic flowing.

How are smart motorways different?

The main difference is that the hard shoul­der is used for traf­fic, either per­ma­nently or at peak times, to cre­ate an extra lane and pro­vide addi­tional capacity.

Road sensors are installed to monitor traffic levels and change the speed limit when needed to smooth traf­fic flow. This is supposed to ‘reduce frus­trat­ing stop-start dri­ving and improves your jour­ney reliability’, says Highways England.

Warning signs are installed to warn about upcoming hazards or provide extra information for drivers. Overhead gantries are also used to close lanes in the event of an accident or to let emergency vehicles through.

Emer­gency refuge areas have been built on all smart motorways to pro­vide an area of safety fol­low­ing a break­down. If you are dri­ving at 60mph you will reach a place you can stop in an emer­gency every 75 sec­onds on average, says Highways England. Each refuge area has an emergency telephone that connects to a regional control centre and will pinpoint your location immediately.

Why even introduce smart motorways?

More technology is always better, right? Using the hard shoulder for running at peak times is the easiest and cheapest way to increase road capacity. Highways England says that smart motorways improve journey reliability by 22 percent and reduce accidents, so who are we to argue?