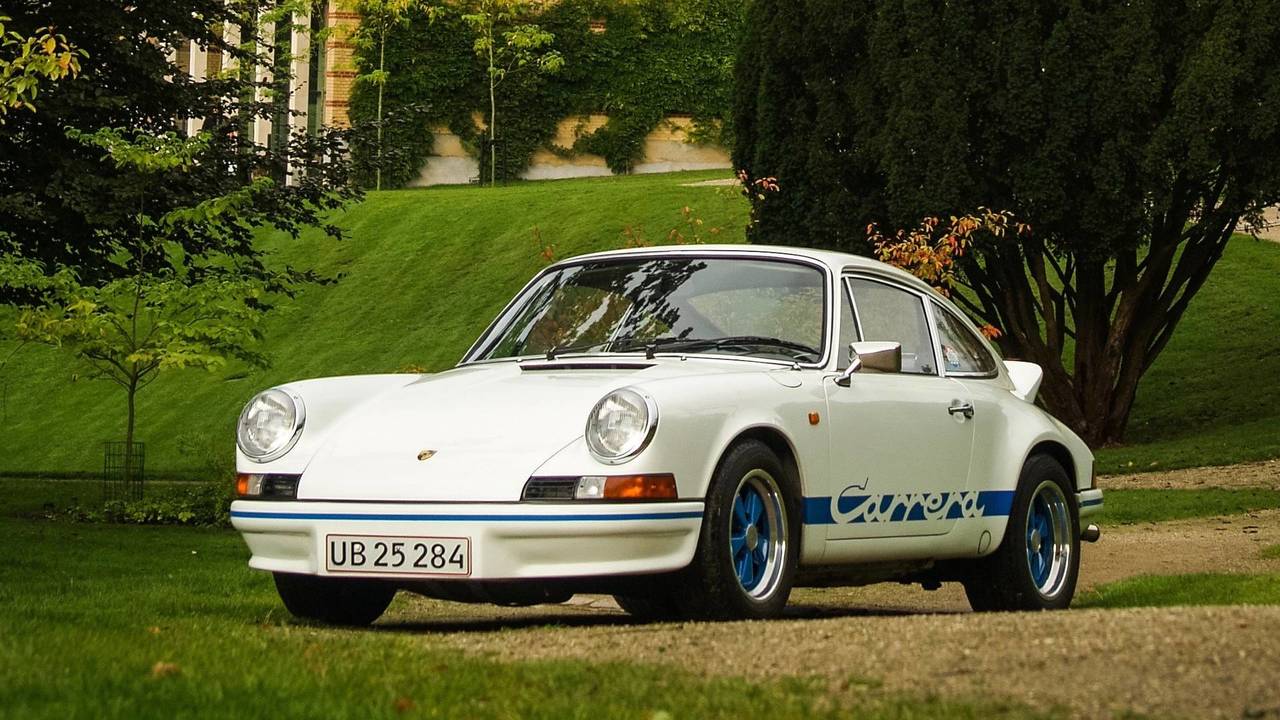 Few cars have as many rabid fans as the Porsche 911. Its predecessor, the 356 was built to sate Ferdinand Porsche’s need for a sports car that simply didn’t exist, and used an ‘engine at the wrong end’ approach. It worked, and Porsche has gone on to sell over a million examples of its 911.

Porsche gets under your skin, some say, and once you’ve had one you’re unlikely to stop there. Over the years there have been a ton of special/limited editions – the Sport Classic, Speedster, GT3, GT3 RS, GT2 RS, 50th Anniversary and more. Each slightly different, each with its own quirk to set it apart from the other 999,999 911s out there.

Used values of 911s are, frankly, insane, especially the further back over its history you look. Few are as coveted as our hero: the Carrera 2.7 RS. It’s basically the holy grail of 911s – limited numbers, lightweight, distinctive, chuffing quick.

As was the way with Porsche in the 70’s, racing was all. If it had a Porsche badge on it, chances are there was a racing variant plugging around a track somewhere in the world. This time, Group 4 GT racing was Porsche’s target, and it needed an up to snuff 911 to take on all comers.

The Carrera RS got its name from the 356 Carrera that took victories in the Carrera PanAmericana race series in the 50’s (it borrowed another name from that series for its motors as well), and to keep the FIA happy Porsche had to produce at least 500 of them for the road. Of course, the road and race cars had to be related, so some fairly drastic measures were taken on the road car to ensure it would match its racier sibling.

The RS got a 2.7-litre engine with 210bhp, a ‘ducktail’ spoiler, big brakes, wider rear track and arches to match, as well as revised suspension. Two versions were released, a Touring and Sport Lightweight model. The Touring car was there for use on the regular, and weighed in at just 1075kgs; the Sport Lightweight was 100kgs lighter thanks to thinner steel and glass.

1580 Carrera RS’ hit the road, so the FIA was happy to let the Carrera RS go racing. But the 2.7 RS wasn’t the end of the story – a 3.0-litre car with more power came out later with a chassis similar to that of the ’73 Carrera RSR and brakes from a 917 race car.

RSR versions (actual race cars) like the RSR 3.0 and RSR Turbo followed, with the Turbo achieving good results on track, proving to Porsche that turbocharging may well be the way forward.

So it was light, fast, and limited. At the time it wasn’t the cheapest 911, but paying more for less car isn’t something we have a problem with today, is it?

The good thing is: there are still plenty of them left. The bad thing is: they rarely come up for sale and when they do you most certainly can’t afford it. A lightweight RS at a recent auction in the UK, one of only 19 right hand drive cars with plenty of provenance and a fresh resto job, went for £764,375 ($1,013,790.56 at today’s exchange rate). That’s the reason so many of them are now squirrelled away in garages rather than driven as Porsche intended.

When Porsche built the Carrera RS you have to wonder if it knew what would come of it, and whether it knew the line it would spawn. Y’see, without the 2.7 we wouldn’t have the likes of the GT3, GT3 RS, GT2, etc. Each legends in whichever era they appeared, each exciting drivers and Porschephiles all over the world. Not only is the Carrera RS a legend, but it spawned a long line of them as well.

Porsches for sale on AutoClassics