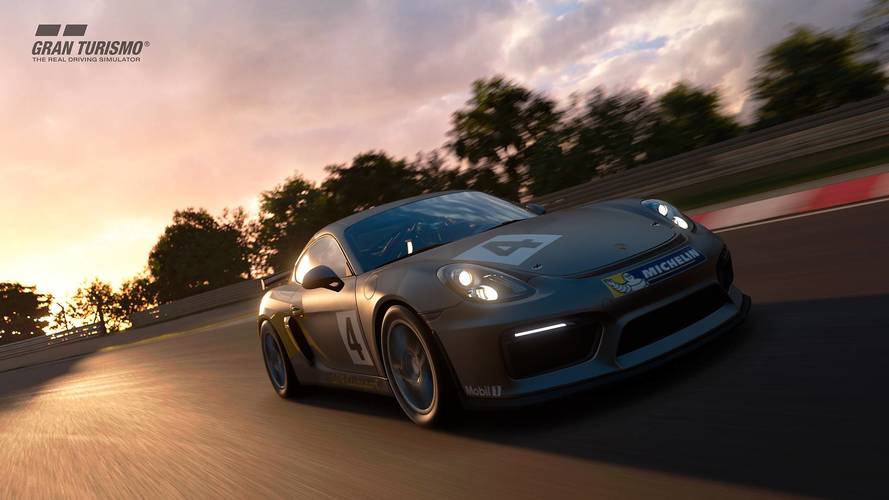 Attempt one of Gran Turismo Sport was a bust. The servers were down, arcade mode only went so far, and time was not on side (but it did mean Motor1.com got reviews of a Seat Arona, a Jaguar XJR575, a look at the Apollo IE, and some quality time with Bloodhound SSC, so… I wasn’t just twiddling my thumbs), but a free Sunday means more time to play with Gran Turismo’s latest incarnation.

Booting the game up for the second time showed that, as expected, all my save data from the server’s downtime was lost, so I got my first ‘gift car’ back. The same Hyundai Genesis, but silver this time rather than red. Ah well.

As is tradition with a GT game it’s important to get your driving test done, so I set about ploughing my way through the ‘beginner’ tests. It starts out easily enough: drive in a line, drive in a line and turn around stuff, drive in a line and stop a car. All against a fiendish clock that cares not for your puny human excuses. Perfectionists will find it frustrating as all get out but ultimately satisfying when you snag a gold trophy. Those who care not for perfection (hello) can breeze through most tests without too much difficulty – get a bronze and the meagre rewards that go with it, and move on to the next.

Long-time fans of Gran Turismo will know how much it loves a menu and Sport is no different. Each test is preceded by a screen showing off how shiny the track you’re about to drive on is, then the tiniest instructions of what the activity actually is. On my 43-inch screen I had to get fairly close to see just what it was I was supposed to be doing...or I'd just press ‘go’ and wing it a few times until I figured it out.

It was the licence tests that threw up a sign that all was not well in GT Sport-land. During a braking exercise with a Bugatti Veyron, you’re shown the awesome power of the thing, but not of its brakes. Once the largest stoppers ever fitted to a car, the Veyron is capable of stopping from 100mph rather quickly in the real world. In Gran Turismo Sport it is not. It’s as though the developers fitted the car with brakes from a hot hatch, not a hypercar.

Getting through a set number of exercises gets you a ‘reward car’, presented on a rotating wheel with a spotlight highlighting the cars’ silhouettes. Often there are glimpses of what looks like Bugattis, Mustangs, etc, yet the wheel seems to settle on utter mediocrity. One step to the left you’d end up with a Veyron, but no… a Mazda 6 for me. Huzzah!

Getting through the beginner licence tests is easy enough – a little dull but a formality to set yourself on the track to beating AI opponents in the game’s many race series. Except there aren’t any. Gran Turismo Sport doesn’t ‘do’ old school GT stuff. It’s all about quick driving challenges, time trials, learning to drive, arcade, and online.

Instead I decided I wanted to add a Jaguar F-Type R to my garage and, being a bit short on credits, decided to do some challenges. They’re simple driving missions that get progressively harder the more you do. ‘Overtake X number of cars before the lap’s done’, ‘knock over cones’, etc. Again there are trophies depending on how well you do, but it’s a little repetitive. If you love perfection it’s ideal. If you just want to race stuff you’re best off in Arcade or online.

After a few challenges my interest began to wane and I had to take a break. It’s been very precise so far, but nowhere near the fun of GT2 or GT3. I did notice something interesting though: Gran Turismo Sport seems to love the smell of its own farts. Every menu screen seems to hide the information a player might need away up in a corner, and instead concentrates on showing off how shiny its car models are. Yes, it’s VERY pretty (especially in 4K HDR), but c’mon – I want to race cars in Gran Turismo, not watch a designer showing off about how accurate their model of a Mazda 6 is.

So far Gran Turismo Sport has left me uninspired to play on, but maybe online racing will throw some fire in my belly. Maybe.