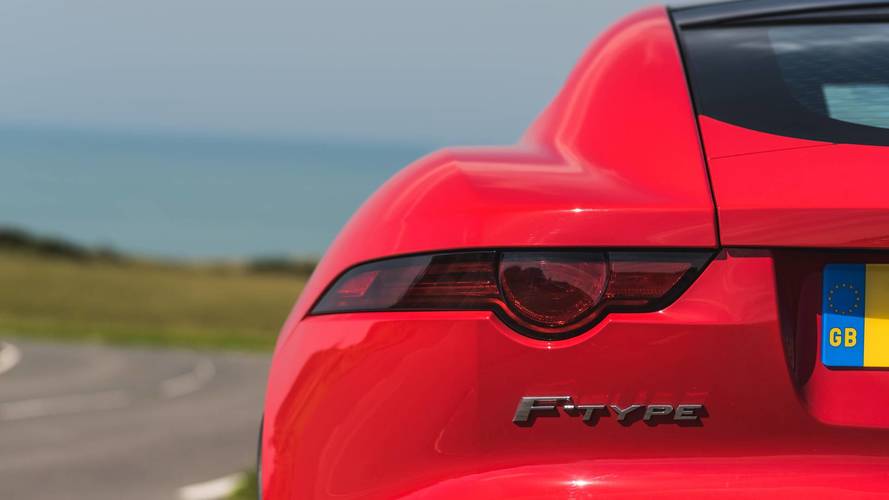 Denmark to London in one hit? In an F-Type… sure.

Occasionally you’re in the right place at the wrong time. For example, having breakfast getting ready to film a range Rover Velar when the unexpected offer of taking a new 2-litre Jaguar F-Type home crops up.

The only problem here is that the F-Type, like me, would be at Copenhagen airport and home is over 700 miles away in London. Luckily, some people are stupid enough to forgo a couple of hours on a plane and a good night’s sleep in exchange for seeing what the latest entry to Jag’s sports car line up is actually like. No test routes to flatter the car, no support if things went wrong (well, they did leave a few numbers to call just in case, but help would likely be hours, not moments, away) – just me and a motor. Perfect.

The F-Type’s been around a few years now and the 2-litre car was launched shortly after a facelifted model line up appeared. Now you can get yourself a turbo four, supercharged V6, or supercharged V8 (the latter two motors in various state of tune), all wrapped up in one of the finest designs out there. At launch in 2013 it was lauded as being brilliant, a mix of Jaguar’s softer edged feel and, in the V8, utter savagery. But you don’t see many around, do you? Probably because it’s not a Porsche. It’s a halo car for Jaguar, the one that entices you into a dealership only to have you realise that you can’t actually fit kids in the boot, but it’s OK because there’s a lovely 2-litre diesel XE in the back and it’s almost the same. Honest.

Porsche’s 911 is a handsome car, and a bloody good one, but it just doesn’t look as good as the Jag. The top end cars don’t have the same V8 bark and visceral nature as the Jag either, but it’s the ‘safe’ choice. And when you’re looking to drop £LOTS on a car, oddly, safe is what you want. So how do you go about selling more pretty cars? Smaller engines are the answer, as are lower price tags. All of a sudden you’re not looking at 911 buyers any more, but Cayman and Boxster customers. And lo, the 2-litre F-Type was born. Jaguar gave it a turbocharged four cylinder engine with 296bhp and 295lb ft, so it’s hardly lacking for grunt. It’ll crack 0-62mph in 5.4 seconds and run up to 155mph. Ideal, then, for a run back to London via Germany…

Inside, the F-Type has barely changed from launch, so it’s still pretty. The updated infotainment, told me I didn’t have enough fuel to get from Denmark to London in one go. Fair enough. A mile or so down the road you notice there’s less weight in the front end, it turns in more keenly, feels a little less… serious compared to its siblings. Less weight is a bonus for fuel economy as well, Jag reckons it’ll manage 39.2mpg on the combined cycle.

It wasn’t until I got to the ferry linking Denmark to Germany that I remembered a fairly irksome flaw with F-Type – it’s wider than the ferry itself. Presence is something it has in spades, but to get that it needs to be wide and low, and boy is it wide. There was just enough space to crawl out of the door with a car parked next to me, but I did make a mental note not to take it to Asda when I got home.

An hour or so later it was time to put a plan in to action. 1) Squeeze in to the car while the occupants of endless MPVs stare at the man in the red sports car (it still turns heads) 2) Get to somewhere near Essen for about midnight and be ‘that guy’ and see if I can crash on some chums’ couch 3) Sleep a bit 4) Get back to London.

Part one went OK, a little dignity lost but not much more than an average day. Part two… went too well. See, after obeying the speed limit through northern Germany. I found myself on some derestricted autobahn. Power on the autobahn is always fun, tending to lead to triple figure speeds, big grins, and a hope that some clueless moron won’t pull out on you. Applying shoe to floor, the F-Type’s motor didn’t exactly roar, more make its presence known and gets on with its job. The claimed top speed of 155mph, with a clear run, is achievable if uncomfortable. You get the sense that the car isn’t keen on being pushed so hard, but wind it back down to 120-130mph and you can cruise for as long as the tank lasts. Because of this, plans to be in Essen by midnight were scuppered, because I’d ended up in The Netherlands. I opted to power on and see how far I could go before pulling over.

The car’s looks continued to appeal deep into the night. A group of bikers on Dubai plates nodded and waved as I went by. We held a convoy for a while, breaking the banality of endless motorway miles until they went off to find somewhere to sleep. If part two of the plan couldn’t happen, part three still needed to.

A minor problem raised its head... I had no idea where I was, and Dutch service stations don’t come with hotels very often. So I did the only sensible thing – decided to find a service station car park and see how comfy the Jag is to sleep in. As it turns out, not very. I pushed the drivers seat as far back as it would go, reclined it as far as the bulkhead would allow (not much) and passed out. I woke cold, with a killer backache, hoping sleep dribble wouldn’t stain the leather. Still, Belgium wasn’t far out and I was sure my jacket would dry the drool.

Soon enough northern France made its appearance. The only remarkable thing about northern France is that it’s completely unremarkable. It’s almost always grey, there are no interesting landmarks by the autoroute’s edge, and because the speed limit is 130kph you have to look at it for far too long. On the upside, the Jag’s infotainment system was working wonderfully. They’ve always been a touch hit-and-miss. The day before, in the Velar, the navigation had decided that all the place names would be presented in Arabic, while keeping everything else English. Yet the F-Type trucked along just fine.

Getting to Le Shuttle was easy enough, but the Jag’s width became an issue loading it on the train to England. There was much puckering and hoping it wouldn’t end up with shinier alloys thanks to the very narrow cabin and high-enough-to-make-you-squirm kerbs. Rather than using the journey to sleep, I reflected on the car. It looks like an F-Type, feels like an F-Type, and is pretty quick. It’s a cracking car. But then I had a horrible thought: The VW Golf R exists. It has similar power, is about £20k cheaper, is faster to 62mph and I bet the drivers seat would recline all the way back if you asked it to. The tech that VW has used to make its average car faster than it really should be, has been used to make an extraordinary car slightly more average. Yes, they’re both very different, but in a heart vs head argument which would win?

An interesting thought to ponder back to London...and that I did. Lugging the Jag through the city’s hideous midday traffic, nodding at people gawping at the looks, playing with the ZF eight-speed gearbox to make the exhaust crackle away from traffic lights… The Golf would be easier to live with, sure, but it’s not exciting like a sports car, is it? Arriving outside my home, regretting some key life choices, I squeezed myself out of the car once again, grabbed my overnight bag, and slept on my face. The Jag sat, still raring to go. Preferably at 120mph through Germany, accepting glances from admirers.